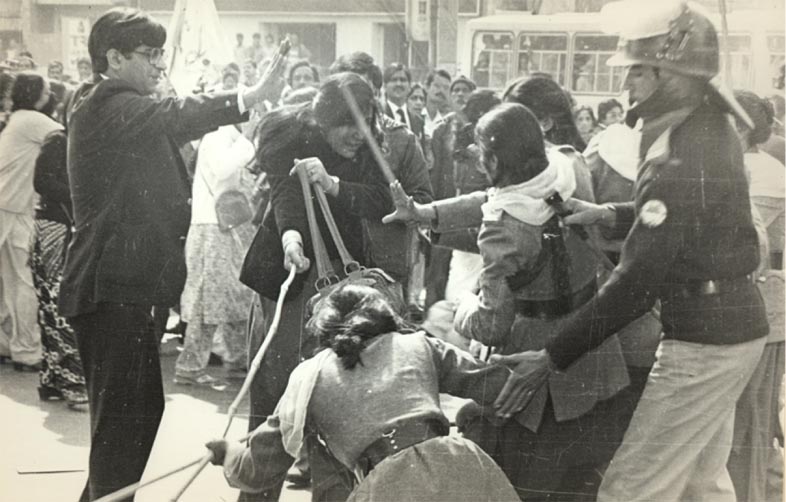 Aslam Khwaja, author of the recently published book, People’s Movements in Pakistan, chronicles the resistance of the people of Pakistan against state oppression. The history of the struggle includes protest, political activity and literary endeavours supporting the cause of human rights and freedom of expression.

One of the book’s eight chapters is dedicated to the women’s struggle for equality and rights. Khwaja traces the women’s struggle back to the beginning of the 20th century, referring to the memoirs of Ram Saran Nagina of Lahore. He recalls women political workers of different eras and mentions women’s organisations like the All Pakistan Women’s Association (APWA), Punjab Khawateen Sabha, Democratic Women’s Association (DWA), United Front for Women Rights (UFWR), and Young Women’s Christian Association (YWCA).

These organisations were all precursors of the Women’s Action Forum (WAF), a movement that rose up in the dark days of General Zia-ul-Haq’s dictatorship.

WAF was founded in Karachi in September 1981 and spearheaded resistance to the anti-women laws promulgated by the dictator. The Lahore chapter of WAF was founded soon after. On February 12, 1983, a protest was called by WAF Lahore and the Punjab Women Lawyers Association (PWLA), triggered by the Council of Islamic Ideology (CII)-recommended Law of Evidence that upheld the testimony of a male as equal to that of two females in a court of law. The protest was a defining moment in the movement against the Zia regime, as the women who came out to join the march were severely beaten and many were arrested. In the long run, the government’s repressive action only served to widen the role of women in the country’s political space. The date is marked as Pakistan Women’s Day, and is commemorated every year.

Academics, rights activists, and political workers from that period who are still active often recall their memories of the nightmare that was the Zia era, especially for women and religious minorities, and the spirit of resistance that sustained them. For the younger generation, there is a lot to learn from the experience of those who fought so courageously against a repressive regime. Khwaja, being active on the political front during the Zia era, has also extensively covered different aspects of the Movement for the Restoration of Democracy (MRD). 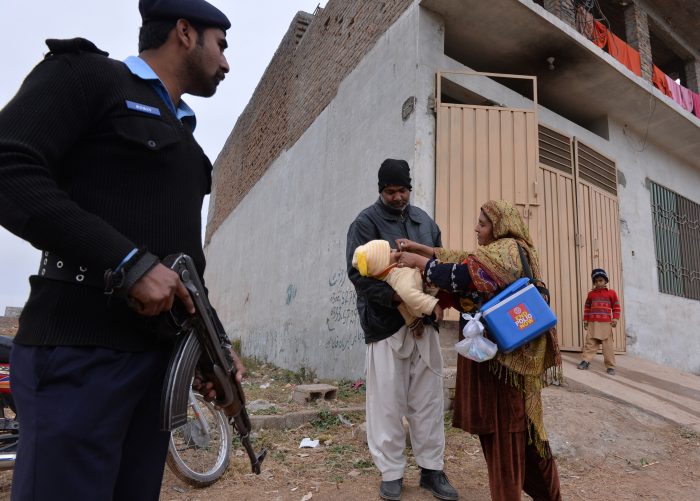 A protest held on January 19 in Karachi this year, against the disappearances of political and social media activists, also had women at the forefront, though standing side by side with an equal number of men. The protest followed a joint call from the Girls at Dhabas (a feminist group), the National Students’ Federation (NSF), and other civil society organisations including the Human Rights Commission of Pakistan (HRCP), Aurat Foundation and Tehrik-e-Niswan.

Women in the front rows of the march were manhandled by the police, and attacked by a right-wing religious group that tried to hit them with stones.

Soon after, a hate campaign was launched by the Karachi-based right-wing newspaper Daily Ummat and by the notorious television talk show host Aamir Liaquat, on Bol News. Liaquat continued to incite violence against the missing bloggers by accusing them of committing blasphemy, and started a character assasination campaign against activists supporting the bloggers and agitating for their release.

Among others, he had previously attacked Ayesha Siddiqa, Jibran Nasir, Owais Tohid, Nazish Brohi, Imtiaz Alam and Mehmal Sarfraz. This time he went after Sheema Kermani, artist, classical dancer and founder of Tehrik-e-Niswan, an organisation that had called for the protest.

The federal government and the judiciary were, for once, quick to move against Liaquat’s incitement to violence. Liaquat and his hate campaign suffered a blow when the Pakistan Electronic Media Regulatory Authority (PEMRA) slapped him with a ban, and the judiciary upheld it. Federal Interior Minister, Chaudhry Nisar Ali Khan, rubbished the blasphemy allegations against the bloggers, and except for one, all bloggers returned home on January 28. 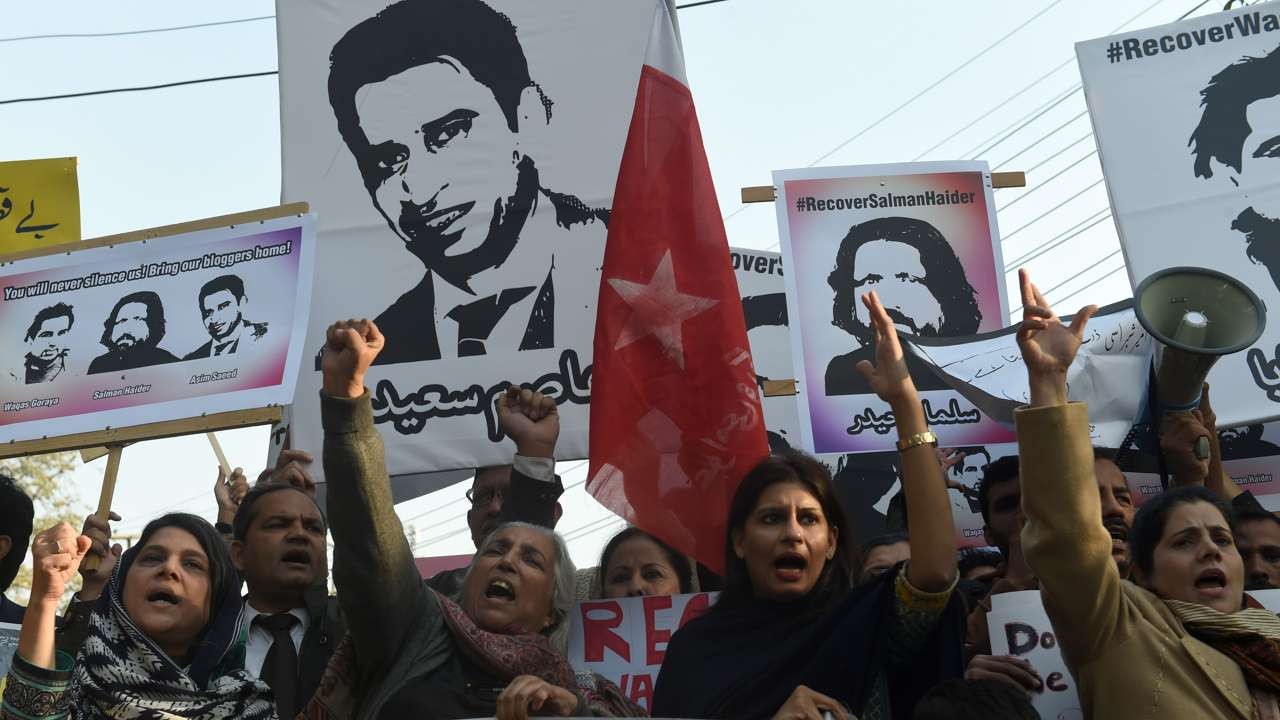 However, the negative publicity and accusations of blasphemy against bloggers have put their lives in danger, and they have had to go undercover or move abroad. During this period, the response of civil society against moves to curb freedom of expression, their protests for the release of the bloggers, and finally, the safe return of the bloggers, was hailed as an achievement and a setback to right-wing radical elements.

While working for their livelihood, women in public spaces face the double-edged sword of religious bigotry and conservative social norms. This was recently witnessed in the case of Hina Shahnawaz, a 27-year-old social worker who was murdered by relatives opposed to her working for an NGO in Islamabad. Hina was supporting her widowed mother and sister-in-law after her father and brother passed away. The news of her murder began circulating on social networking sites, which helped the family to come forth and lodge a First Information Report (FIR) against eight suspects, of which four have been arrested.

Facing growing economic pressures, many women now dare to defy conservative norms and practices. Hundreds of women have thus joined the polio eradication drive in their own localities. Naila Jadoon, a 29-year-old divorced woman from Baldia Town, Karachi, who works as a vaccinator in the anti-polio programme, lives with her widowed mother. She graduated from a religious seminary, and got married to an illiterate trader, but came out of an abusive relationship to start teaching at a local seminary. The pay was very low, however, and she and her mother had to turn to relatives and neighbours for assistance, until she opted to work as a vaccinator. Interestingly, her estranged brother and a brother-in-law who never offered any financial support started threatening her for taking on the job. But Naila is adamant and has defied her brother’s objections. “When my mother and I had to approach people for assistance and ask for Zakat, they never came forward to support us, but they are now ashamed of me doing the work of a vaccinator,” says Naila. “I got admission in an English language learning course, so I could get promoted to a better position in my organisation and earn more.” 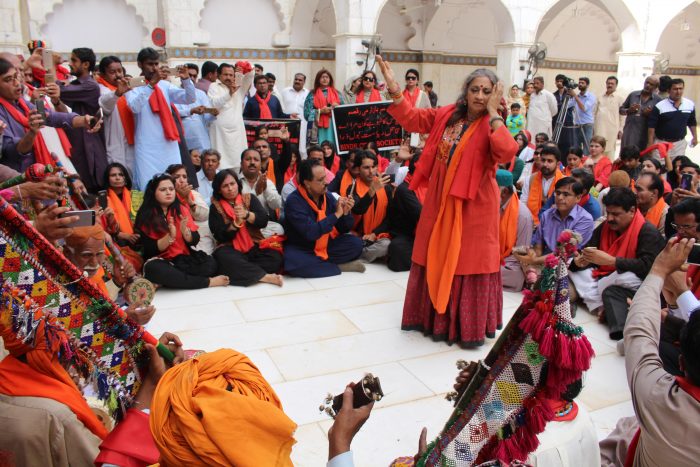 Private educational institutions in these localities are known to demand extensive work from female staff, but pay salaries as low as three to five thousand rupees a month. Girls educated above the intermediate level prefer to work in the anti-polio campaign, where they get thrice the salary given in private schools. In the social sector, a new breed of women workers and activists can thus be seen at work on different aspects.

In the recent wave of terrorist activity that hit five cities within a week in February, the shrine of Sufi saint, Lal Shahbaz Qalandar, at Sehwan Sharif faced a cowardly attack. The iconic shrine is held up as a symbol of religious harmony of the culture of tolerance in Sindh. The attack happened at a time when a charged crowd of devotees was performing the ritual of Dhamal, the Sufi dance attributed to Lal Shahbaz, and resulted in a large number of casualties. There was widespread outrage against the attack, as the Dhamal is joined by people of all religions and sects.

The shrine of Qalandar is the place where Sufi qawwali, Shia maatam (the ritual of mourning the events of Karbala) and the Hindus’ dance of Shiva coexist. Naghma Iqtidar Shiekh, an activist and former student leader of the Democratic Students Federation (DSF), ponders over the significance of Sufi shrines for women. “The shrines of the Sufis work as a place where women can find solace, where they come up with their wishes and entreaties,” she says. “They share their misery, seek consolation for disappointments, and pray for a better life. It works as a catharsis for them against repressive practices at home and within society.”

When civil society representatives from Karachi and other parts of Sindh gathered at the shrine of Qalandar, to defy the environment of terror, and to show their love for the culture of tolerance the shrine represents, Sheema Kermani came forward with a passionate performance. To the folk tune Oh lal mori pat rakhio bhala jhooley lalan — the traditional song in praise of Jhooley Lal — Sheema, dressed in the traditional orange attire of the Sufis, did the Dhamal, and was joined by women at the shrine. They sent out a clear message to the terrorists, that nothing could stop the devotees of the Qalandar — and that there were women who would not be scared into submission.

Tooba Syed, a political activist from the Awami Workers Party, Islamabad, described Sheema Kermani’s Dhamal at the shrine, “Women know what violence is, and what it feels like when your freedom is taken away, that’s why they rise up like this.”