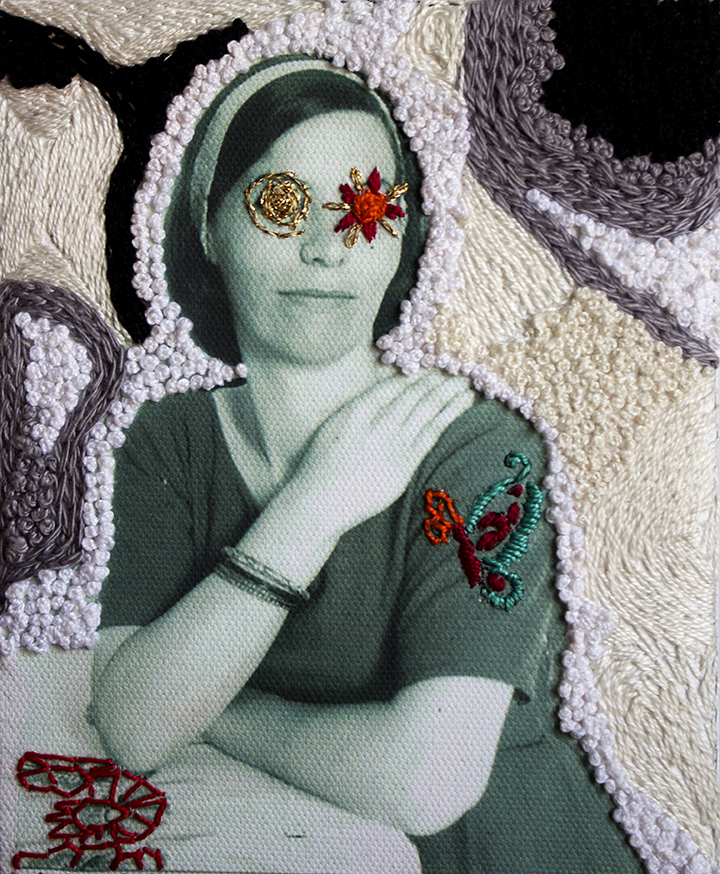 Nothing sets off a trail of investigation as vigorously as does a murder mystery. Sanat Gallery’s recent show titled Who Killed Shumaila? brought all the drama associated with a crime thriller to bear on a group show featuring the work of eight artists.

The show was curated by Samina Islam, who was also among the participating artists. Islam’s clever brief, under the rubric of a murder investigation, created an imaginary character in the form of Shumaila. This fictional “victim” of a crime became a trope which allowed wide latitude for the artists to develop their own investigative possibilities.

Samina Islam’s response to the inquiry comes in the form of a somewhat autobiographical speculation. She has created a wall-mounted installation that resembles a detective’s clue chart. Thirteen photographs have been transferred onto canvas by inkjet printing. These comprise images of single items such as a shoe, a butterfly, a dagger along with family portraits including those of her mother. The images have been embellished by exquisite hand embroidery in what has come to characterise Islam’s signature style of highlighting sections of the image with hand embellishment. The embroidered sections are whimsical and create a surprise element because of the rich and contrasting texture they add to the flatness of the print. 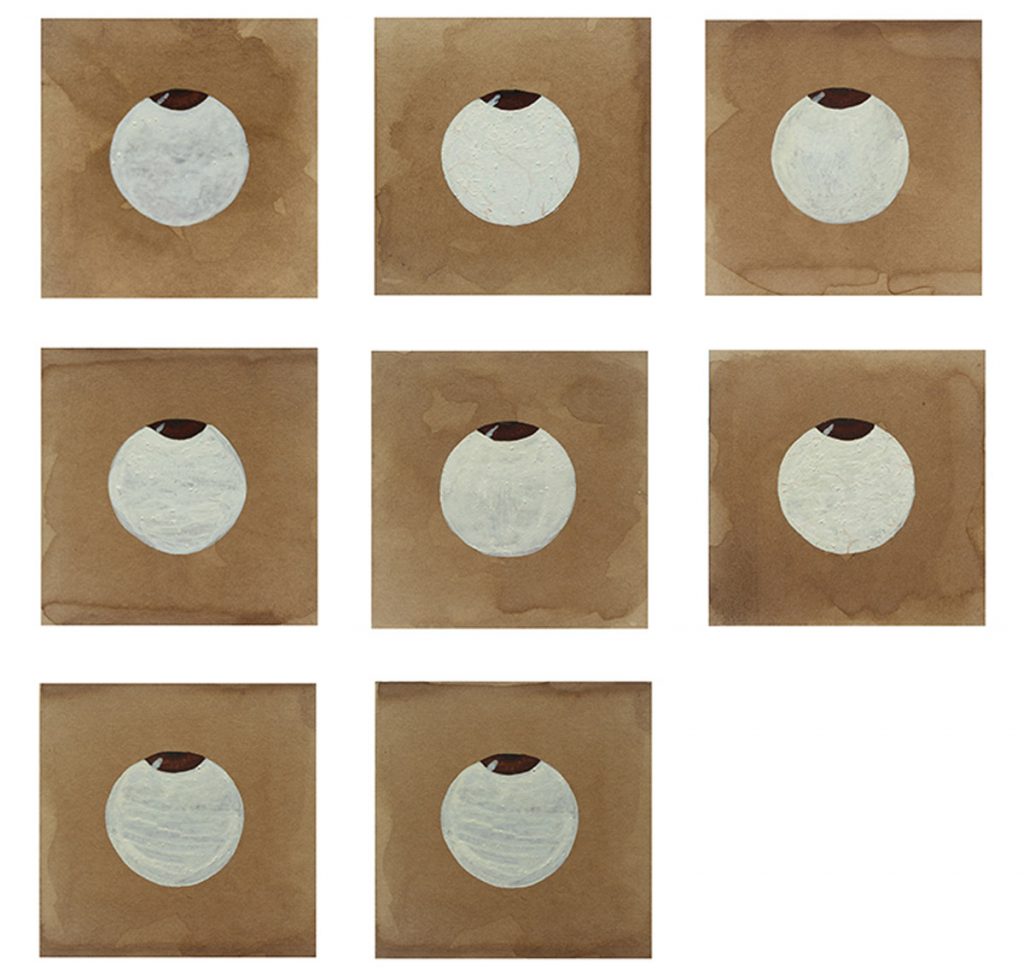 Given the autobiographical trajectory of Samina Islam’s work, her line of inquiry may be understood as a response to the question ‘Who?’ Identity and autobiographical recall are explicit in her take on the curatorial theme. 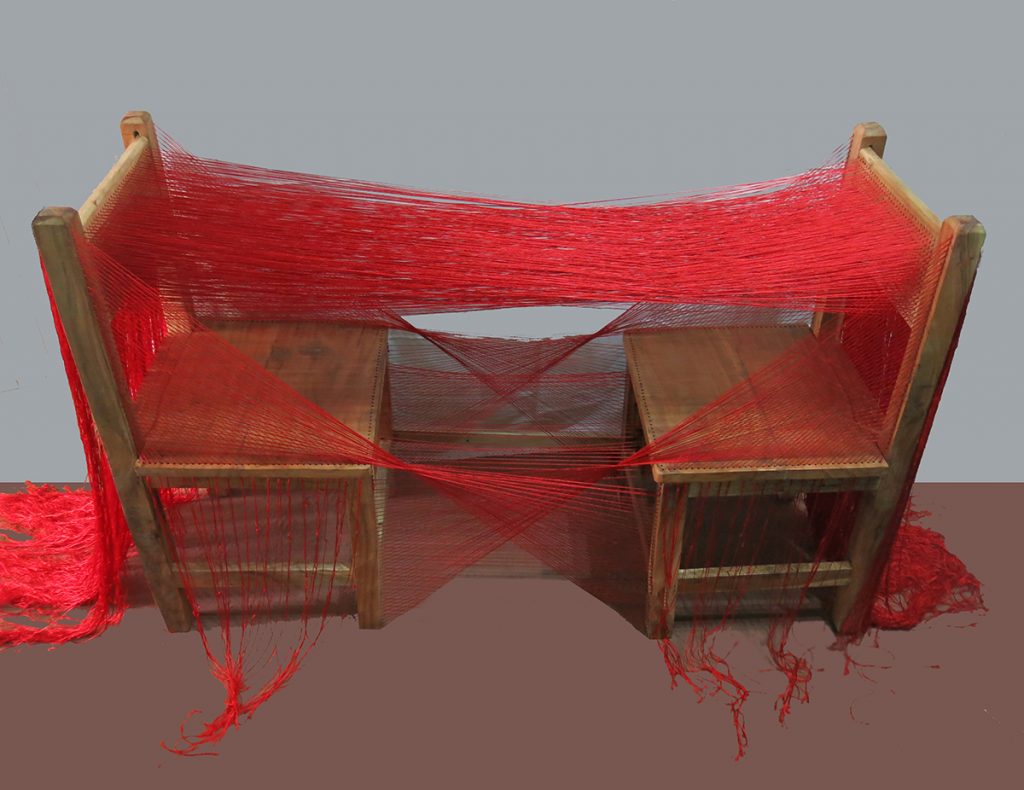 Roohi Ahmed: ‘As Old As Time2’

Roohi Ahmed’s floor installation titled ‘As Old as Time’ comprises two wooden chairs that face each other. They are bound by hundreds of meters of red silk skeins that have been meticulously draped over the chairs. The installation is impersonal yet intriguing. The position of the chairs suggests multiple connotations. Confrontation, tete-a-tete, intimacy, interrogation, counterpoise, symmetry, reflection…many possibilities co-exist in this equation. The skeins bind the chairs into a formal relationship. They also become a visual embodiment of a non-material reality — such as that of a verbal exchange — that becomes explicit through the symbol of a physical object. 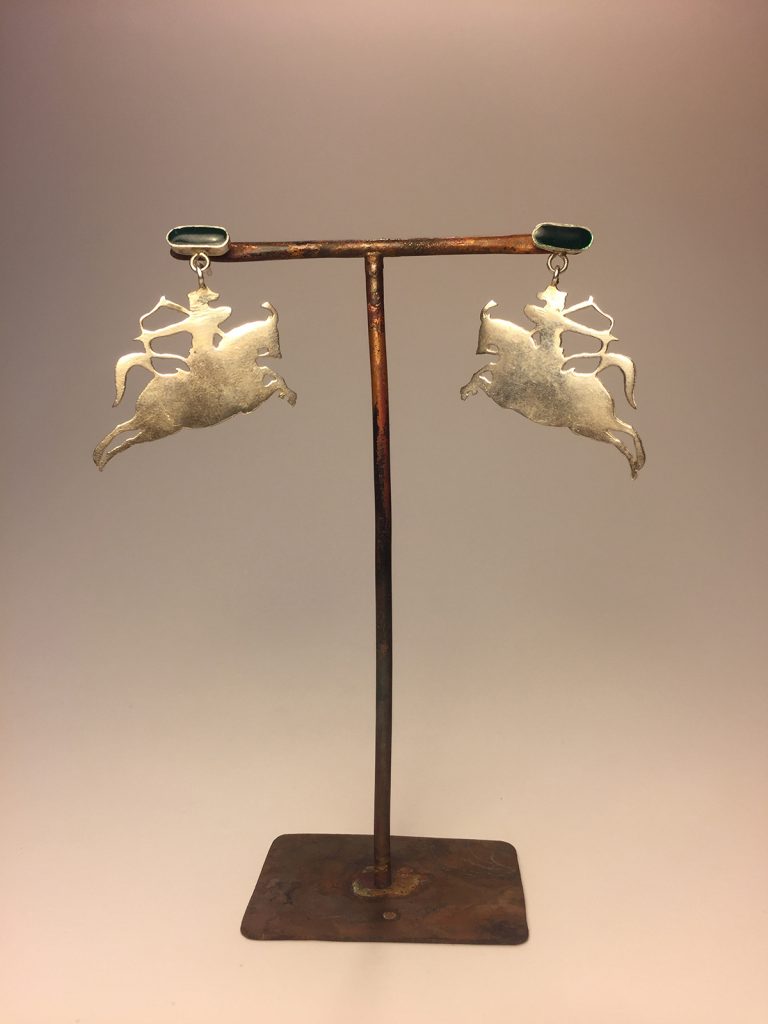 In contrast to the plural associations contained in Roohi Ahmed’s installation, Razin Rubin’s gouache on wasli series 1, 2 and 3 titled ‘Whatever,’ shows multiple eyeballs set in repeating pattern-like tilework. The pupil of each eye is turned up. Rubin makes a comment on the indifference of society to the question of murder.

Affan Baghpati has taken the notion of inquiry into the physical dimension by creating delicate metal sculptures plated in 24 karat gold. There is jewellery (choker, earrings) featuring bulls, horses and riders in delicate cut out form, taken from miniature painting. The spoon series plays with the idea of enigma as Baghpati recasts a spoon — a found object — into various shapes. The prototype becomes a springboard for a leap into the unknown as the alterations in the shape of the spoon sever their link with functionality. 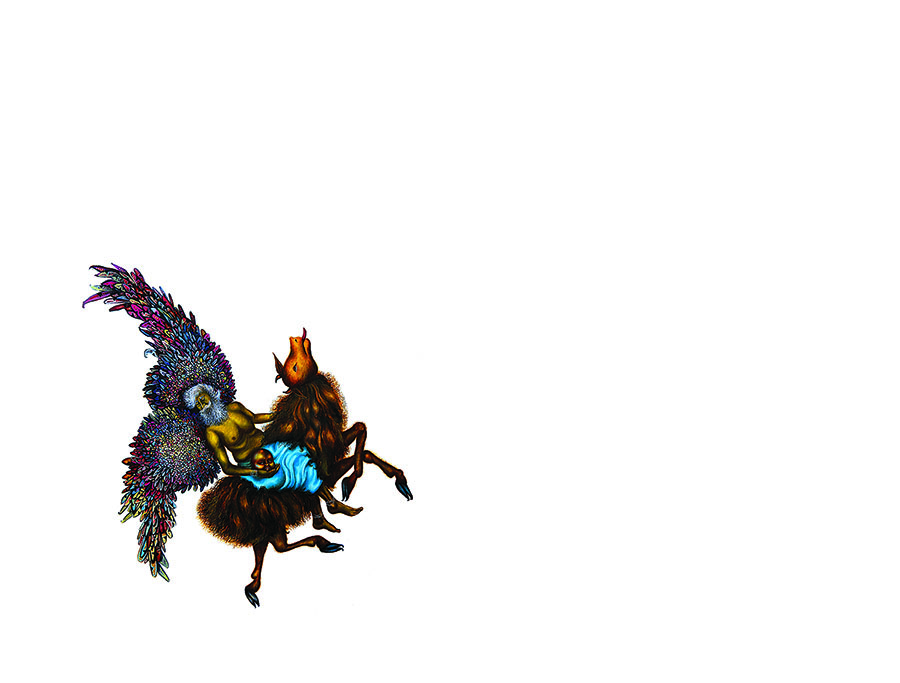 Feroza Gulzar’s video titled ‘Watching’ reflects on the nature of surveillance, evidence and the contradictory reality of the inability to achieve a solution. The truth is beyond technological capture.

Mudassir Sheikh’s short audio segment titled ‘Drawing Room’ is a highly theatrical piece in 1:37 minutes. A melody is overlaid with discordant sounds. The contrast builds in drama and evokes a feeling of disquiet in the listener.

Rabia S. Akhtar has depicted angels in ‘90 days’ and ‘Ode to Mr. Brown.’ These enigmatic beings are exquisitely rendered in fine strokes in gouache on wasli. The angels show signs of age with flabby waists and grizzled beards. They float against a blank background with multi-feathered wings in intense colours. They provoke curiosity about a plane of existence quite different from the worldly one. Akhtar’s response to the curatorial brief involves metaphysical considerations on life after life. 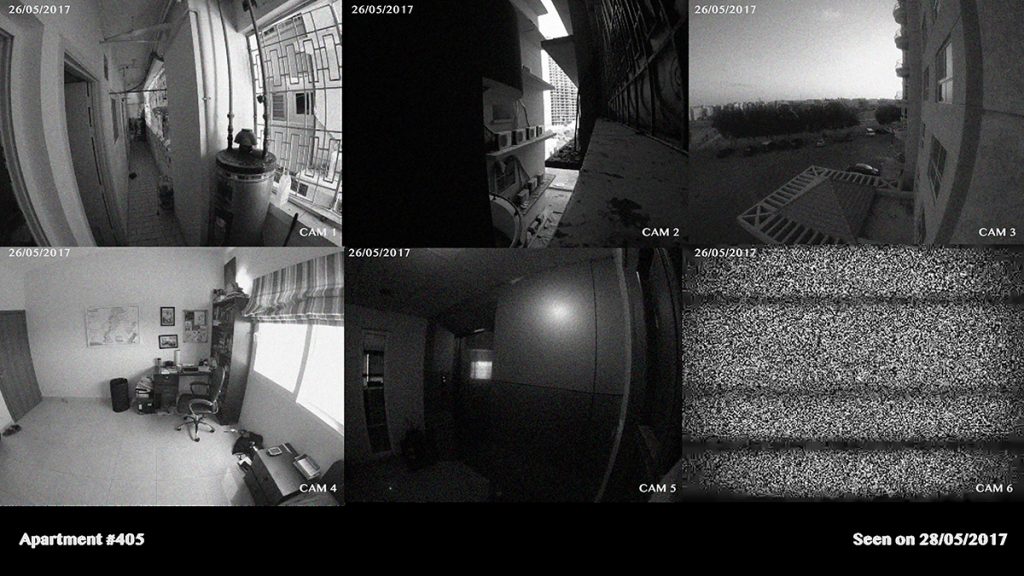 A real murder inquiry seeks to narrow the multiple lines of inquiry in order to arrive at a single, conclusive truth. As Gadamer says of hermeneutical inquiry: “The essence of the question is the opening up, and keeping open, of possibilities.”

‘Who Killed Shumaila?’ is a fictional prompt that concerns the production of art. The prompt acts to catalyse the imagination. Each artist bestows a personal interpretation as a dialectical response to the question of Shumaila’s death. Interestingly, not a single artist depicted an obvious interpretation of crime. The diverse works on display in the show attest to the many paths that personal truths can lead to.