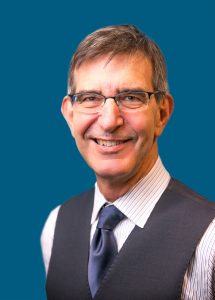 What was the impetus to write this book?

Over a series of visits to Pakistan and India between 2010-2014, we were fortunate to be able to talk with a broad range of policymakers, military officers, journalists, professors and students. We grew concerned about the hardening trend in Indian discourse toward Pakistan. There was more and more emphasis on punitive and potentially escalatory military options to respond to cross-border terrorism blamed on Pakistan. Prime Minister Modi’s election was consistent with this trend. In this discourse we detected more bravado and wishful thinking than sound analysis. And we wanted to try to better understand the logic, capabilities and limitations of some of the options. So that is what we set out to do, hoping that we might make some contribution to policy analysis in the region, as well as an academic study of the unique security dynamics at play between Pakistan and India featuring both cross-border terrorism and nuclear weapons. In the book we do not presume to make recommendations for either country, despite what some people may think — that is not our role. Our aim and hope is simply to encourage a thorough, dispassionate analysis of the risks and benefits of various courses of action.

How challenging was it to identify reliable sources to inform your analysis about Indian military strategy, intent and capabilities with regard to Pakistan?

Over time, we have built very good relationships with scholars and officials in both countries, without which this kind of writing wouldn’t be possible. Or at least, it wouldn’t be as interesting. George’s prior work in India and book, India’s Nuclear Bomb, were also important in securing meetings with people we had not met before. Ultimately, we found that many current and former officials and military officers were amenable to meeting with us to describe how they see the issues.

Scholars have recently suggested that India has abandoned its ‘no first use’ policy. However, your book indicates that India lacks the intelligence to carry out effective strikes against Pakistan’s military and its nuclear capabilities in particular. In that case, what in your opinion would be the implications of any shift in India’s nuclear strategy?

There is some debate about whether India is changing its nuclear posture — a shift toward counterforce targeting in particular. If true, this does raise questions about the coherence of India’s ‘No First Use’ policy. The temptation in India to make some changes in nuclear policy to counter the developments in Pakistan is clear, and some very senior retired military officers have suggested abandoning ‘No First Use’ as one way to strengthen deterrence. Our analysis suggests that from the point of view of today’s capabilities, this debate is a bit premature. And even if and when India were to acquire the suite of capabilities that could make counterforce theoretically attractive, Pakistan would, and could, likely develop counter-measures. Meanwhile, there is a risk that insofar as India may not decide to develop this capability, the debate itself may spur counter-reactions in Pakistan that create new dangers and instabilities. 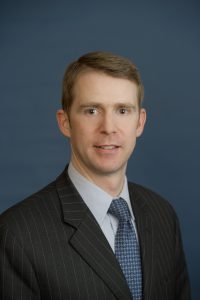 To what extent can back-channel discussions and Track Two dialogues help manage the threat of nuclear escalation in South Asia?

Track Two dialogues can help experts identify, for example, common misconceptions or risks that might contribute to conflict escalation, but the question with Track Two is always whether that analysis then informs how government officials think. The record of this in South Asia is mixed, as it is in other regions, but it is still useful to have these exchanges. Back-channel talks are a different matter, because they are (or at least should be) done with the specific buy-in of government officials, meaning they can have a very direct influence on policy. We saw that during the mid-2000s, when there was a back channel operating in parallel to the formal Composite Dialogue, that was perhaps the most promising period in post-nuclear relations between Pakistan and India. But in that dialogue and others, the traditional, albeit different, problem of civil-military relations in each country arose. Also, the key for back-channel talks is that they remain secret, which is extremely hard to achieve.

The book focuses largely on Indian conflict strategies and options. Are you planning to write a companion piece that accounts for Pakistan’s perspective/options?

We framed the problem in terms of Indian options to deal with what could be ongoing terrorist attacks emanating from Pakistan, largely because whether there is conflict escalation or not derives primarily from the choices that India will make. This is not to say that Pakistan is without its own policy conundrum of how to pacify terrorists/militant groups while dealing with a rising India that is investing significantly in capabilities to project military power, and which has taken a more coercive approach toward Pakistan in recent years. There is interesting analysis to be done on that problem. How can Pakistan motivate Indian leaders and political forces to redress Pakistan’s core interests? If terrorism is not an acceptable or effective answer — which we don’t think it is — then what else would work? But, having taken several years to write one book, it is also hard to contemplate writing another. And it would depend greatly on whether we thought we could have the kind of access to officials and military officers in Pakistan that would add to the work. So we’ll see.