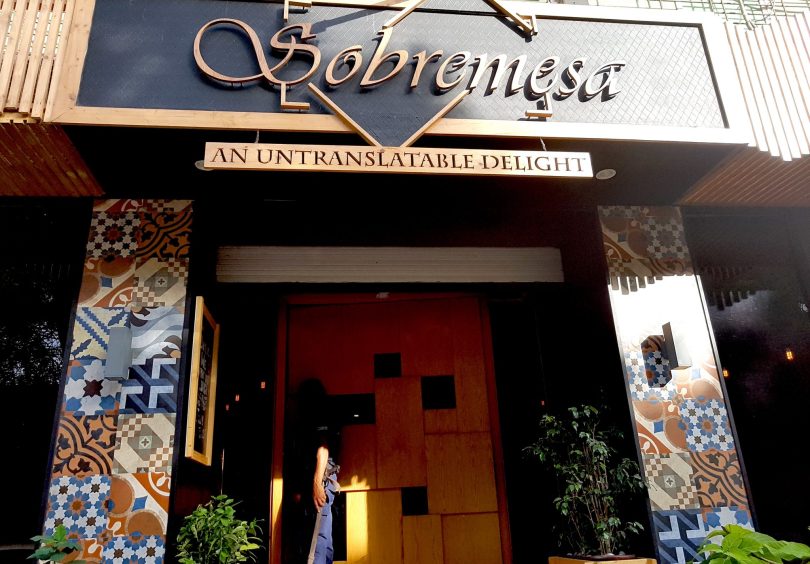 With so many restaurants opening up in Karachi’s Defence area by the day, one tends to overlook some interesting enterprises that truly deserve a visit. Sobremesa is one such restaurant, which opened its doors some four months ago, at the intersection of Shujaat and Bukhari, in the Neco’s lane.

However, the variety and the quality of the food are unarguably impressive. Beginning with the complimentary bread-basket, which offers fresh, warm, soft and appetising buns, the tone is set for what to expect from the courses to follow. And there are great deals: For those interested in trying more than one item on the menu and still remaining within a budget, these offers are the perfect choice. One can opt for either the ‘Delectable Double’ — the two-people sharing offer (which, courtesy the generous helpings, three people can easily eat) that includes the choice of an appetiser from a fairly substantial list, as well as two entrÃ©es, or the ‘Tantalacious Treble’ which is a more elaborate offer that also includes two drinks and one dessert. 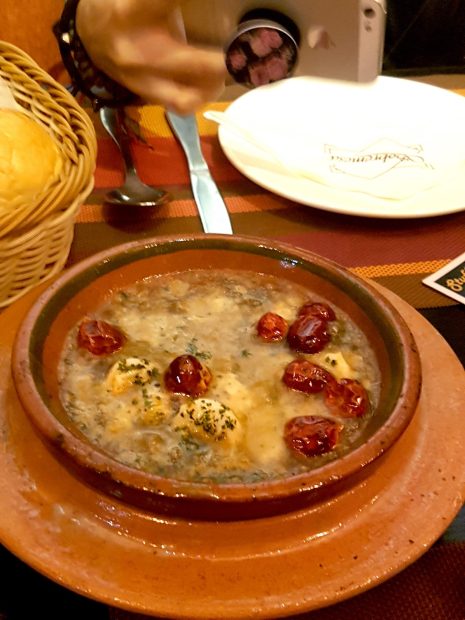 Our company of five opted to try two of the more elaborate options and order one item from the regular menu. Given the size of the meals, we were glad we were all sharing. From the appetisers list we ordered the crispy cheddar bites, which were a little disappointing, as many of the cases were empty. The other appetiser we called for, peri bites, lacked the necessary zing. On the other hand, the honey-glazed wings I tried on my next visit to the eatery, were delicious, and are highly recommended.

The pesto pizza with basil sauce, an entire choice, was light, crisp and scrumptious. Unfortunately, on my next trip I found they had discontinued it. Instead, they suggested we try the picante pizza with olives, mushrooms and jalapenos. Tasty enough, but not nearly as good as the pesto original. 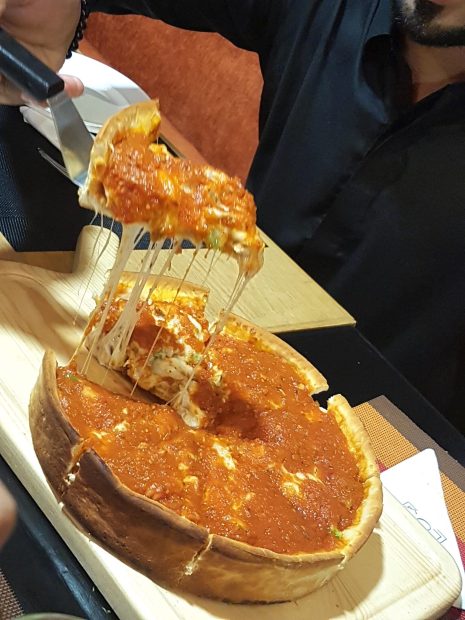 Our other entrÃ©e of choice was the Indonesian speciality, ‘nasi goreng.’ Spicy rice with a mix of veggies, beef and chicken, this is an especially good selection for those who enjoy chillies in their food. Our third entrÃ©e was Thai lemon fish, which was also delectable, with delicate flavours. The Korean bowl, a rice dish that was ordered separately by my friend, was a trifle too sweet, but she enjoyed it nonetheless. The huge helping of quesadillas was also delicious, but conspicuous by its absence, was the salsa. The chilli sauce served was a poor substitute.

All in all, the food experience was pretty good. Unfortunately, the same cannot be said for the service. Both times I went to the eatery, the service was slow. In fact, the second time round, we consumed only one of the entrÃ©es from the Tantalacious Treble, taking away the second entrÃ©e which arrived as we were leaving.

It would be a shame if the restaurant loses out because of inefficient service, especially considering that, for the most part, the food is an unqualified treat.