Haris Gazdar is a founding partner and senior researcher at the Collective for Social Science Research in Karachi. 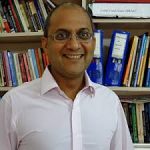 China’s remarkable development story is crowned by its spectacular success in sustaining high rates of growth in domestic output and exports. It is driven by deeper social transformations that have come about, wave after wave, over the last century or so. First, under nationalist modernisers, and then, under communist revolutionaries and reformers of different shades, there have been mass mobilisations for military, political, economic and social goals — some resulting in historic achievements, others in wanton violence.

From the late 1970s onwards, China’s leaders arrived at a position which has endured. They resolved that long-term ideological, political and strategic objectives would play second fiddle to economic development. And this, precisely, is the advice they offered their friends in Pakistan — look after the economic development of your people first. Implied in this offering was another advice — hold on to your long-term dreams like gaining Kashmir, but focus, for now, on peaceful economic relations with neighbours. 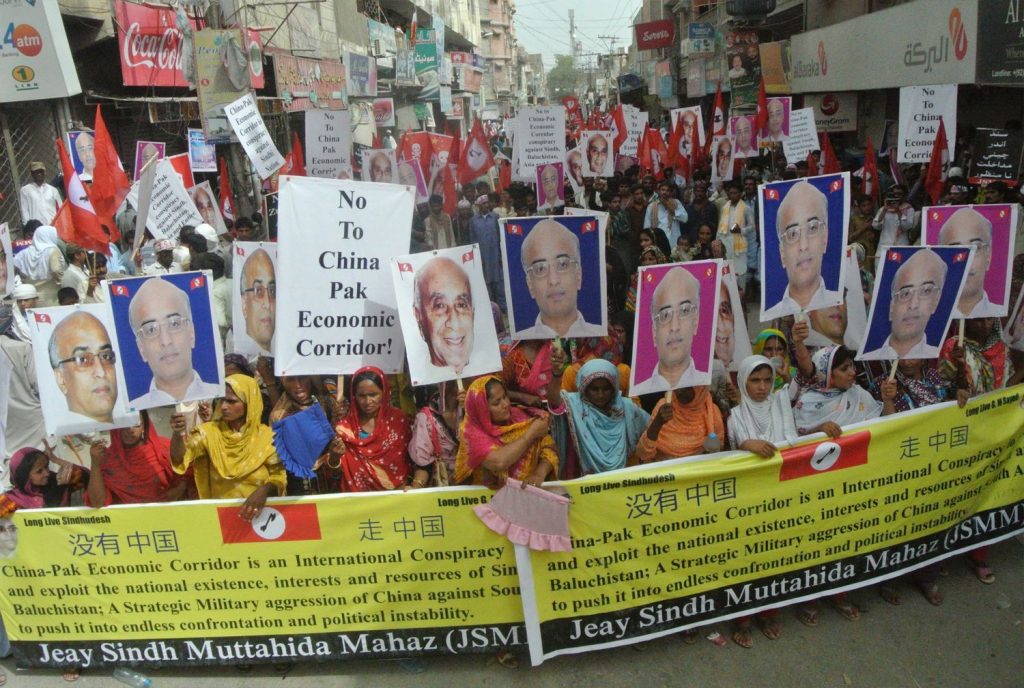 The Jeay Sindh Muttahida Mahaz holds a demonstration against CPEC in interior Sindh.

But whether China likes it or not, it has become involved in the bitter and mutually destructive arms race in South Asia. In fact, it has become a beneficiary of this arms race. According to the prestigious Stockholm International Peace Research Institute, China is now the third largest arms exporter in the world, and Pakistan is its largest buyer. Good advice notwithstanding, China’s primary economic interest in Pakistan has turned out to be its arms trade. Pakistan pays for these arms not by exporting goods and services to China, but by borrowing globally.

The China-Pakistan Economic Corridor (CPEC) will, therefore, help further the weapons trade between the two countries. A reliable road link will help keep lucrative arms exports away from the prying eyes of rival powers, who are able to monitor sea routes more easily. There is another benefit to China: Chinese companies have surplus capital and are looking for investment opportunities. Foreign investments are risky because recipients cannot make credible promises of ensuring returns and repayments. China will not be the first capital exporter in the world which will use the political leverage it enjoys, because of Pakistan’s dependence on its military hardware, to protect its investment and ensure the timely payment of promised returns.

China’s example and its advice would have led to a ‘game-change’ in Pakistan. Unfortunately, its own commercial interests now work against the gist of the valuable lessons it had to offer.

Kaiser Bengali is an economist and former advisor for planning and development to the Sindh chief minister. 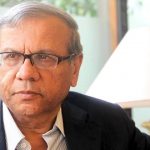 The China-Pakistan Economic Corridor (CPEC) does promise to be a game changer. It is a project of a magnitude that will change the economic geography of Pakistan. An earlier project of similar magnitude and impact was the Indus Water Works: the construction of the Mangla and Tarbela dams, along with thousands of kilometers of canals. Resultantly, two crops a year are now grown, where not a blade of grass grew and bustling towns exist in place of dusty landscapes. That was the 1970s and the beneficiary provinces were, largely, Punjab and Sindh. Now CPEC’s western route promises to be a similar harbinger of change for Balochistan, Khyber-Pakhtunkhwa and Gilgit-Baltistan.

However, all projects have benefits and costs. CPEC, too, has its downsides and it would be necessary to identify them and adopt mitigating measures. At times, the mitigation of human and social costs are as important as the project itself. Much depends on how CPEC is executed. To what extent CPEC will be beneficial to Pakistan, will depend on how the component schemes are devised and implemented. Currently, data is scarce. However, there are 12 essential questions, the answers to which will help determine if CPEC will be a game changer or a ‘game over.’

Shahzeb Jillani is a journalist at Dunya News and a former correspondent for the BBC. 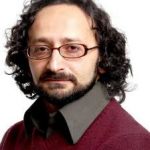 CPEC appears to be a godsend for Pakistan’s civil-military leadership. It commits both China and Pakistan to a long-term economic partnership, and brings Pakistan more firmly under the Chinese sphere of influence. After decades of a love-hate relationship with the United States, Pakistani leaders could do with a more dependable regional ally they could lean on to help fight the country’s many battles, both internal and external.

In return, the partnership will help the Chinese government to expand its regional and global trade ambitions of One Belt, One Road. Meanwhile, CPEC has already started to bring in billions of dollars of loan money into Pakistan, investments in infrastructure and power generation. At its heart, CPEC is seemingly about making tons of money. The proposition makes perfect sense for Pakistan’s civil and military leadership. It enriches big contractors and big businesses working with top government officials in both countries. In Pakistan, it could bring political and financial dividends to politicians in the name of development, and the military in the name of growing security needs. Arguably, along the way, benefits of the multi-billion dollar investment will, at some point, trickle down to the common man of Pakistan.

Except, often it doesn’t — mainly because of our dysfunctional institutions, corruption and lack of capacity. 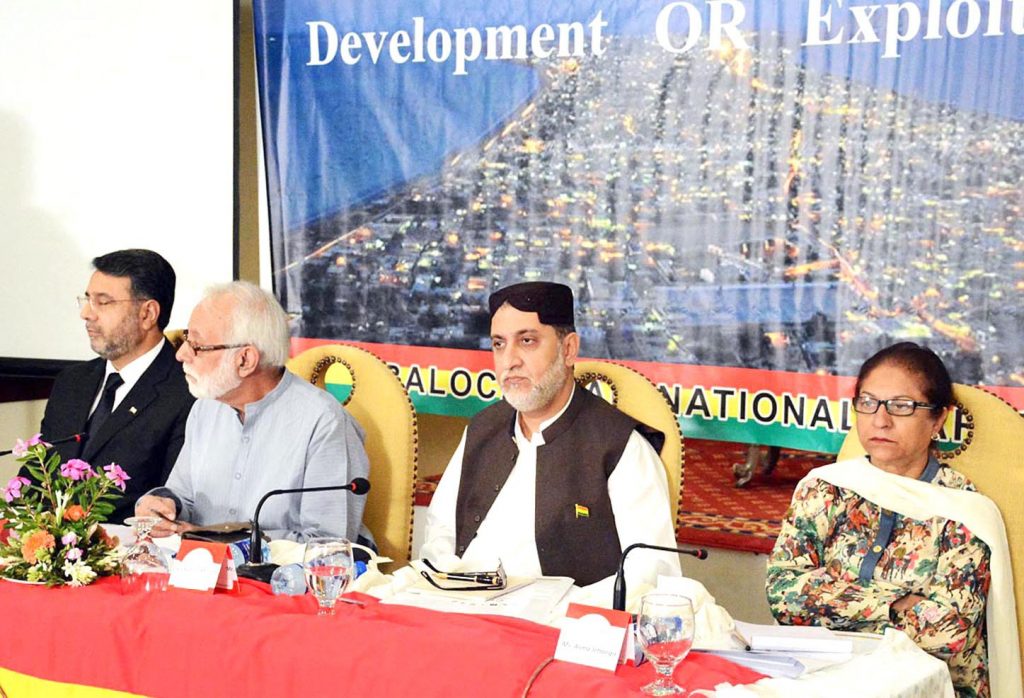 From the time it was launched two years ago with much fanfare, CPEC’s scope and size have been expanding. But given the euphoria surrounding the multi-billion dollar partnership, the civil and military leadership has risked overselling something that hasn’t entirely been understood by many Pakistanis. The government has failed to address the issue of secrecy and a lack of transparency about the terms and conditions regarding the infrastructure and assorted power projects under the CPEC. Those who have dared to question the political and economic costs of the projects have been deemed as unpatriotic, or worse, playing into the hands of India.

But real questions remain about who would really benefit — and by how much. Baloch nationalists, for one, remain deeply sceptical about what CPEC would mean for Balochistan. The original residents of Gwadar — the fisherfolk and the boat-builders — have yet to see their lives improve, despite the massive investments in reviving the port of Gwadar.

That is not how democratic nations are supposed to embark on grand projects. Clearly, the Chinese experience of a strong-arm, top-down approach has huge fans among Pakistan’s ruling elite. Effectively, it has involved demolishing anything that gets in the way of preconceived notions of re-building new cities and setting up new industries.

Policymakers in Pakistan argue that given the deep polarisation along ethnic, political and class lines, the Chinese way is perhaps the only way forward for this country.

But our growing infatuation with all things Chinese seems dangerous. In the long term, it has the potential of leaving us used and exploited — something that is not in the interest of either country.