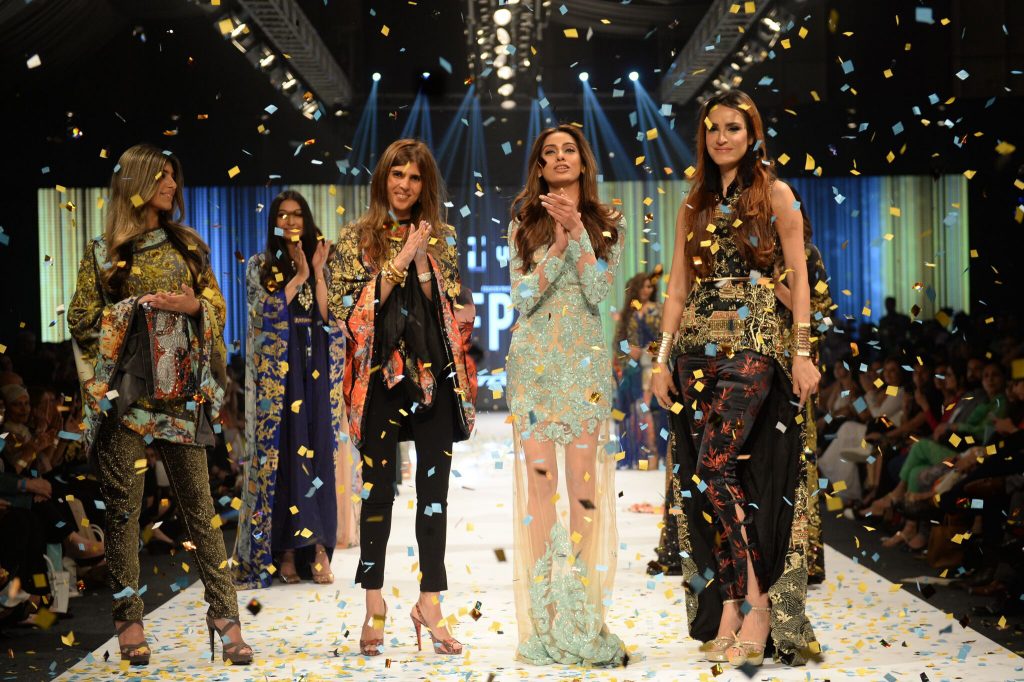 Designers at the Fashion Pakistan Week in Karachi showcased dramatic spring and summer collections during a three-day event powered by the Trade and Development Authority of Pakistan (TDAP).

Day one began with a bright red, black and white collection from the veteran designer, Maheen Khan. Khan incorporated funky and modern silhouettes into the jumpsuits and crop tops. Kayseria tilted more towards bridal couture, with a traditional look for the models who donned oversized nose rings and lightly embellished dupattas that were draped around them. Wardha Saleem experimented with fluorescent prints on monochrome silk fabric, and hand-painted bags that were paired up with the outfits for the girls on the ramp.

Deepak Perwani’s collection, ‘Fix It,’ was an ode to the city of lights, and drew its inspiration from Karachi’s current political scenario. The primarily monochrome collection for women featured kaftans and tunics in bright floral tones. Deepak’s show-stoppers, Sarwat Gillani and Sikander Rizvi, injected some oomph into the show.

Textile brand Lala introduced their latest edition of prints with embroideries, ‘Sheen.’ Inspired by shimmer and all that glitters, Sheen presented a fusion of western and eastern cuts in 16 designs.

Day two featuring Gul Ahmed’s ‘Eclectic’ collection showcased shalwars and dhoti shalwars, complemented by pom-pom earrings and chappals. The look was trendy with Sindhi embroidery on the front and back panels and hemlines.

Ayesha Farook Hashwani fused ancient Oriental culture — pagodas, cherry blossoms and the like — with western cuts. Huma Adnan used cotton for pret wear innovatively and the majority of her outfits were in different shades of white and beige. 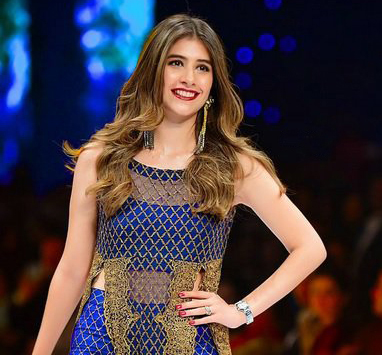 Designer Zainab Salman made her ramp debut with ‘Moon Struck,’ inspired by Shakespeare’s A Midsummer Night’s Dream. Fabrics were moulded into architectural folds and pleats and each piece was embellished with Swarovski crystals and pearls.

On day three, models walked the ramp barefoot for Generation’s, ‘A Dot That Went for a Walk,’ a collection representing director Khadija Rahman’s vision for 2016. Nida Azwer’s new line ‘Kirigami,’ inspired by the art of Origami, combined sheer fabric such as organza with contrasting opaque fabrics like tissue and silk, and dressed it up with ribbons, pearls and crystals.

On the closing night, Bank Alfalah gave away the Rising Talent award, carrying a cash prize of Rs. 500,000, to Uzair Sardar, the winner of a contest between four upcoming designers from different fashion schools who showcased their collections at the TDAP Fashion Pakistan Week.