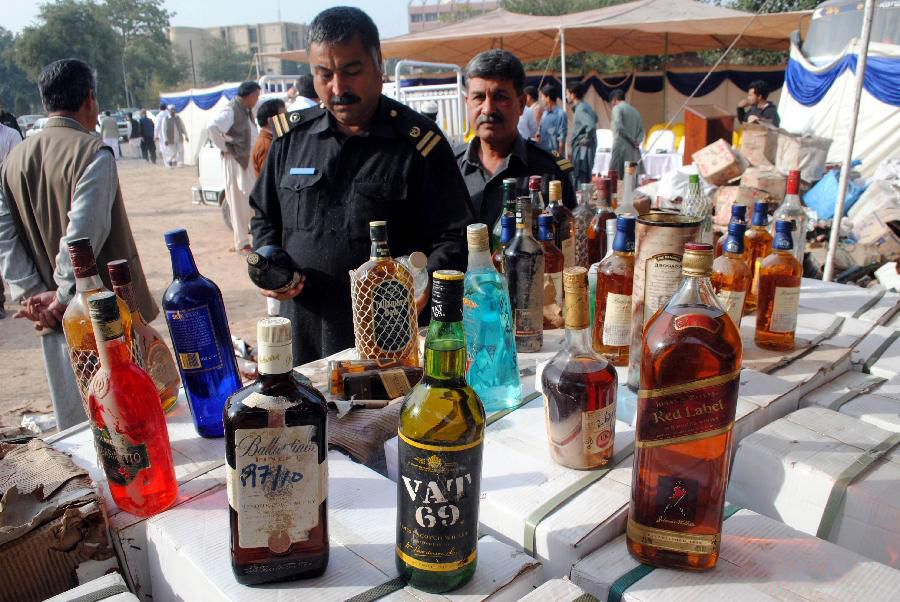 Ali Hassan and his friends were planning to enjoy a relaxed evening at Hassan’s home. They decided to order a bottle of vodka through a bootlegger who had often delivered whatever alcohol they wanted at their doorstep. Short on ice, they decided to let the bottle cool in the freezer so no one would have to step out to get some. Just a little while later, when they took it out they noticed the vodka had frozen. This was curious: vodka is not meant to freeze in a home freezer — the liquid may thicken, but does not ice over completely. They called their bootlegger, who acknowledged the alcohol was probably not right. He reimbursed them their money.

In another incident, a couple at their home in Clifton, Karachi, opened a bottle of white wine, from the case delivered by another bootlegger. Sealed and appearing genuine, it was as soon as the first bottle was uncorked that they realised something was wrong; what was supposed to be white wine looked more like rosÃ© gone wrong. The couple took no chances. They personally knew of two individuals who had lost their sight because of drinking spurious liquor, and returned the case immediately.

These are not isolated incidents. Even in the higher echÃ©lons of local society, toxic alcohol has exacted a heavy price. What is dangerous is the fact that since this is entirely underground business between the merchants and consumers and purchasers in this ‘dry’ country, choices of both, the liquor and the procurer, are limited. So people might pay hefty sums for ‘imported’ liquor, only to discover it has been bottled and labelled locally. And the manufacturers of this spurious alcohol are getting better at their business all the time. There are perforated plastic wraps on Absolut bottles, perfectly corked wine bottles, and even bubbles where needed to make for what looks like the real thing.

None of the incidences of spurious alcohol or of people in the upper crust of society being blinded after imbibing it are, of course, ever reported — for obvious reasons. But what the media does report every now and then is cases of people in less privileged areas who inadvertently consume toxic liquor and, at times, die. Those who survive usually either go blind, or fall gravely ill. 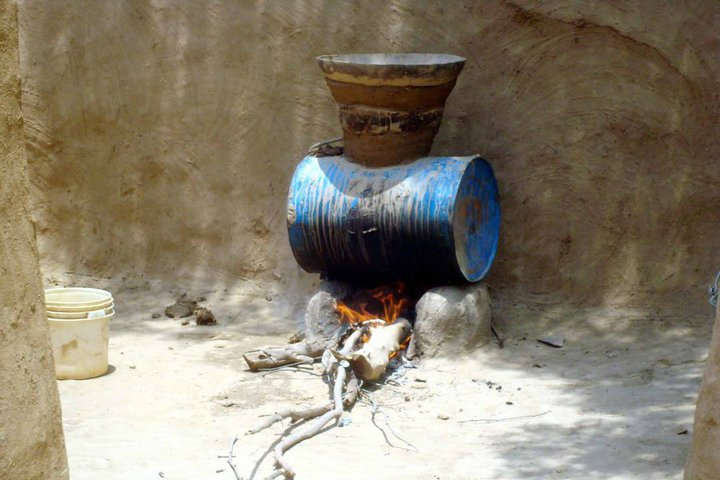 “Such events occur during Eid, Easter and other festive holidays when people are celebrating and tend to drink more,” says Aftab Ahmed, the surcharge nurse at the National Poison Control Centre (N.P.C.C) at the Jinnah Hospital in Karachi. He says that about eight to 10 patients come to the centre every month, who have been poisoned by consuming liquor. “Ethanol is what is in what we can call ‘good’ liquor, in whiskey, wine, etc. An overdose of this can cause one to become unconscious, but it is not toxic. You can wake up the next morning at home and be fine. But many people consume bad quality alcohol that has meth in it which can cause blindness,” he adds.

“Methanol poisoning affects eyes and kidneys, and it can cause blindness,” affirms Dr. Rida Mansoor, who practices general medicine at the hospital. But she adds, urgent dialysis can heal the harmful effects. “If people are brought within hours of having consumed it, they can still be treated.”

Methylated spirits are a mixture of ethyl alcohol (95%) and methyl alcohol (%5). The methyl alcohol is poisonous and is added to prevent the methylated spirits being used as cheap drinking alcohol. Since moonshine is unregulated in the country, it has sometimes been manufactured using lead pipes which can contain high levels of lead. If taken in high concentrations, methanol can damage the optic nerve and even kill you.

Dr. Mansoor adds that in her experience, many people take their time to come to the hospital for treatment, as people want to avoid the social stigma attached to liquor consumption, and at times the delay in treatment aggravates the situation. And because of this state-level stigma, many deaths caused by the consumption of toxic liquor go unreported.

When Sindh Chief Minister Syed Qaim Ali Shah announced compensation of Rs. 200,000 each for families of 45 people who died after drinking toxic liquor in Tando Mohammad Khan town, he was probably asked to consider reframing the announcement. A statement later issued by the CM house clarified that the chief minister had announced compensation for the bereaved families out of humanitarian consideration as he was against the concept of compensating for lives lost due to the consumption of liquor.

Inside one of the narrow lanes off Zamzama Road, the hub of Karachi’s food and retail outlets, is a licensed wine shop. During the night, it is almost inconspicuous due to its small size. Men can be seen purchasing alcohol through a barred window. Bootleggers recognise regular buyers and deliver their beverages to their cars so nobody has to exit their vehicle. Javed Iqbal, for example, who has been working at this outlet for 28 years, takes alcohol concealed in a big brown bag to the car of the client, and graciously accepts the tip he is invariably given for his service.

Iqbal is a busy man. He is always on the phone, taking calls every few minutes from his clients. He volunteers the information that the shop is licensed under the name of Gyan Chand Asrani, Provincial Minister for Excise and Taxation.

Gyan Chand came into power when former minister Mukesh Kumar Chawla was let go from his post by the Pakistan Peoples Party (PPP) for his alleged negligence: he had been issuing licenses to dubious wine shops in Hyderabad. The sale of liquor from those shops had led to the death of around 20 people.

Quality alcohol, Iqbal says, is slightly more expensive than the toxic liquor available at cheaper rates. Whiskey at his shop is available between Rs. 800-2,000, gin between Rs. 800-1,300 and beer can be bought at Rs. 200-350 per can. Iqbal narrates how easy alcohol manufacture really is. He says that the bark of the keekar tree, jaggery and water is all that is needed. “Villagers brew their own alcohol and call it tharra or kuppi in the local language. Often it is made at home in plastic drums,” he says.

According to Iqbal, not many people are aware of the existence of licensed shops in Pakistan that sell quality alcohol. And if access is available, they do not have the financial wherewithal to afford it, and so opt for cheaper home-produced liquor. Due to the ongoing and unregulated production of the home-made variety of liquor, which is easily available in Karachi in areas like Lyari, Malir and Korangi, people continue to purchase it due to easy access and cheap prices, in the process gambling with their lives.

Perhaps the authorities need to do a serious rethink about generating a sizeable amount in taxation from the legal sale of liquor. For no matter the brouhaha associated with it, this is a business that is clearly not going away any time soon.