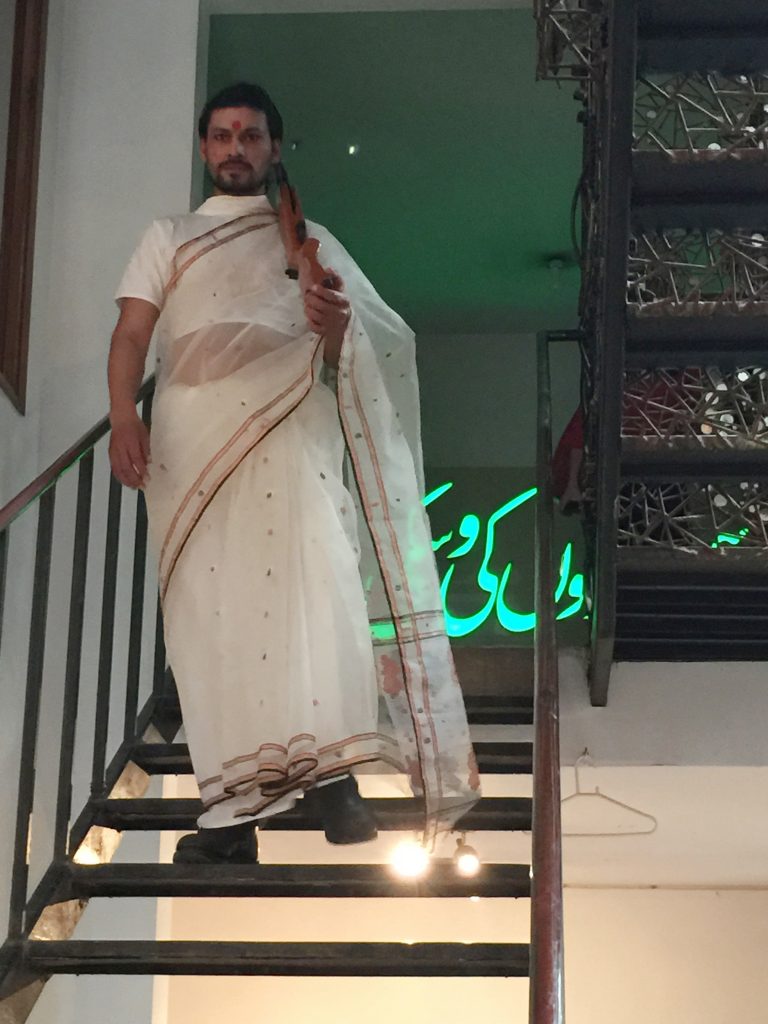 For those who lived though the decade, the 1970s will always be a bittersweet memory. So when art became the via media to bring it alive at ‘The ‘70s: A Radioactive Decade’ exhibition at Amin Gulgee’s Gallery in Karachi, it made one not only think about what we were then, but what we have become since. The Pakistan of the 1970s is difficult to recognise in the Pakistan of today.

Pakistan is where the hippies came in the ’70s, following the hippie trail to Kathmandu, inhabiting roadside cafÃ©s from Peshawar to Karachi. They brought with them ideas of ‘flower power’ and the peace symbol. Writers debated the new-age ‘liberated woman’ and progressive ideals as Bhutto’s democracy gave the nation a sense of personal freedom never experienced before. Filmmakers like Mushtaq Gazdar, with their focus on social narratives, made documentaries like They Are Killing the Horses to highlight the tension between orthodox norms and the aspirations of a new generation of educated women. The classical heroine was replaced by determined and feisty women in television plays, and the nation learned to laugh at itself with Such Gup. The lyrics of one of the hit songs of the day, sung by Alamgir — “dunya ki rasmoon ko tor tor chaley … dunya hame jo kahey” (we will challenge the norms without worrying about the consequences) — seemed to echo the spirit of the time. 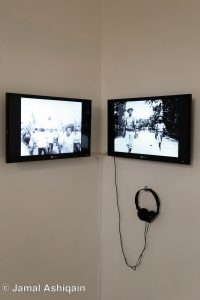 Pakistan Television in its heyday under Aslam Azhar, a progressive writer, actor and director, made it the recruiting ground for national talent that not only elevated the channel’s standards with creativity, but also gave us memorable plays, satire and talk shows. There was no separation between the state and people’s culture as Faiz Ahmed Faiz led the policy-makers in this field. But those halcyon days were soon to end — interrupted by the ‘midnight knock’ in 1976 that culminated in Bhutto’s hanging and the army action in Sindh, leaving a nation shell-shocked as it saw Pakistan begin to change slowly at first and then rapidly, as one draconian law after another was designed to disenfranchise creative and intellectual voices.

Art took the audience through the dark past and a darker present as unresolved questions unfolded at the ’70s show. The sound piece with Bangla national songs and the white sari-clad, rifle-bearing character marching through the crowded gallery detached you from the celebration to the brutalities of civil war. The replica of a tin-roofed room from the katchi abadi was a shrine dedicated to an artist’s father who left home in Dhaka as a 16-year-old on the last plane to Karachi, only to face hardship and a memory he could not fully articulate, till father and son worked together on this piece. ‘The Fountain of Blood’ crafted by neon lights, gory and mesmerising, stood only a few feet away from a Baloch artist’s work asking the visitors to smear his canvas with blood, both indicative of how blood has become so central to our daily experience. The involuntary spillage of blood that gushes unabated at every site of extremist violence seemed to have inspired the fountain, while the Baloch artist seemed to nudge the audience to see how blood connects every civil war with every citizen. 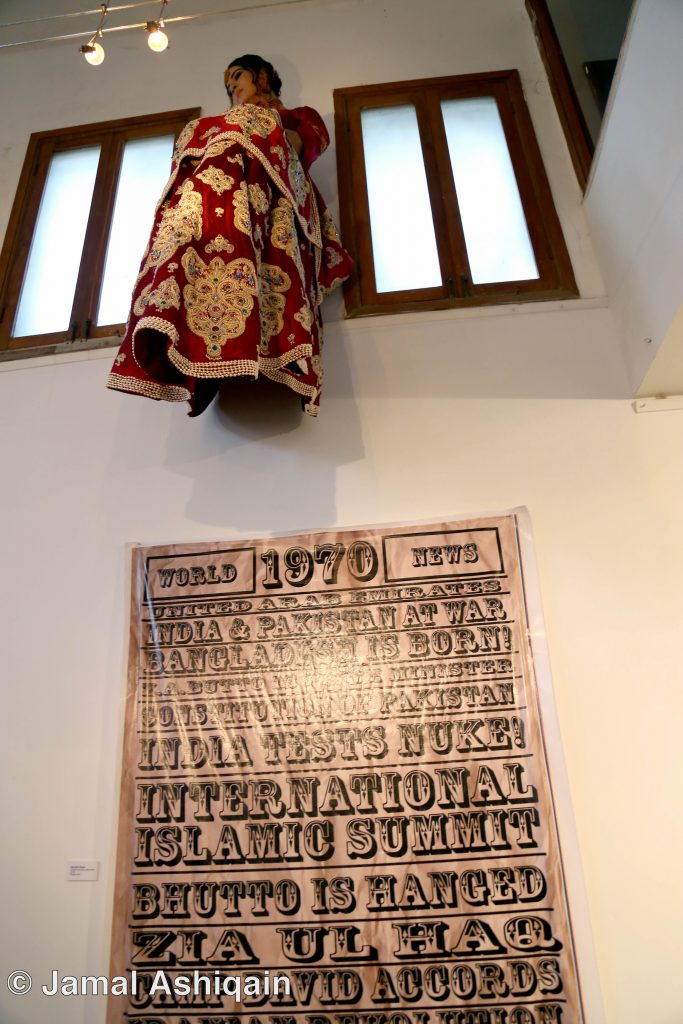 Many people walked down teary-eyed after seeing the montage of the 1970s images where icons like Alamgir and Shyakhi crooned, while Bhutto and Zia pleaded their case to the citizens, each at a different time of the decade with a different case. A military dictator’s speech and censored newspapers screaming the death of democracy interspersed with fashion shoots and a nation dialoguing on social freedom and creativity, revealed the unsettling reality of the historical moment. Bizarre and contradictory, the content encapsulated the chaos brought about by ambitions and their cost to a people.

However much history is erased, layered with half and full untruths, it takes only one artist, one poet or a writer to connect it with the popular consciousness. Many years ago I saw this exhibition in Berlin that was a recreation from memory of a show of Modernists Hitler had banned as ‘degenerate art.’ Many of the artists were either forced to paint pretty pictures the dictator liked, or were hounded by the State. Since then Hitler shot himself in the bunker and the Berlin Wall has come down, but the artists’ voice has survived and returned to complete the interrupted narrative.

Art as seen at ‘The ‘70s: A Radioactive Decade’ will always continue to return to tell the story of a difficult chapter in history that lives in the memory of a people. Each generation will revisit it in their own way, but its hold on the imagination will be carried forth through art whenever an opportunity is created.