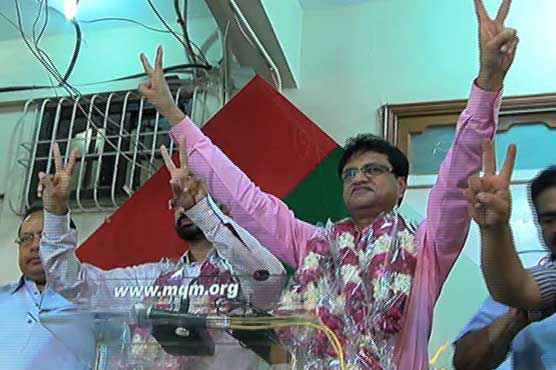 The by-elections conducted for the NA-245 and PS-115 elections may not have produced any surprises in their results but they did provide some interesting indicators of the future of Karachi’s politics. Both these seats were vacated when the elected parliamentarians resigned after winning in the local government elections and both were held by the MQM. The party managed to retain both seats but what was most notable was the complete lack of enthusiasm from the candidates, their political parties and the media — especially as compared to the local government elections.

Both constituencies are traditional strongholds of the MQM, which has held them continuously since its inception with the exception of 1993, when the party boycotted the elections. NA-245 has been won multiple times by MQM stalwart Kunwar Khalid Younas while PS-115 was won twice by Waseem Akhtar, the new mayor-elect and once by Arshad Vohra, MQM nominee for deputy mayor. It was because of the MQM’s popularity in the area, combined with its sweeping victory in the local government polls, that the party did not put too much effort into retaining these safe seats.

One notable change this time round was the absence of the traditional large billboards with portraits and quotes of MQM chief Altaf Hussain. This was likely due to a campaign by the Rangers to remove all party flags and Altaf photos from the public landscape. “Printing large portraits and hundreds of flags requires lots of funds, and the party is, for obvious reasons, not willing to spend money on these things as they would have been removed by the Rangers,” said an MQM affiliate from the Paharganj area.

The main opposition candidates from the PTI did spend more money on their campaigns but complained of a lack of interest from the party leadership in both the city and the centre. “They rely on Imran Khan and expect him to arrive and boost their campaign, which cannot be possible at every point. The local leadership had to take up the campaign and they failed miserably,” says Yaseen Niazi, a former member of the PTI District West organisation.

Niazi says this is a continuation of the PTI’s organisational problems from last year’s by-election in Azizabad. “They did not have enough workers to serve as polling agents or sit at the electoral camps outside the polling stations and asked me to provide people from my district, which only increases the candidate’s expenses. How can one win an election in the absence of a basic structure?” 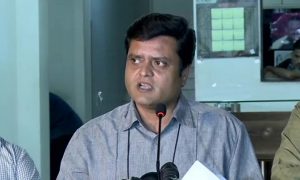 This by-election proved even more embarrassing for the PTI when its NA-245 candidate, Amjadullah Khan, withdrew in favour of the MQM one day before the election. The party responded by accusing Amjadullah of taking money from them for his campaigning under false pretenses, while the PPP claimed that before joining the MQM he had offered to come out in favour of its candidate in return for compensation for his electoral expenses.

This unsavoury incident showed just how much money is required to run for office. A PTI member close to Amjadullah said that the candidate had spent around two million rupees on his campaign and needed two million more on the day of polling for expenses like providing transport and food to workers. He did not have the required money and it was not forthcoming from the party. Knowing he could not win, he chose the option of surrender.

The MQM, meanwhile, has kept increasing its margin of victory over the PTI. In the 2013 general elections it had a 3:1 ratio over the PTI, which has risen to 13:1 during the local government polls. This shows that the party has kept its political support base intact. Where it has lost influence, though, is in terms of muscle power. It is no longer able to bring the city to a halt during protest calls and even its turnout in the by-elections was lower than usual.

The party has tried to defend the low turnout. Muhammad Fahim, a local from North Nazimabad, said, “Both the constituencies comprise middle class localities where most of the people are doing jobs or running their own businesses. Since the elections were held on a working day, most people were not able to wait in queues and cast their votes. Also, the contest was so one-sided that everyone assumed their vote would not make a difference.”

But Izharullah, a local affiliate of the Jamaat-e-Islami, disagrees. He says that, even previously, voters would not bother to cast their vote but this time, thanks to the vigorous presence of law-enforcement agencies, the MQM was unable to manipulate the polling process. But that does not explain the lack of enthusiasm for other parties too and why the JI, once a major power in the city, did not even bother to contest the by-elections.

If there was any challenge to the MQM, it came not from their opponents on the ballots but their enemies on the streets of Karachi. The Haqiqi faction of the MQM and the Sunni Tehreek were blamed for a series of attacks on MQM election offices. The party has blamed this intimidation for the low turnout. “These parties have negligible support so they resorted to these intimidation tactics to dissuade people from voting for the MQM,” said Fayyaz Marwadi, a local trader.

On top of that, the MQM cadres also feared arrest while sitting at party offices or election camps. One MQM worker said, “Very few people were willing to sit in the office or participate in election activities as the raids against MQM workers suddenly escalated in March after a hiatus post-local body elections in December.”

Another MQM office-bearer blamed the candidates themselves. “This was one of the rare occasions when local people insisted on a say in the candidates for the by-elections and a name earlier suggested by the party was not supported. The party had to change the candidate for PS-115 but people still were not happy with the choice and expressed their displeasure by not voting.”

Whatever the reason, signs of desperation are evident among the MQM supporters, and with the arrival of Mustafa Kamal, there is a crisis within the party ranks. Many old members are departing and those workers and activists facing criminal charges are complaining that the party is not doing enough for them. As a political scientist quite aptly put it, “The MQM is not going to break up this time but it faces a meltdown.” n