Lollywood’s sultry siren Meera manages to stay in the news for the right reasons — but mostly for the wrong. Very comfortable in her own skin, the actor does not flinch in the face of controversy. From her hilarious interview with ace photographer Tapu Javeri in English posted on social media, to her alleged marriage proposal to PTI chief Imran Khan, to her dishevelled appearance on a TV channel, Meera has courted controversy with remarkable aplomb. In this exclusive interview with Ally Adnan for Newsline, she talks of all this and more in her signature controversial style — that, we hope, is not lost in translation!. Over to the sporting newsmaker… 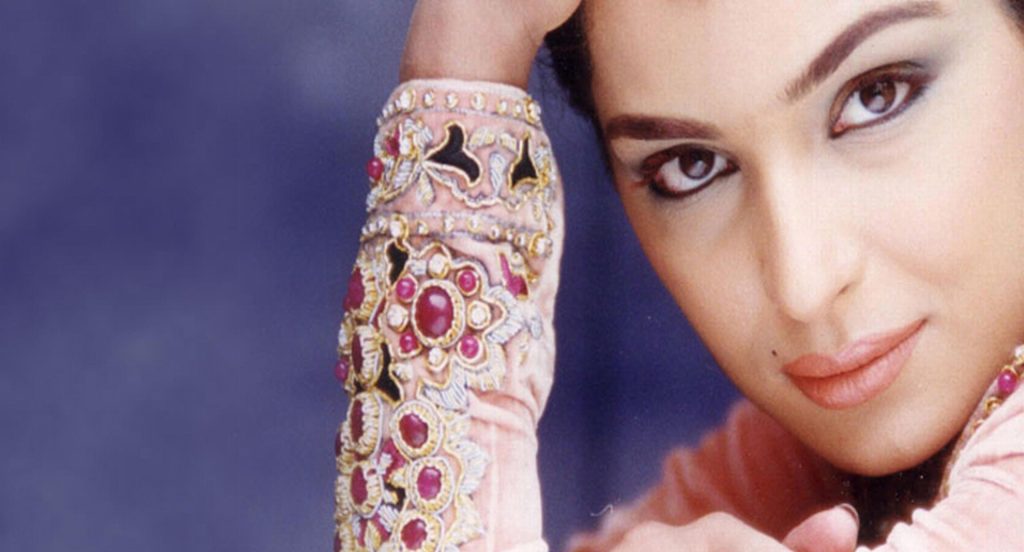 A lot has been said about your ability to speak English, or lack thereof.

A whole lot, actually. It is both pathetic and cruel. It is cruel because it is done to hurt me.

I studied in school for a total of five years and had to give up my studies when Mahmud Sipra discovered me and cast me as a model in an advertisement for potato chips. Like any other 10-year-old, I wanted to study, spend time with girls my age and enjoy my childhood but that was not meant to be. The gig marked the end of my childhood and my education. I had to work as a model and make money to support myself and my family after that. There was no looking back. My problems were different compared to those who make fun of me. They had privileged childhoods. They were surrounded by servants. They had chauffeur-driven cars. They went to the best of schools and got to travel all over the world. Their English is obviously better than mine but they should be grateful for the privileges they had as children and not be merciless.

Once I made my mark in show business and became comfortable financially, I decided to make up for lost time by studying and learning to speak English. I believe this was a laudable thing to do but, instead, people used it to poke fun at me. I have been hurt by the plethora of negative comments people have made about my ability to speak English. I do not understand how these people can justify their heartlessness.

Do you think Nadia Khan was unfair when she accused you of manhandling the producer of her show, shared video clips of you in a dishevelled state, and verbally attacked you on her show and in the social media?

Nadia was vicious, venomous and wantonly cruel. I was supposed to be on her show but had gone through a particularly rough night. I was in no state to be on a morning show. She should have been understanding and kind; instead, she chose to exploit the situation in order to boost her show’s ratings and satisfy her inherently vicious nature. She invaded my privacy by having her cameraman enter my car forcibly and shoot videos when I was not in a presentable state. Everyone has bad days and everyone behaves poorly, once in a while; people need to be compassionate in such situations. There is a Hadith: “On the day of judgement, God will conceal the faults of those who conceal the faults of others.” Nadia, of all people, should be grateful that the public does not know all of hers. I tolerated her misbehavior and left it to God to guide her.

Female actors of today pale in comparison to the older generation of actors like Zeba, Shabnam and Rani, and your generation, who had a lot of charisma.

You are absolutely right. The stardust is missing in the younger generation of female actors. A lot of them come from the relatively unglamorous world of television. They do not understand what it takes to be a star of the big screen. Quite a few of them are older as well and some are divorced mothers. They do not have the fresh look that people like us had when we started.

Reema and I entered the world of cinema while in our early teens. We were young, energetic and pretty girls determined to do our best in films. Our larger-than-life personas were deliberate and studied. We wanted our audience to get a vicarious thrill out of watching us on the silver screen. It was not always easy to be decked up but we did so because we believed that it was our duty to entertain cinegoers and live up to their expectations of glamour, style and fashion. As a result, even now Resham, Reema and I are better known than any of the female actors working in the industry today.

Do you see any major difference between the actors of your generation and the ones working in cinema today?

I see one big difference — a total lack of humility. I find the present lot arrogant, disrespectful and rude. I had tremendous respect for actors who were senior to me. Even today, I bow down and touch the feet of actors like Sangeeta Baji and Madam Shamim Ara whenever I meet them. Actors today appear to have a sense of entitlement rather than of gratitude.

Have you enjoyed your stint in the film industry?

Yes, I have. I have worked in around a hundred films. I have had my fair share of hits. I have won several awards. I believe I have turned in some very good performances. I have made good money. There have been ups and downs, but I have had a good ride for the most part. Most importantly, I have enjoyed immense popularity amongst cinegoers.

Your Indian films did not do too well commercially.

I feel that Nazar was received well. Paanch Ghantey Main Paanch Crore made a reasonable amount of money. All actors have some hits and some flops. It comes with the territory. Pakistani actors are doing well in Bollywood these days. Yes, they are. I am happy for them. I was the trailblazer. I helped open the door.

Have you made many friends in the industry?

Show business is not the right place to look for friendship or for love. It is an intensely competitive world, full of very superficial, insincere and selfish people. However, I have met a few genuinely caring people in my career like Javed Sheikh Sahib, Nadeem Sahib and Mahesh Bhatt Sahib. Sameena and Usman Pirzada have always been very kind. There have been a few others. They were all older than me though and more my mentors than friends. I was never able to get along with people of my own age group. I really do not have any friends.

Who, then, do you turn to in times of adversity?

God. There is no one else. 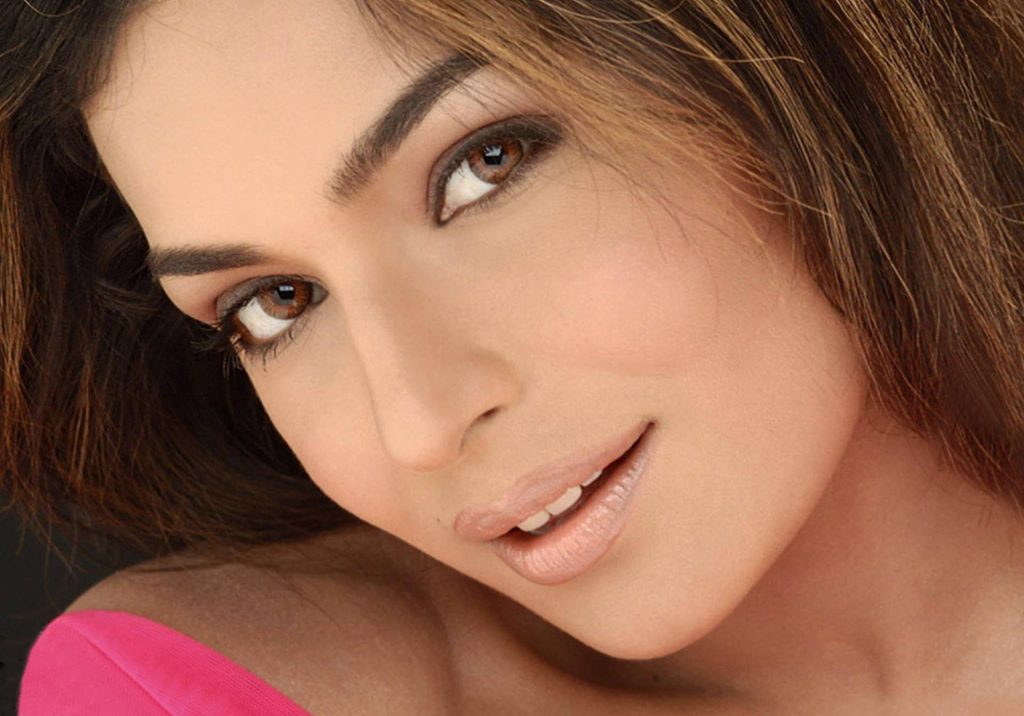 You have not worked in a Pakistani film for a few years now. Why?

I was dealing with some rather ugly personal issues and I did not find any projects that really excited me. I am now back in the game, working in a couple of films and discussing new ones with several filmmakers.

What were those “ugly personal issues?”

A man who claims to be my husband has made life very difficult for me. A forged marriage document is the basis of his claim. He has dragged me to the courts. He has damaged my career. This has been going on for several years now. It is very sad that a liar can manage to hurt an innocent person for such a long time.

On another note, did you really propose to Imran Khan after he divorced Reham Khan?

I did not propose to him but I did express a sincere desire to marry him. One, I think Imran Khan is a great man and would make a good husband. Two, I want to get married and settle down. Three, he needs someone loving, sincere and devoted like me around him. I do not think he surrounds himself with the right people.

Is it important for you to get married and settle down?

It is my dream to find the right man and have him propose to me. I want to settle down, I want to have children and I want to raise them well. I would happily trade my career in show business for a blissful married life.

You are young and still have time.

Not really. I am of marriageable age and have been so for quite some time.

How do you reflect on your career?

Pakistan is a nation of sad people who have been denied education, justice, entertainment, basic civic amenities, human rights and a lot else. I feel good that I have been able to make them happy, albeit for three hours at a time, with my films. I have danced to entertain them. I have dressed up to make them happy. I have acted in films catering to the masses. I have conducted myself in a manner that they find pleasing. In my own small way, I have made a lot of Pakistanis happy. I am proud of that.