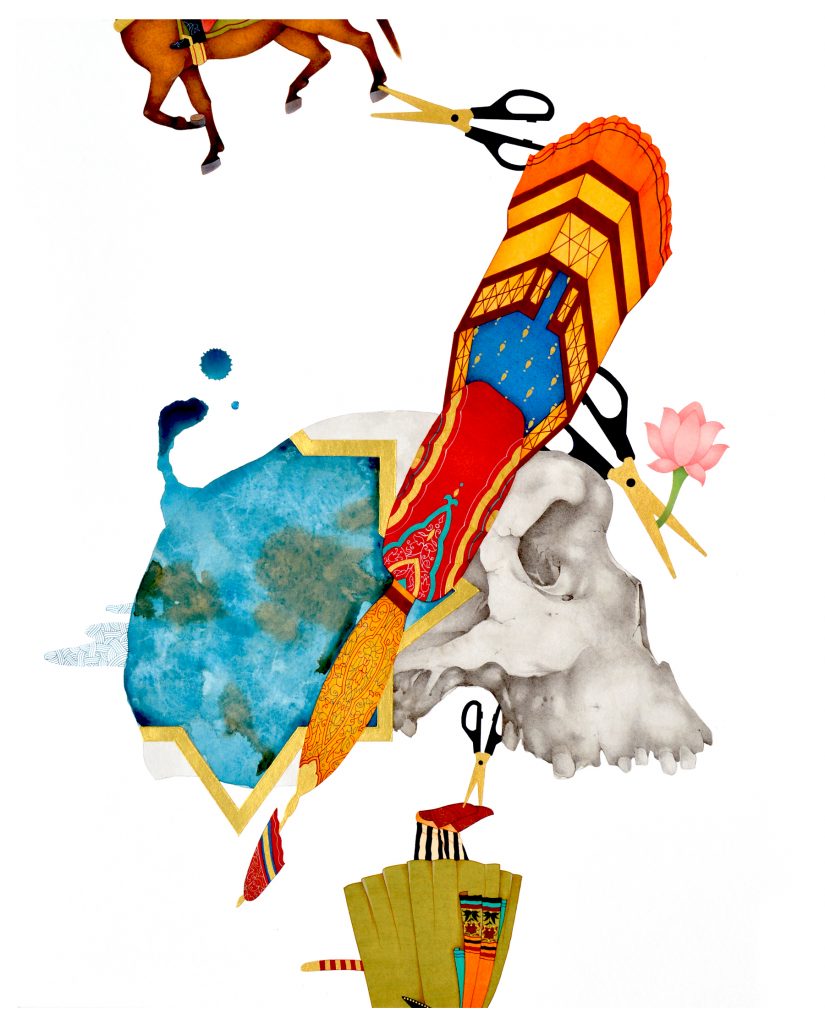 The art of miniature painting in Pakistan, especially as advanced by the National College of Arts in Lahore, is both a continuation of conventional style and a development in the art of narrative through visual language. The recent show at Sanat Gallery was a textbook example of this trajectory, in which artists are taking the traditional art of book illustration into a wider realm of cultural discourse by raising questions regarding the complexities of historical experience.

Asif Ahmed and Shiblee Muneer co-exhibited a series of 22 paintings on wasli paper under the title, Once upon a time. Their technique and brushwork was impeccable. The traditional elements of miniature painting were salient in the precision of strokes, the pattern repeats, embellishments, stippling and jewel-like colours. The themes in the works, however, go beyond style in order to create an insurrectionary landscape.

In the painting titled ‘Tradition & tension 4,’ Asif Ahmed shows a twelve-spoked, wood-mounted canon pointing towards a cluster of figures which includes humans and animals. The figures are locked in battle and are shown tilted and in full profile, as one may find in illustrated manuscripts of the Akbarnama. They stand out against the stark backdrop which is bare, unlike the embellished backgrounds in traditional Mughal miniatures that evidence horror vacui. The embrace of the lion and soldier is simultaneously deathly and intimate, creating an ambiguity which may be extrapolated into a critique of colonial relations between the old order and the new. 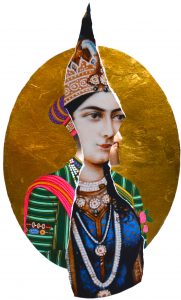 Asif explores this critique more overtly in ‘Tradition and tension 2,’ in which the imagery has multiple connotations. There is a Cupid aiming his arrow, a circular orb stenciled with a steaming cup of tea and scissors. An English soldier stands atop a cushion which smothers a fallen Mughal fighter. The soldier in his crimson coat is reminiscent of Major-General Robert Clive’s famous portrait by Nathaniel Dance. Clive, of course, was credited with establishing the supremacy of the British East India Company in Bengal.

Where Asif Ahmed has used a system of symbols to make a reference to ambiguities in cultural conflict, Shiblee Muneer has made use of collage, incongruity and double entendrÃ© to highlight the indeterminacy of a monolithic historical narrative. His work is highly subversive.

Six out of his 13 contributions to the show are Mughal portraits titled ‘Contextual problems in history writing’ numbered from 1-6. The faces are tampered with. Cutouts of eyes replace the original sets in collage and some faces are reworked with torn strips from two independent portraits. Male and female faces are interposed, making each portrait neither one thing nor another but a uniquely androgynous chimera.

In another large untitled, painting, in mixed media on wasli, Shiblee has a plethora of images from different time periods. There is a faded mid-section of Mughal courtiers in a parade. Ronald MacDonald the Clown nestles between two calligraphic panels in Nastaliq script, as in Persian manuscripts. The lower calligraphic strip is Shiblee’s signature and acknowledgement of his mentorship to his grandfather, the eminent painter Haji Muhammad Sharif. In this work and in a second mixed media collage titled ‘The story of excavation,’ the juxtapositions of seemingly unrelated images set off chains of thought like sparks of fireworks.

A large work in gouache and gold gilding resembles the ornate page of an illuminated manuscript with multiple ornamental borders. The calligraphy uses thuluth script in black ink with red diacritical points. As one nears the seemingly sublime document, there is a definite sense of having had one’s leg pulled, albeit in an exquisite manner. The writing in Urdu, reads: Hum Takleef Ke Liye Maazrat Khwah Hain. This meaningful/meaningless apology has been attributed to the Government of Punjab. The painting validates authority by using hieratic-style script and simultaneously mocks its vacuous content.

Virginia Whiles has highlighted two groups of miniature painters in her book, Art and Polemic in Pakistan. She differentiates between the traditionalists and the experimenters whom she dubs ‘Group X.’ On the work of the latter she states: “Initially seduced by their formal beauty, a shock comes on reading the content of their paintings. The apparent paradoxes are a function of the contrasts in the work — operating between the rigour of the traditional technique and the vigour of the contemporary critique.” 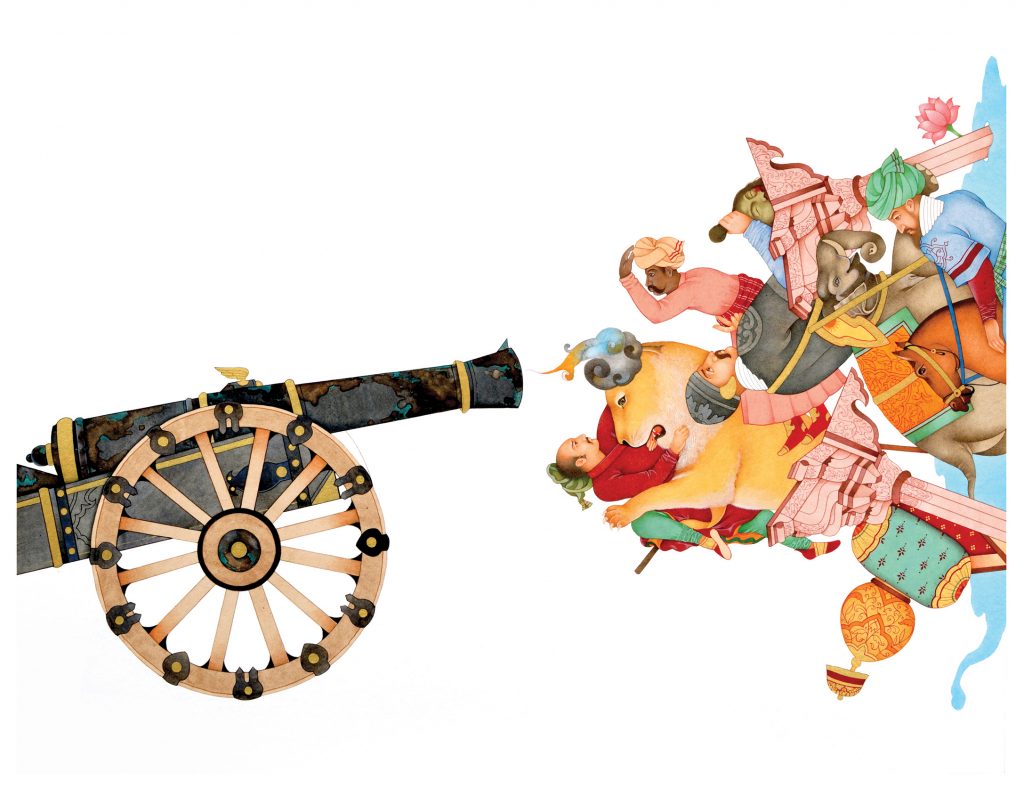 Clearly the work of Asif Ahmed and Shiblee Muneer falls in the experimental category that owes much to the innovations of Zahoorul Akhlaq. Mythical worlds are being reconfigured to express the indeterminate ambiguities of history. Miniature painting has bifurcated from preserving tradition into initiating discourse. As such, it is reinventing itself as a robust partner of postmodern uncertainties.