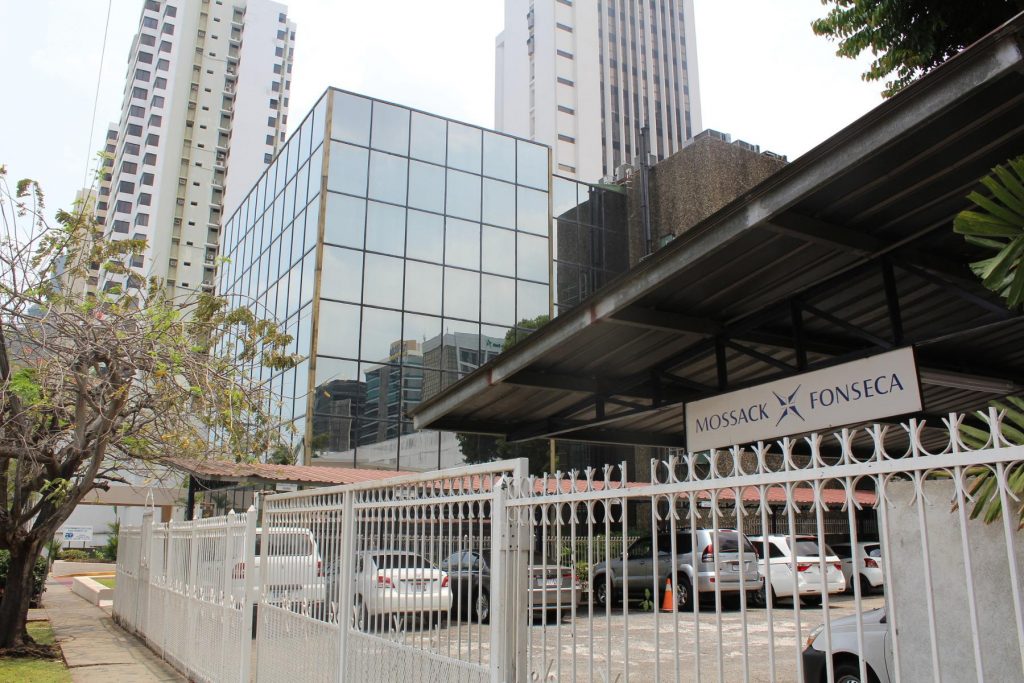 Actually, the fact that some of the world’s richest people secrete their wealth, either to avoid taxes or to disguise its dubious origins, has long been common knowledge. The specifics highlighted last month via the so-called Panama Papers are nonetheless fascinating, both for the insights they offer into the lengths to which segments of the one percent go to obscure their riches, and for the naming of names. 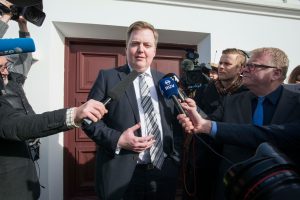 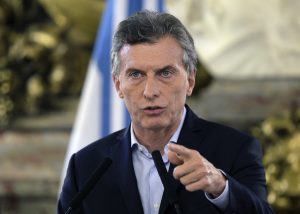 Iceland’s centre-right prime minister, Sigmundur Gunnlaugsson, has been the leading casualty of the revelations, obliged to resign after it turned out he and his wife had failed to disclose their shares in his country’s bailed-out banks.

Britain’s David Cameron faced a few hairy moments when it turned out his father had set up an offshore trust that avoided UK tax and benefited his family. Downing Street first dismissed the matter as a private affair, then declared that Cameron and his wife would not receive any income from offshore trusts in the future. The implication that they had gained from this particular method of wealth accumulation in the past turned out to be true, but Cameron adopted the tactic of going on the offensive to defend his father’s integrity (which was never really the issue) and was eventually obliged to release his tax returns for several years. 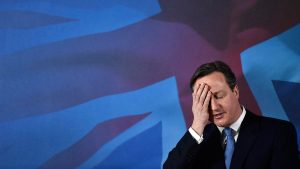 There was never any evidence of illegality — but that, as any number of people, including US President Barack Obama, have acknowledged, is part of the problem. Existing laws in all too many territories do not insist upon transparency. The Panama Papers revelations were embarrassing for Cameron precisely because the British prime minister has argued against opacity. Hypocrisy, however, is a key component of almost every successful politician’s arsenal.

When confronted with exceptions such as Jeremy Corbyn, Jose Mujica and Bernie Sanders, we tend to be taken aback. It is, meanwhile, also an irrefutable fact that British overseas territories such as the Cayman Islands and the British Virgin Islands are among the most favoured repositories for untaxed wealth, conveniently operating under rules that are not dictated by Westminster. 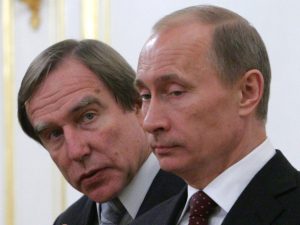 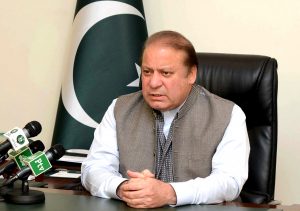 The international services of the BBC were remarkably reticent in highlighting Cameron’s woes, but they — like most western media outlets — were hardly backward in spotlighting the murky paths that implicated Russian president, Vladimir Putin, in a range of potential scandals.

Putin’s name has not appeared anywhere in the leaked documents, but a number of his close friends and allies have been implicated in seemingly dodgy transactions, including cellist Sergey Roldugin, a close friend since Putin’s youth, who claims to be unaware of the millions attributed to his portfolio of lucrative interests.

The paper trail does not, however, lead directly to the Kremlin’s door, suggesting Putin has been remarkably clever in disguising his wealth, not least through Bank Rossiya, founded in Leningrad at the eclipse of the Soviet empire, when Putin was deputy mayor to Anatoly Sobchak. Since then, he appears to have left no precious stone unturned. Nonetheless, the evidence available thus far has all been circumstantial. That does not necessarily point to Putin’s innocence — in fact his culpability is almost a given — but it provides the Kremlin with sufficient ammunition to suggest that the media assault is prejudiced. 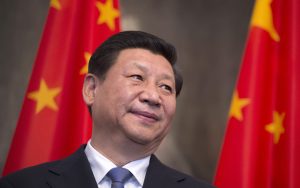 It’s difficult to disagree with that assessment even while acknowledging 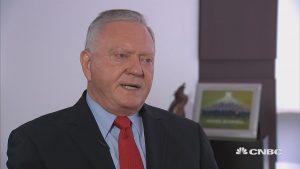 that visualising the Russian president’s corrupt practices does not require much of a flight of the imagination. Russia, however, is effectively on the periphery of global capitalism.

Some of the most egregious atrocities in this sphere inevitably implicate the United States itself, but its own rules and regulations, at least in some states, don’t necessitate recourse to foreign havens. Yes, a crash such as that of 2008 can recur, but those who benefit from deregulation are hardly likely to protest.

Not surprisingly, the owners of the Panamanian legal firm Mossack Fonseca, which facilitates pathways to financial obscurity for the rich and famous — the hacking of whose computers apparently resulted in the leak of 11.4 million pages worth of data — have claimed that nothing illegal has emanated from their offices. And they may be right, even though the Panamanian authorities have raided Mossack Fonseca’s offices in recent weeks. One of the entity’s founders, Ramon Fonseca, has claimed the firm not only broke no law, but that the only criminal action relates to the leaking of its records. That may well be the case — and, if so, there’s an incredibly strong case for changing the law. 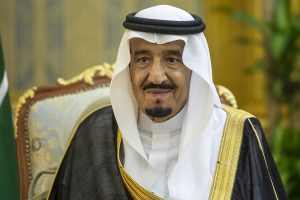 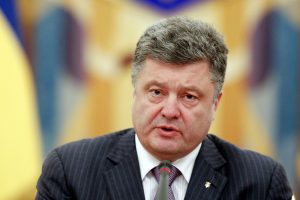 Panamanian commentators have indicated that their nation does not stand out as a candidate for condemnation, given the laxity of the international regimen in such respects. It is possible to empathise with them, while noting that Mossack Fonseca was set up not long before the US invasion of Panama, after its leader, Manuel Noriega — who was on the CIA payroll — ostensibly went rogue. It is worth noting that the father of Mossack Fonseca co-founder, JurgÃ¼n Mossack, was a member of the Waffen SS who offered to spy for the CIA, specifically on Cuban communists.

Mossack has been reticent in the wake of last month’s revelations, while Fonseca, a relatively renowned writer who went into politics but bowed out after his firm was implicated in Brazilian corruption, has been somewhat more outspoken. Nothing he has said, though, vindicates the role the firm appears to have played in enabling the obscurity of sometimes ill-gotten gains. 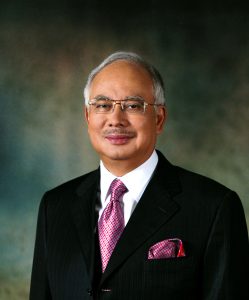 What’s more, Mossack Fonseca is the world’s fourth biggest offshore law firm — the identity of the preceding three has not been revealed. Given that even the majority of facts gleaned from the Panama Papers remain to be publicised, it is easy to see last month’s revelations as the tip of the iceberg.

Who knows what lies ahead? The heads of government in Iceland, Britain, Russia and Pakistan, among other 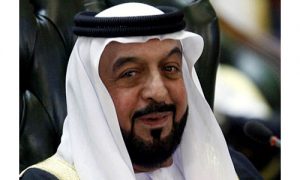 nations, have had to respond to tricky questions. The implications of the Panama Papers extend much more broadly, though, not least in respect of the funds that have gone into offshore accounts instead of contributing to uplift in Africa based on profits from the incredibly rich continent’s natural resources.

The Panama Papers were leaked in 2014 to the German newspaper SÃ¼ddeustch Zeitung, which decided, given the scope of the available information, to share it worldwide via the International Consortium of International Journalists (ICIJ), which in turn extended the remit to 107 media organisations in 78 countries. The division of labour was appropriate. And one expects this resource will yield a great deal more information. 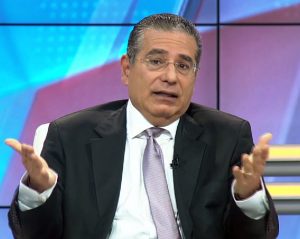 It won’t immediately change the fact that neoliberal capitalism rules supreme, notwithstanding its demonstrated inadequacies. But it may contribute to the realisation that this particular ideology has run its course and come up wanting. The Panama Papers are, above all, a reminder that the trickle-down theory is nothing more than a cruel myth.

What the future holds remains indiscernible. We are coming up, though, to the centenary of the Bolshevik Revolution. And the case for an equally radical break from the status quo has seldom been stronger.