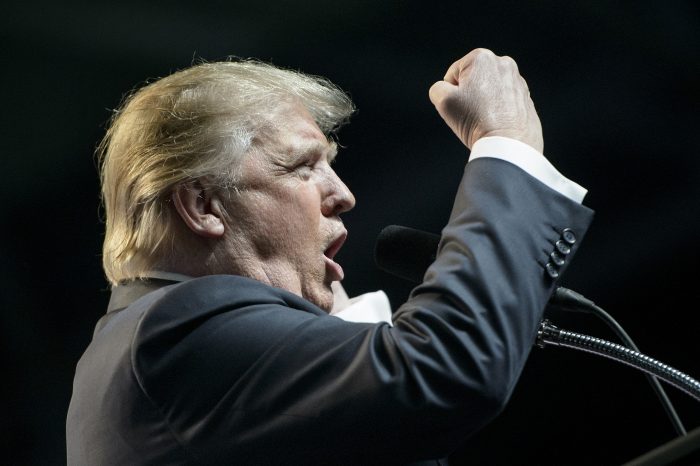 Some of the best advice given to a US president on intervening in Syria’s civil war came from a game-show host and celebrity tweeter named Donald Trump. In 2013, after Syrian President Bashar al-Assad launched his first chemical attack, Trump tweeted, “We should stay the hell out of Syria, the ‘rebels’ are just as bad as the current regime. WHAT WILL WE GET FOR YOUR LIVES AND $ BILLIONS? ZERO” (unique punctuation his). A few months later, he had some more sage words: “What will we get for bombing Syria besides more debt and a possible long-term conflict? Obama needs Congressional approval.” A random Twitter user who disagreed with Trump received a reply saying, “No, dopey, I would not go into Syria, but if I did it would be by surprise and not blurted into the media like fools.”

Discarding everything he had ever said before — something that is rapidly becoming the defining theme of his White House — Trump responded to Assad’s latest chemical attack by bombing a Syrian airfield without seeking Congressional approval. He also blurted his plans out to the media a few hours before doing so. What apparently changed his mind was seeing photographs of children killed and injured in the chemical attack, although his concern would have been more touching and genuine if it wasn’t accompanied by Trump unleashing his own violence on Syria and his continued opposition to letting any of those Syrian children seek refuge in the US. 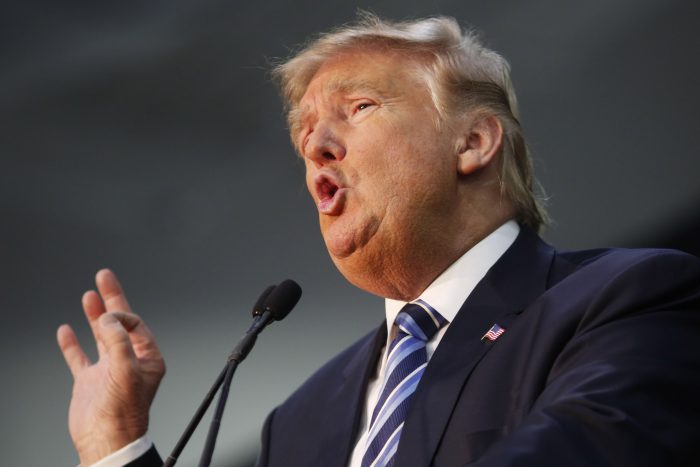 That Trump would be a hopeless flip-flopper as president was a given. He has said so many different, incoherent things about which he has no knowledge whatsoever, that he was always going to be influenced by those surrounding him — all of whom are long-time Republicans and share the party’s passion for making war. What is infuriating is that his most significant shift has come in Syria —the one place where his instinct to stay far away was actually justified.

Equally maddening is the praise he has received for doing what has become a rite of passage for every US president — bombing a Muslim country. When he launched his missile attack on Syria, Fareed Zakaria (CNN) said this was the moment Trump finally became US president — and he meant it as a compliment. Another anchor used variations of the word “beautiful” three times to describe the weaponry unleashed by Trump. Well done to the US media. By showering praise on Trump it has ensured that he — a man who seems to have an almost chronic need for praise and flattery — will now use force abroad whenever he needs a quick dose of popularity. In fact, the minefield of hypocrisy that is Trump’s Twitter account had predicted that this is exactly what a US president would do. In October 2012, he tweeted, “Now that Obama’s poll numbers are in a tailspin — watch for him to launch a strike in Libya or Iran. He is desperate.” When Trump launched his strike on Syria, his poll numbers were the lowest of any president ever at a similar stage of their presidency.

That might explain why he also dropped the so-called “mother of all bombs” on Afghanistan, the largest non-nuclear weapon ever used. Afghanistan was another country about which Trump had quite a lot to say. Again, from his Twitter account: “Let’s get out of Afghanistan. Our troops are being killed by the Afghanis we train and we waste billions there. Nonsense! Let’s rebuild the USA.”

Apart from indulging in war, the favourite activity of US presidents, Trump has mostly been busy enriching himself. He spends every weekend at one of the many resorts he owns, which then charge the US government millions of dollars for having to host his entourage and security. While at his country clubs, Trump mostly works on his golf game. Spending time on the links is one of the least damaging things Trump can do since it takes time away from ruining the country he was elected to lead, but it once again opens him to charges of hypocrisy. In 2014, he said about his predecessor that, “We pay for Obama’s travel so he can fundraise millions so Democrats can run on lies. Then we pay for his golf.”

Not all of Trump’s U-Turns have been for the worse. During the campaign he had repeatedly threatened to label China a currency manipulator, something which is not only untrue but would have led to a damaging stand-off between the two most powerful countries in the world. After meeting with the Chinese premier, he declared that China was no longer a currency manipulator, wanting to leave the impression that three months of Trumpian magic had sorted everything out. He similarly changed tack on Nato, which he had denounced as an obsolete relic during his campaign. Now he simply says Nato is no longer obsolete, without caring to explain how it had suddenly gained relevance.

Lest it be thought that President Trump is an unprincipled charlatan who will go back on everything he has ever said, keep in mind that there is one aspect to his personality that has never changed: he still loathes all people who aren’t white. He may have given up on trying to repeal Obama’s healthcare plan, but he persisted in trying to implement his Muslim ban — and vows to keep on trying even though the courts have thwarted him twice. He may not even have been able to build the big shiny border wall he promised or get Mexico to pay for it, but he has already started deporting undocumented immigrants who were given some relief under Barack Obama. Trump may be animated by self-enrichment and a thirst for approval, but nothing has yet come close to topping his unvarnished racism.