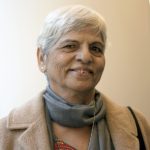 We Pakistanis are very ingenious and resourceful when it comes to solving seemingly intractable issues. We manage to “invent” solutions for every problem we face — and there is no shortage of those.

Power shortage? Generators and UPS’ flood the market and, presto, you have your own power supply. What’s more, you have a choice to meet the size of your pocket.

Security concerns with crime on the rise? Private security companies can provide guards on demand and, depending on your budget, you can have as many as you want. They are also armed to give you an extra sense of safety.

A child doing badly in her studies because the school is failing to meet the standards set for it? No problem. Get private tutors and, with the mushrooming of tuition centres, you have a wide choice.

Need to publish research papers to be promoted as professor? And those no-good editors don’t find your research sound enough to publish? Don’t worry. There are numerous, if somewhat dubious, online journals who will publish your paper for a fee and you get a title of a publication to add to your CV and get a promotion.

The latest to join this privileged club is an institution called The Writing Centre. Not that such centres didn’t exist before. They catered primarily to the needs of aspiring creative writers, providing one-on-one training to those who could write but needed guidance in fiction writing.

But now such centres have a new dimension. They have ‘consultants,’ not teachers, to perform their functions. In April, the impressive sounding ‘First National Dialogue on Writing Centres’ brought together a number of people from various universities and institutions, where writing is being taught as an organised discipline. Hosted by the Institute of Business Administration’s (IBA) Ardeshir Cowasjee Centre for Writing (ACCW), the idea of the dialogue was to promote this new entrant into our academia. An array of high-profile speakers were present to praise, not the art of writing, (which I would do any day), but the centres that teach writing.

And, of course, writing needs a language. From what I could gather from the two sessions I attended, the language being promoted is, as expected, English. Dr Ishrat Hussain, former Director of the IBA and now Professor Emeritus, rightly pointed out that, “In the current phase of globalisation, English is the principal language of technology, science, research and international relations. Pakistani students seeking to acquire new levels of professional qualification in Pakistan or in overseas countries direly need to enhance their proficiency in English to be able to benefit from new knowledge and obtain progressive employment.”

The disturbing question one is confronted with is: Aren’t our schools and colleges teaching the students how to write? English has been promoted aggressively in our school system at the expense of our indigenous languages, especially in the elite private schools, so it comes as a surprise that their students need writing centres to learn how to write. And mind you, these schools constitute the catchment area of enrolment in most business universities.

I had visited the ACCW soon after it was founded in 2014 at the invitation of Dr Ishrat Hussain. I was impressed, though a bit uneasy with the implications of such an institution. I was told then that some students coming from high-fee schools — I won’t name them — were not sufficiently proficient in English. Hence the need to teach them how to write and bring them at par with their classmates. Now I am told that the ACCW has so far “helped over 1035 students to improve their writing skills, critical, analytical thinking and self-confidence in articulation. Providing a one-on-one consultancy facility in sessions of about 40-45 minutes’ duration, students and consultants (senior students, lecturers etc.) review idea generation, structure of texts, grammar and syntax and complex stylistic concerns.”

That means our teaching and language standards have gone down further. In this context, the Writing Centre would appear to be an innovative idea. It would have been so much better had the students been taught all this when they were in school. But obviously they are not being taught well enough. Hence the demand for often exorbitantly costing tuitions and for writing centres.

The writing schools are shortcuts to make amends for the flaws in our education system. Instead of addressing the basic weaknesses in our collapsing system of education, we are trying to provide for a small class that is privileged.

As happens when such an approach is adopted, the gulf between the haves and the have-nots widens. It is the moral responsibility of the elite to extend a helping hand to the disadvantaged ones. Can we afford to leave 25 million children out of school while a small crust of the more fortunate ones get the best education for which they can pay?

Another cause of concern is that we tend to explore solutions at the higher education level, when a preponderant majority of the children who enter the education stream have dropped out. Crying over spilt milk after a child’s formative years are over, does not help much. It is time we stopped slicing education into different sectors. It should be treated as a composite whole. If schools fail to teach language properly, the universities will naturally get students who cannot write. To say academic writing has to be taught, as one speaker said, is a myth. Anyone who knows how to write in a language and has knowledge of his subject, can be given guidelines in an hour on how to write a business letter, make a project proposal or write a research paper. There is no shortcut to writing.