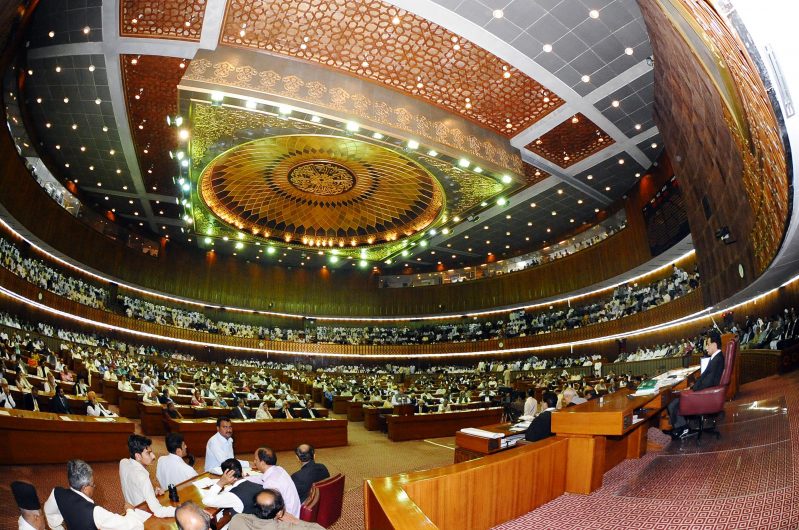 The budgetary proposals for the next year will, once again, be based on almost two decades old census figures and provincial allocations based on a three-year-old National Finance Commission (NFC) Award. Income and expenditure proposals need to be adjusted to the gloomy ground realities, as exports and remittances show a significant declining trend, while debt servicing and imports are climbing up steeply. Despite being the costliest in the region, domestic electricity generation has miserably failed to keep up with demand, adversely affecting both the manufacturing and agricultural sectors.

Indeed, for years we have managed our economy in a manner that has the potential of undermining our security. While dole dependency continues to increase, we aim to follow the dictates of our multilateral and bilateral donors to the letter while managing the national economy.

The easiest part of managing the economy is the exercise of putting together the annual budget. Most of the time it is done through back calculations. A notional but ambitious figure is earmarked as the proposed target for Gross Domestic Product (GDP) for the upcoming financial year. This is followed by estimates of equally notional contributions as per their respective sizes from large and small manufacturing sectors, agriculture, construction, services and so on. In fact, the whole balance sheet, more often than not, is based on fanciful estimates all around.

Unlike other democratic countries where shadow cabinets keep a close watch on the economy and often announce shadow budgets, Pakistan does not have such a tradition. Most opposition parties keep talking about rising debt and declining revenues without proposing alternative ways of stemming the rot. Neither do we have the tradition of debating various aspects of the budget in specialised parliamentary committees before it is brought to the House for voting. In fact, annual budgets are actually kept hidden till the last moment even from the relevant parliamentary committee. At best, a hasty debate on the proposals is conducted in the National Assembly over two weeks and then it is passed post-haste as if both the government and opposition members have other, more important, business to attend to outside the House.

The only matter that brings the best or worst out of the parliamentarians during the debate is the head under which generous allocations are made for their own use, ostensibly for development purposes in their respective constituencies. These allocations, which are in fact bribes, keep members across the aisle from asking searching questions about the budgetary proposals, especially the issues of income and expenditures. This practice of bribing the members of parliament was introduced by General Zia-ul Haq to keep members of the 1985 parliament from questioning his authority to take all kinds of strategic decisions, including financial ones, on his own, without consulting parliament or the cabinet.

However, there is another reason why the national economy does not respond to measures envisaged in successive national budgets. We have been at war since the early 1980s, but every annual budget since has been framed for a country at peace within and without. The economy has remained so focused on war all these years that it fails to add to our depleting social and physical infrastructure.

It is, indeed, not possible to carry out a 37-year-long war effort without any financial cost to the nation. Being at war all these years has seriously and adversely impacted our economy. We need to stop deceiving ourselves and start budgeting up front for the ongoing war efforts.

Perhaps that is the main reason why despite having had the good fortune of being the most allied ally of the US since the mid-1950s until 1988, and then once again having been adopted as a Non-Nato ally since 9/11, presumably to date, the economy has continued to refuse to respond to any of the policies framed for a country mistakenly believed to be at peace within and without.

Until about the time we became involved in wars in the early 1980s, budgetary allocations for development work would always be more than the allocations shown as defence budgets. But since the mid-1980s, this trend has been reversed, although we received heavy injections of unencumbered assistance, both military and civil, during this period from almost the entire ‘free world’ plus China.

Entering the decade of the 1990s, we found ourselves deeply involved in two, almost 10-year-long, low-intensity wars, one between the Taliban-ruled Kabul and the Northern Alliance, and the other between Indian troops and freedom fighters who had launched a ‘jihad’ against occupying troops in Indian-administered Kashmir.

We have been involved in a war within since around 2005, when the Tehreek-i-Taliban Pakistan (TTP) started challenging the armed forces and attacking security installations. Even the GHQ did not escape their assault. 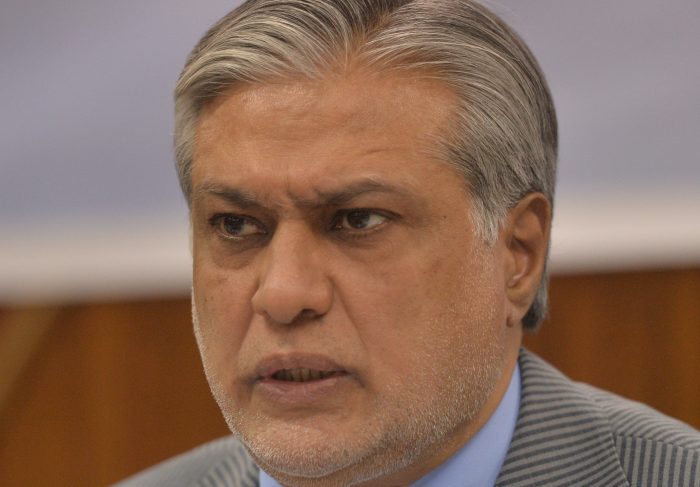 Finally losing patience, the armed forces hit back by launching Operation Zarb-e-Azb in June 2014 and went after the TTP. Since then, the war within, which is now named Raddul Fasaad, has engulfed the entire country. The TTP are said to have fled to Afghanistan and are now mounting attacks against Pakistani targets from across the Durand Line with support from the Afghan Taliban, who too are said to have been uprooted by Zarb-e-Azb from safe sanctuaries in Pakistan’s tribal belt. Some elements within the Afghan government who are hostile towards Pakistan are also said to be helping the TTP in their war against Pakistan.

The ongoing war within and the war-like situation at the eastern, north-western and western borders, plus the heavy burden of rehabilitating and resettling millions of internally displaced persons are all likely to bring the annual budget for 2017-18 under a heavier burden. This is the elephant in the room that we refuse to acknowledge.

Pakistan has continued to ignore the fact that geo-economics is the name of the new global game. To be sure, this new game is qualitatively dissimilar to the one that was played during the Cold War days between two teams, one led by the US and the other by the USSR. Geopolitics was the name of this Cold War game and it was played on ideological grounds. It was clearly a game of attrition, and by the time it ended one side was totally obliterated.

As opposed to this, the new game called geo-economics is driven by global trading trends. Trade wars will be the order of the day and tussle for capturing markets would see new product innovations for quality and economy, which in turn more likely than not will accelerate global growth, hopefully with equity and inclusiveness.

Prefacing his study of Western diplomacy with a reflection on the ‘New World Order,’ Henry Kissinger (Diplomacy, 1994), had hypothesised: “On the level of the relations among states, the New World Order will be more like the European State system of the 18th and 19th centuries than the rigid patterns of the Cold War. It will contain at least six major powers–the US, Europe, China, Japan, Russia and probably India, as well as a multiplicity of medium-sized and smaller countries. Neither the US nor China would like to hurt their respective global business prospects. Indeed, China has in the past year delinked its growing business relationship with India from persisting differences on the political and diplomatic front.”

Thomas C Schelling, winner of the Nobel Prize for Economics in 2005, in his seminal work on strategy of conflict and the ‘nuclear game’ took economics beyond the more mundane pre-occupation with the economics of war and national security that grabbed the attention of many Western economists during and after the Second World War. Professional economists continue to be hired both by the US Defence and State Departments and by the British and Commonwealth Office. In China, it was at a defence establishment think-tank that Chinese strategists developed the notion of Comprehensive National Power, which gave a higher weight to economic and social aspects of national security over the purely military.

One does not expect Finance Minister Ishaq Dar to keep the new realities emerging on the world scene in mind while formulating the next year’s budget or to announce a radically different budget for the next fiscal year. Most likely, the balance sheet will be a repeat of what Pakistani governments – no matter what kind – have presented year after year, all these years. The overwhelming emphasis will once again be on growth with a lot of rhetoric about equity but little substance.

Since it is going to be the last budget of the present government, the finance minister may try to make tall promises for the downtrodden, with an eye on the forthcoming general elections. This has become even more necessary because of the massive political dent the ruling party has sustained due to the ongoing debate on whether or not the family of the Prime Minister used tainted money to purchase the London flats in the early 1990s. Nawaz Sharif, soon after taking over the reins of government at the time, lifted all controls on foreign exchange flows that permitted no-questions asked legal transfer of illegal funds to foreign countries.

The chances are that the social sectors will be promised huge allocations for the next fiscal year, despite the chronic resource shortage for which the haves would be squarely blamed for not contributing their due to the national treasury, without making an effort to bind them to pay their taxes strictly in accordance with the law of the land.

To be able to adopt even this approach, we will first need to get out of the stranglehold of the Washington Consensus. One does not see any signs of this happening. With just five weeks to the budget date, Finance Minister Ishaq Dar is in Washington meeting the IMF and World Bank officials, seeking perhaps new dole lines. This is a fair indicator of things to come. n