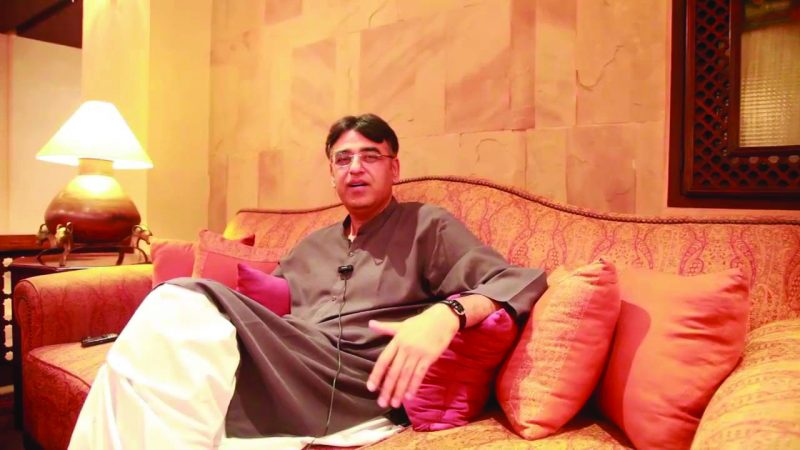 Is the Pakistan Tehreek-e-Insaf (PTI) genuinely jubilant about the outcome of the Panama Case hearing? What, in your view, is there to celebrate?

PTI would have been happier if the majority judgement had disqualified the prime minister. We thought enough proof had been presented, as did the two senior-most judges of the Supreme Court.

But the fact that after an extended trial, and with the prime minister and his children and all their very highly paid lawyers throwing everything they could at the court, not a single judge was swayed, and saw through the fabricated story which was being sold, is in itself an achievement in a country replete with a history of the executive influencing the judiciary.

So to that extent we are happy. In almost any civilised country this judgement would have been enough for a head of state to not only resign, but also walk away from politics. But Mr Sharif has chosen not to do so.

We need to understand the thrust of the judgement. The case was essentially heard twice. A couple of members of the first bench were changed and the entire case was heard again. At the end of all this, all five judges concluded that the story being told by the PM was not believable. Two said “we have seen enough, and the constitutional provisions allow us to disqualify him and send him home.” Three judges meanwhile, contended that the constitutional process for dismissal requires the formation of a Joint Investigation Team (JIT).

Usually a fraction of this would have spelt the end of a political career in most civilised democracies. This was not a two-three split verdict in which two judges said “guilty” and three said “not guilty.” Never in Pakistan’s history has there been a judgement like this against a sitting prime minister.

Yet, there they were, brazenly distributing sweets after it was announced.

If you were innocent, the spontaneous reaction to this judgement would not have been one of glee. Their reaction tells the entire story: they know they are guilty, but that they have lived to fight another day is cause for celebration.

Do you have any faith in the composition of the proposed JIT?

That’s the big question right now. First of all, we are not quite sure if the judges will take it upon themselves to approve the names or not. They have said repeatedly, during the course of the trial and in the verdict, that these very institutions from which members will be drawn for the JIT, excluding the Inter-Services Intelligence (ISI) and the Military Intelligence (MI), have absolutely refused and completely failed to fulfill their constitutional responsibility.

The judges have even said that they had to intervene because these institutions had failed, and the reason they failed is that the heads of all these institutions are appointed by the prime minister. With that having been established, clearly we cannot rely on those very people to nominate strong officers to do their job honestly and judiciously. So that’s the first test. How will that composition be finalised? Will it require approval by the bench, or not? That’s a big question mark right now.

And secondly, even if good officers are drawn in, they obviously can’t operate in a vacuum. They have to go in and use the resources of the department they work in. So with the PM sitting where he is, it is very, very difficult to understand how the investigation will take place in an independent manner.

If Nawaz Sharif refuses to cede to opposition demands for his resignation, will the PTI take to the streets? What is your plan of action?

Right after the judgement, we had said that we could not respond immediately, that we would first have a consultative session. So that’s why you saw that while the PML-N was holding a media talk, we did not. In our meeting, one of the things on which there was a consensus was that there cannot be a fair investigation with the PM sitting there, especially since it’s not even a judicial commission. It is just an interrogation team of the members of the executive. And we are happy to see that the lawyers have taken that view as well. So the prime minister stepping down is an absolute must.

If the prime minister continues to refuse to step down during the investigation, what then?

It’s a big test for the Supreme Court. They obviously cannot just give this judgement and walk away. By taking this route — ie calling for the formation of a JIT, they have taken on themselves the onus of ensuring that a fair investigation takes place.

Will PTI keep up the pressure by taking to the streets?

We will mount public pressure, no question about that. The first of these [gatherings] will be in Islamabad, then in Karachi, followed by Nowshera, Quetta, and other places in the Punjab.

If Nawaz Sharif calls for snap elections as opposed to resigning from the premiership, would the PTI contest the polls?

That option is available to the government. I keep pointing out that the goverment was not on trial. Nawaz Sharif, as an individual, was on trial. It’s another matter that ministers, who are paid salaries by the people of Pakistan, were out there for hours upon hours defending Nawaz Sharif. So PML-N has the legal right to either nominate someone else as the PM, or to call for early elections.

Is there any truth to the conjecture that the PTI’s Panama campaign was largely directed at Maryam — widely seen as her father’s political heir — so as to discredit her and, resultantly, disqualify her from contesting the next elections?

I want to thank whoever has said this for the compliment to the PTI — that we were able to mobilise a situation in which the top investigative journalists of the world made disclosures running into hundreds of thousands of pages of documents, impacting four different continents and dozens of countries, just to get Maryam Nawaz Sharif.

PTI did not come up with these accusations, nor did anyone else. There were no accusations here, there were real disclosures. The Panama papers were real papers hacked from the computers of a law firm and the real papers were made public. There was no campaign. The reality was just disclosed by a group of journalists.

In the unlikely event of Sharif’s resignation or impeachment, the PML-N would still hold the majority in the House and consequently get the top job. Who, if anyone, from among the party, would be acceptable to the PTI?

That’s not our business, that’s for the PML-N to decide.

Would you consider aligning with the PPP to contest elections on a joint platform?

There’s no way on earth [we would do that]. This whole crusade, our entire effort is not to get Nawaz Sharif. It is to fundamentally alter the current system of the capture of power in Pakistan by the elite. There is this small elite which captures power by the use of financial resources and then uses that power to further their financial gains. That cycle needs to be broken.

At this point in time, the highest office of the land is occupied by Nawaz Sharif, so obviously he became the lightning rod for this. But the PPP is as complicit as the PML-N in this capture of power by the elite, indulging in brazen corruption and stealing the national wealth. And that is why whenever it is under pressure the PPP keeps pointing out that they have all kinds of proof against the PML-N but they never do anything about it. And the PML-N keeps threatening to drag Zardari onto the streets of Pakistan, etc, but they have not taken a single step in that direction.

These two are twins in this corrupt structure of Pakistan. So how can you say one twin is bad and the other one is not, or that I will ally with one twin against the other. We will gun for both of them in the political sense. 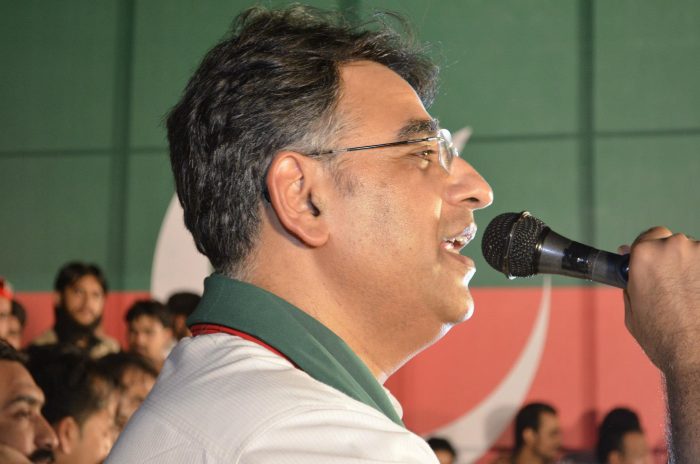 If a mass movement does manage to show Sharif the door, isn’t there a danger of him becoming a victim, and gaining the sympathy vote which could usher him back into power?

You mean is there a possibility that there might be sympathy generated for him because of the fact that it has now been proven in a court of law that he is a lying thief?

I keep pointing this out: there are two linked, but completely separate dynamics. You can be politically popular; you can win every single vote in Pakistan, but the constitution still does not allow you to be a criminal.

So he should be convicted of the crime he has committed. Whether, politically, to support a criminal, someone who has been caught stealing the wealth of the nation and lying about it… that’s for the people of Pakistan to decide.

As far as the PTI lawyers are concerned, is their job done?

There was this big debate whereby it was said that the onus of presenting proof was on the PTI and questioning whether we were doing enough. This is what we kept saying: our job was to present the prima facie evidence that there is a case that needs to be investigated. And very early on, the senior-most judge on the bench had said that there was more than enough to establish that.

They are not asking PTI anything now. All the questions are addressed to the Sharifs and the federal agencies are being directed to ask those questions. So the PTI stance has been vindicated 100 per cent.