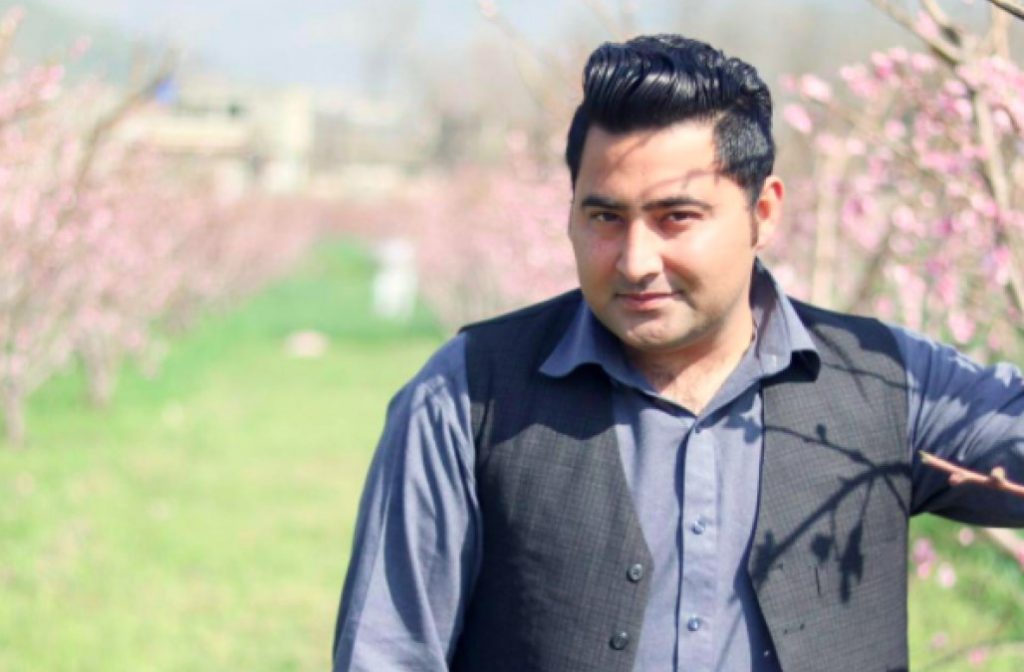 The lynching of Mashal Khan in Mardan on April 13, was just another ordinary day in Pakistan. Since that day, the following has happened in God’s chosen country. On April 18, a professor at Lahore’s Punjab University was found stabbed to death in her home. She belonged to the Ahmadi faith. Two days later, three sisters gunned down a man in Sialkot who had allegedly committed blasphemy in 2004. In their statement to the police, the sisters said, “We couldn’t kill him at the time because we were too young then.” And the day after that, a mob in Chitral brutally attacked a man inside a mosque, after he was accused of blasphemy. The man survived, thanks to the imam of the mosque, whose life now is in imminent danger as well.

All these recent instances, and numerous ones before, have one thing in common: religion. More specifically, the use of religion to either incite, or to commit violence. And while the state has taken the Mashal case seriously, and action is being taken, it is misdirected, as it does not address the actual dangers.

Much and more has been written about the blasphemy law. As things stand today, the law itself cannot even be discussed, let alone amended or annulled, for fear of reprisal from the far right. History is awash with instances where accusations of blasphemy have been used for ulterior motives, not necessarily blasphemy itself.

If you want quick mob justice, use blasphemy. That’s the rule.

But why is it that otherwise law-abiding citizens of this country react so violently to accusations of blasphemy? After all, dispensation of justice is a function of the state. Why do these people take the law in their hands without a care in the world, and without perhaps hearing the other side of the story? Interestingly, there was a case in Punjab a few years ago where two people accused of blasphemy were found not guilty by the courts but were shot dead by unknown assailants as they came out of court. The culprits were never appreheneded.

The answer perhaps lies in identity. Who do you identify as? Are you a Pakistani or are you a Muslim who just happens to live in Pakistan? During a sabbatical year in Egypt, I was repeatedly confronted by the phrase ‘Ana Masri,’ which means “I am Egyptian.” Religion never featured in the description. The vacuum at home created by a lack of national identity — shall we say ‘Pakistaniyat’ — was filled by religious identity. Hence we are Sunnis and Shias, Christians and Hindus, never Pakistanis.

The mob that killed Mashal was not Pakistani. It was Muslim.

In 1948, the founding father has been quoted as saying, “Whatever you may be and wherever you are, you are a Muslim. You belong to a nation now. You have carved out a territory, a vast territory, it is all yours; it does not belong to a Punjabi or a Sindhi or a Pathan or a Bengali, it is yours.”

No mention of Pakistanis. 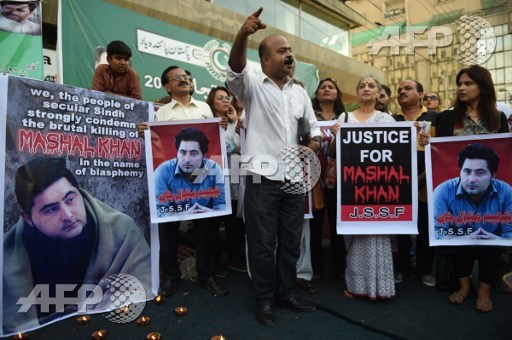 While Mr. Jinnah’s use of a distinct religious identity may have been necessary at the time, decades have passed since. And nationalism only manages to rear its puny head on designated days, March 23 and August 14 to be specific. However, every Friday, we reaffirm our faith and identity, in public.

As things stand today, the case for nationalism remains a monopoly of the armed forces. The Inter Services Public Relations (ISPR) takes the lead here, and perhaps this has a direct relationship with how many in the forces consider all the others — ‘bloody civilians.’ “We defend this country from its multitude of enemies, what do you do?”

Even in the absence of Pakistaniyat, the rampant religious extremism in this country could have been slowed down, had the state realised the monster it helped create. At the core of this relationship between the state and mosque is power. Nothing more and nothing else. The imam of a mosque is a revered figure, especially in the lower middle, and low income classes. He holds sway, not only with those that come to prayer, but in the neighbourhood at large. This sway, converts into two things: street power, and votes. Repeatedly, political parties have gone to bed with religious leaders, to get a share of their power. In return, the mosques and madrassahs have been allowed to operate without oversight.

Countries like Saudi Arabia and Jordan, having realised the power of the mosque and the imam, have taken steps to regulate religion. Imams and sermons — both have to be cleared by certain ministries before being allowed. All madrassahs are registered with relevant authorities. They are expected to keep details of students enrolled, and how they gather funds to meet expenses. All these details must be provided to the state as and when required. Failure to do so will result in the licenses necessary for them to continue operations being revoked.

There is no such oversight in Pakistan. Imams continue to belt out their sectarian dogma without a care in the world. And the hapless citizens, who don’t know any better, lap it up like wine. With the advent of social media and smartphones, these poisonous messages now reach a far greater audience than they would in a mosque. On the flip side, they provide irrefutable evidence which the state can use to act against their hate-mongers. Yet, they continue to operate freely, confident that this is a war the state is unwilling to engage in.

The state has all to gain by strengthening national identity. It will not only defang the religious right, but also ensure that the writ of the state is enforced across the land. And perhaps most importantly, it would make Pakistan more inclusive, especially for minorities. If this country is for Muslims only, then what the hell are these guys doing here?