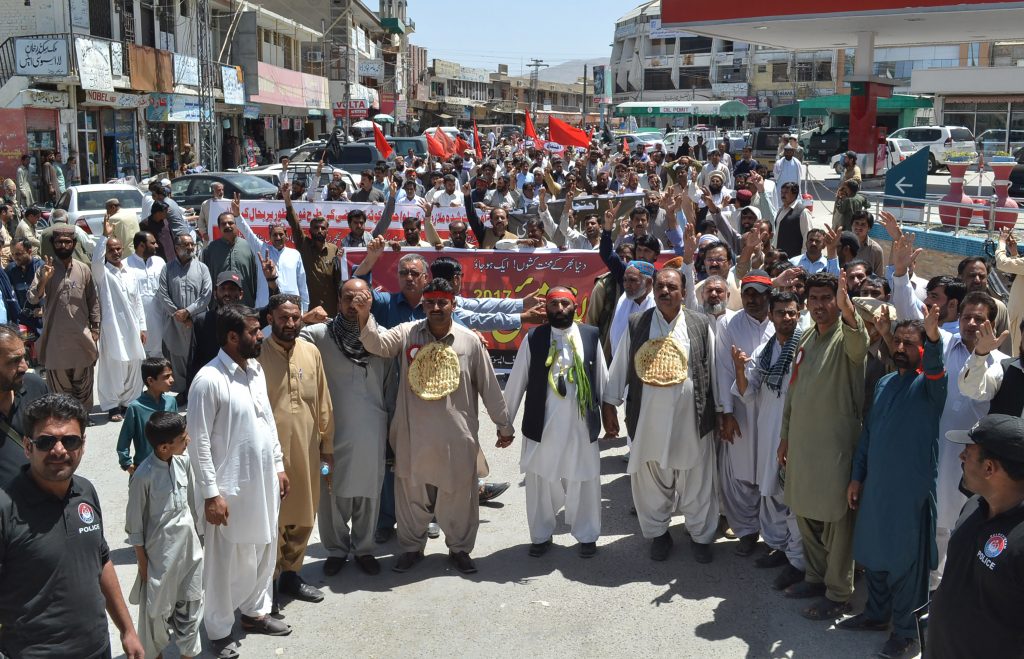 If there is a single law that governs the mercurial politics of Pakistan, it is that uncertainty will prevail. And if anyone has learnt this, it is the government itself. Beneath the Twitter rejections and mounting civil-military tensions, can be heard rumblings of a foreboding nature, produced by possible shifts in the tectonic plates of Pakistan’s political landscape.

The run-up and aftermath to this year’s Labour Day saw an undercurrent of protests rip through the power-and-water-deprived republic. While journalists resorted to the usual bickering on social media, citizens of the neglected majority took their dissent to the streets. The commercial hub of Karachi witnessed at least two demonstrations held by political parties on the dispensation of civic services (or lack thereof) in the metropolis. The heatwave was unable to hinder the rallying cries of Pakistan Tehreek-e-Insaf (PTI) workers — some of whom reportedly went so far as to even question the performance of their own party — in the Huqooq-e-Karachi march, led by Imran Khan on April 30, highlighting the failures of the Pakistan People’s Party (PPP) and the Muttahida Qaumi Movement – Pakistan (MQM-P) in effectively running the city and encouraging citizens to stand up for their rights. Simultaneously, protestors of the Jamaat-e-Islami (JI) gathered outside the Governor’s House in Karachi, remonstrating against power outages and excessive billing by K-Electric. The JI’s sit-in, at which its chief, Siraj-ul-Haq was present, lasted three days.

The dissent was not confined to the cities. The rural areas of the country were also abuzz with protests. Primary school teachers from Larkana and Sukkur, numbering in the hundreds, staged a sit-in at the Bhutto mausoleum in Garhi Khuda Bux. On April 30, led by the president of the All Sindh Primary Teachers’ Association, Intizar Shalgari, they voiced their concerns regarding the negligent attitude of the education minister, Jam Mahtab Hussain Dahar, and announced the staging of protests in Nawabshah on May 7, Hyderabad on May 15, and outside the Chief Minister’s house in Karachi, on May 23.

Swept by the wave of dissent, parties that were being protested against decided not to sit idle. Workers of Sindh’s ruling party, the PPP, also took to the streets in Hyderabad, in the name of injustices such as excessive loadshedding of electricity and gas in the province, as well as Sindh’s deprivation of its fair share of water. The sit-in, held at Hyder Chowk, was attended by party leaders of the likes of Sharjeel Memon and Nisar Khuhro. Punjab Chief Minister, Shahbaz Sharif, responded by pointing out that the power shortage and loadshedding was a result of the previous PPP government’s failure to implement energy and power projects. The PPP also held a protest camp at Nasser Bagh in Lahore, on May 4, against loadshedding. And while the PPP staged a protest in Peshawar on April 28, and subsequently announced its plans to set up a protest camp at its party headquarters there, Siraj-ul-Haq of the JI threatened to hold dharnas outside Wapda offices countrywide if loadshedding and overbilling were to persist. 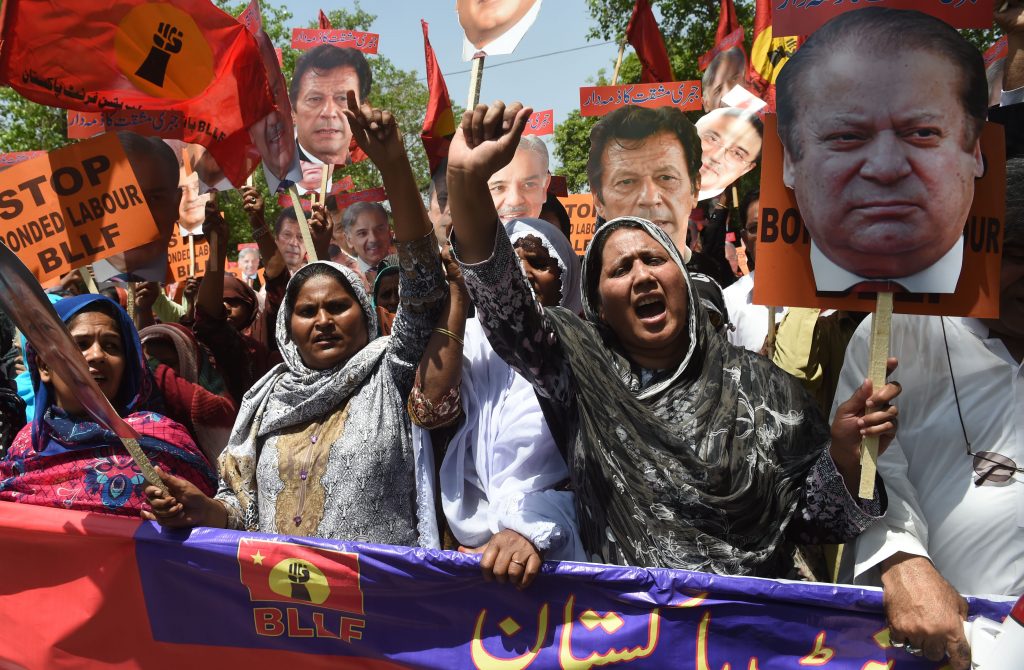 A Labour Day rally in Lahore

On April 29, a senior member of Wapda’s water wing, Muhammad Shoaib Iqbal, tendered his resignation in Lahore under sudden and mysterious circumstances. There is talk of MQM splinter groups uniting in the face of the greater evils that stalk Karachi. On April 30, Pak Sarzameen Party (PSP) chief Mustafa Kamal led a delegation to meet the chief of the Jamia Binoria Aalimiyah, Mufti Naeem, to invite him to the Million-Man March that will be held by the PSP on May 14, aiming to pressurise the Sindh government to solve the problems of civic amenities facing Karachi. On May 2, PSP staged a protest outside the Hyderabad Press Club, where Kamal addressed party workers.

And if all that were not enough to keep the cauldron that is Pakistan bubbling, on April 25, the provincial assembly of Khyber Pakhtunkhwa (KP) saw major unrest when a resolution proposing the resignation of Prime Minister Nawaz Sharif was met with a resolution by the opposition benches demanding the resignation of KP Chief Minister Pervaiz Khattak as well as the speaker of the KP assembly, Asad Qaiser.

Meanwhile, at a Labour Day event organised in Lahore on May Day, the All Pakistan Workers’ Confederation (APWC) demanded that the minimum wage be increased from Rs. 14,000 to Rs. 30,000, rejecting the meagre raise of Rs 1,000, announced by the Minister for Labour and Human Resources, Raja Ashfaq Sarwar. On the occasion, the Awami Workers’ Party spokesperson, Farooq Tariq, pointed out the glaring hypocrisy in the fact that the country’s leading political parties were allowed to stage rallies in Punjab, while workers had been banned from doing so on May Day.

Similarly, in Balochistan, labour organisations such as the APWC Balochistan, the Pakistan Central Mines Labour Federation, the All Pakistan Labour Federation, the Qesco Labour Union and the PWD Employees Union carried out a joint protest in Quetta, marching through the city’s main arteries and to the Quetta Metropolitan Corporation. Here, dissenters were addressed by union leaders, who raised concerns that the parliament did not represent the working classes and did little to alleviate their sufferings.