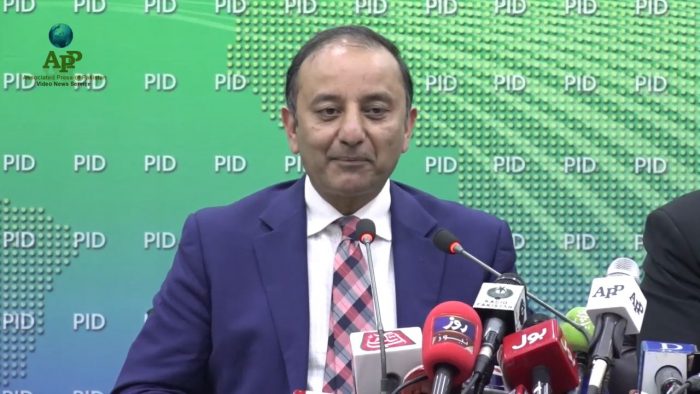 Do you think the Panama verdict is in favour of the Pakistan Muslim League — Nawaz (PML-N) and the celebrations by party members are justified? If so, why did the prime minister not address the nation after the Panama judgement came out as had earlier been announced?

There was never a point in time when the prime minister announced that he was going to address the nation post the Panama judgement; we don’t know how this rumour started and why. He had already addressed the nation when he thought he needed to submit himself for scrutiny. And everyone was critical, asking why he had done this, why there was a need to speak to the people of Pakistan. But the PM felt he needed to come clean, to come to the people and tell them the entire story, and also to say he would submit himself for further investigation because he had nothing to hide. He also offered to present his family [for scrutiny] — even those family members who don’t live in this country, who live abroad, who are residents of different countries with different tax jurisdictions where they have been doing business in accordance with all of the rules, regulations and laws of their respective countries.

After that, this new judicial commission that was set up, with non-stop hearings and so many sessions, reached the same conclusion as that of CJ Jamali: that there should be an investigation. And the prime minister again said that they should go ahead and investigate this matter. So pray tell me, if what the court is now saying, is the same as what the prime minister had said when it all began, then how can we say that the opposing party has won? So why should we not celebrate this?

Will the PM file a review in this case?

We have not taken any decision in this regard; we will look at all the legalities (qaanooni haqooq) and then decide. We have welcomed the decision that there will be an investigation. If we need some details or if we need further clarity, then we may ask for a clarification or explanation of that particular matter in the judgement, but so far we have not taken any decision.

Do you think the PM was only saved due to a technicality?

The PM never invoked or asked for the immunity (astasnaa) that he has. Nor did he ask for the legal immunity that his children had because they are not legally accountable in Pakistan.

This immunity is in all democratic countries so that any power that is non-democratic will not be able to exploit the democratic fora, allowing the custodians of democracy to work freely and without any fear of persecution. Why are those who are now making such a noise not amend this or retire it? Even if they could not remove it, they could have moved a resolution in parliament in the next parliamentary session and had we opposed it, we would have been exposed. But nobody has moved the house.

All judges have discredited the Qatari letter. How will the PM defend this in front of the Joint Investigation Team (JIT)?

From our perspective, the Qatari letter wasn’t even titrated. Anything that can be rejected is only done after titration. If I tell you that I have not done something, and so-and-so is my witness, unless and until you cross-examine the witness about what happened, you will not be able to reach a decision about the veracity of my claim. The right to a fair trial and due process is a prime minister’s right. It is not just a legal right, it is a human right. We also know that the Supreme Court of Pakistan is not a trial court, and it did not cross-examine the evidence. They saw it at its face-value as part of a story; they did not ask the Qataris about the letter. The court did not say ‘we will not admit this as evidence because it is inadmissible, because of so and so legal reason or constitutional provision.’ And they have constituted the JIT to cross-examine the evidence.

Our interpretation is that the documents that we have submitted will be investigated by the JIT and then we will know whether something has been rejected or not. Those who say that the burden of proof was on the PM should know that he was not being tried under the National Accountability Bureau (NAB) law. It is only under the NAB law that you have the obligation to provide evidence. If the SC were to be a trial court, which it is not, and if the PM was being tried under the NAB law, which he was not, then the highest burden the PM had was to give a plausible explanation. If you want to dismiss the PM’s explanation, which was being tried, then the counter-party has to prove beyond any reasonable doubt that, first of all, corruption took place, then that the money [accrued from this corruption] was laundered, and next, that this laundered money was used to purchase these apartments. That’s the only way you can show that these apartments were purchased through corruption. And they proved nothing. They had no evidence. So how can you say that the PM is guilty?

Do you feel the PM still has the moral authority to rule Pakistan after being disqualified by two judges, who will be the future chief justices of the country? Does he not feel any moral pressure to resign?

Did the SC give one judgement or five? There can be no five judgements. There is either consensus or majority. There was just one judgement from the SC, which is a majority judgement — and that was asking for an investigation. The PM has been saying this all along, and his view has been upheld. We are complying with the judgement.

Those who say his moral legitimacy has ended and that he should resign now, also said that the PM’s moral legitimacy had ended because there was rigging in four constituencies. Then, when the issue of Dawn Leaks started about a news item which the PM House denied and the Director General (DG) Inter Services Public Relations (ISPR) also denied, they said the PM should resign. And now, when this judgement has come saying the PM should be investigated, they want his resignation again.

Should a man who got millions of votes resign, just because his opponents are demanding this? What is the end of the moral argument in a society that is so polarised? Witch-hunting has taken place due to such a moral argument in the past. Was Bhutto sahib not hanged? The consensus of morality is legality in any civilised society; that which enshrines morality is the legal framework. You have to wait till it is proved that the PM did something illegal before invoking moral pressure. If you don’t see morality this way, then there is another view on morality, which is the vote. People vote for someone they trust, so he is the moral custodian. Morality and legitimacy are one and the same. Who is legitimate here? Those millions who voted for the PM, or those few who are alleging that he has done something wrong? Please look at the results of the Cantonment elections, the local bodies the elections, the Kashmir elections, the bye-elections. Are these just a series of coincidences?

The NAB and FIA chiefs got flak after this judgement. The Pakistan Tehreek-e-Insaaf (PTI) has also filed a petition against the NAB chief. Do you really think [these agencies] have the wherewithal to question the PM in an unbiased manner? What about Chaudhry Aitzaz Ahsan’s comments regarding the DG ISI and his ‘rishtaydaari’ with Maryam Nawaz?

Is the PML-N considering the option of snap polls? If the JIT finds the PM and/or his sons guilty, will the PM step down?

There is no question of snap polls — unless you know something we don’t. As for the other question, the PM has already said, ‘if I am rendered guilty, I’ll walk.’