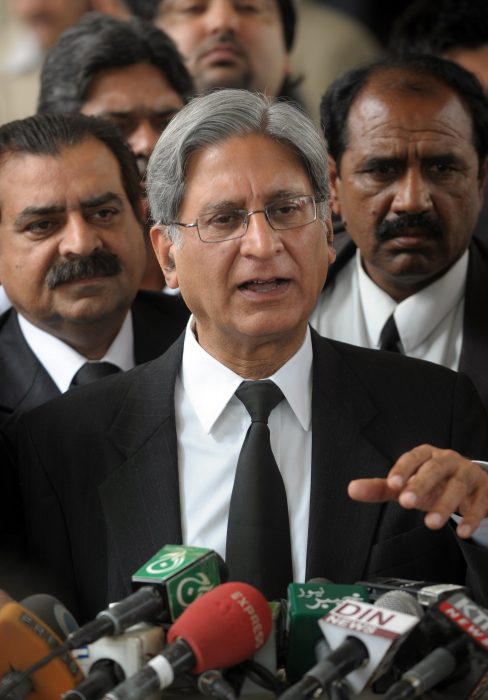 There are many who feel that the PPP and its leadership’s recent statements against the PML-N are irrelevant in the current political scenario. How would you respond?

First of all, if a party holds a majority in any one province, it cannot become irrelevant. So for the PPP to continue to hold Sindh will keep it relevant even though it may perform poorly in Punjab. In the federal system, the government of a province is sufficient to give the party an important place on the political stage and the PPP appears to be in no danger of losing Sindh. If it is returned with a majority from Sindh and a majority in the Sindh Assembly, it will remain relevant. The theory that it has become irrelevant to the political events and processes in Pakistan is probably based on its poor performance in the Punjab. But this is a Punjab-based analysis.

I believe that the PPP will take a share of the Punjab vote and representation. It is strong in some districts of southern Punjab. And the Nawaz government has not performed well in the rural areas — where the farmer has been ignored; where there is no electricity most of the day, where farm inputs have become expensive and there is a crisis in the agricultural economy. The glitter of the Metro buses, flyovers, underpasses and signal-free corridors is only for the urban dweller. In rural areas, Nawaz may find weak support. The PTI is also focused and concentrated in the cities. In this context, if the PPP concentrates on the rural areas and brings out a farmer-friendly electoral programme, people who prophesied the demise of the party in the Punjab may indeed get a real surprise. 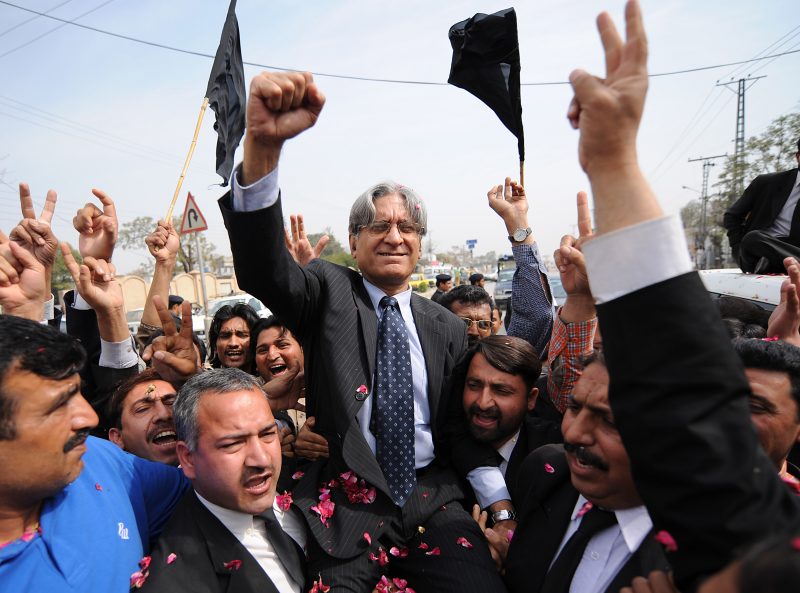 The PPP had a reasonably long history of demonstrations against judicial support for Nawaz Sharif. Besides the unjust death sentence of its founder Zulfikar Ali Bhutto, it has seen that Benazir Bhutto and Nawaz Sharif have been treated differently in several equivalent issues by the judiciary. In 1993, when President Ishaq Khan dismissed Nawaz Sharif’s government and dissolved the National Assembly, within a matter of weeks, the Supreme Court (SC) restored the Assembly and the government asserting that allegations of corruption were not sufficient to invoke presidential power under Article 58-2/B.

Yet when in 1996, the PPP government was dismissed under the same Article, the Supreme Court refused to accept the argument that it should not have been invoked on the basis of mere allegations. In 1997, the Sharif brothers transported hundreds of party workers from Lahore to Islamabad to invade Courtroom # 1 of the SC where the Chief Justice and four other judges were holding court. The judges had to run for their lives, but no action has been taken against the Sharif brothers to date, even though several of his ministers can be seen on video recordings exhorting the workers and leading the fray.

In the Asghar Khan case, the court held that Nawaz Sharif, having received Rs 9.5 million from the ISI, had been party to the rigging of the 1990 elections. The court directed criminal and civil proceedings against Nawaz and others, but no action followed and the court remained silent. This was contrary to the attitude of the court in the NRO case and in the matter concerning Prime Minister Yousaf Raza Gilani. In both cases, implementation benches were constituted and Gilani was, in fact, summoned before the court several times and ultimately sentenced and disqualified. Nawaz is perhaps one of the extremely few who have been allowed to file petitions for reviews of SC judgements beyond the limitation period of 30 days prescribed by law. He was allowed to appeal his sentence endorsed by the Sindh High Court through a review petition after a lapse of almost 10 years. This is likely to be a record.

In 1999, Asif Zardari and Benazir Bhutto were sentenced by a Division Bench of the Lahore High Court. They appealed their sentences, the Supreme Court allowed the appeals after audio tapes of conversations between Nawaz’s ministers and advisors with a senior judge on the bench were played in court establishing that Nawaz himself had threatened the judges to obtain the convictions. Three senior judges, including a Chief Justice, had to give up office, but no action was taken against the engine of that subversion: Nawaz Sharif.

Yousaf Raza Gilani was not disqualified on any allegation of corruption, or money-laundering — it was only alleged that as prime minister, he had refused to submit the president of Pakistan to the jurisdiction of a foreign magistrate. Yet he was convicted and removed from office by the court. Nawaz Sharif’s matter was before the court on allegations of money-laundering and the admitted ownership of undeclared properties abroad. Yet only a JIT has been formed, despite the fact that none of the five learned judges has accepted his defence version. In 2014, in Model Town, 14 members of the Pakistan Awami Tehreek (PAT) were killed by police firing over an extended period of six to seven hours. Yet Chief Minister Punjab, Shahbaz Sharif, pleaded ignorance, even though reports of the deaths were being transmitted instantaneously on the national electronic media. A judicial inquiry by Justice Baqar Najafi of the Lahore High Court was carried out, but action was never taken on its findings. So for all intents and purposes, the report was effectively lost. A JIT on the other hand, favoured Shahbaz Sharif and despite massive protests, thanks to methodical handling of the investigations by the police, he appears to have come out of it it unscathed.

Reviewing the past, therefore, it was PPP’s general opinion that Nawaz would have an edge over his opponents in the judicial process. And so the party decided against participating in the Panama case.

Did you refuse to represent PTI in the Panama case?

Before the proceedings started in the SC, a senior leader of the PTI came to see me on behalf of Imran Khan with the message: “It is neither appropriate for you to take up PTI’s case, nor appropriate for the PTI to engage you.” But the PTI wanted assistance and advice for its lawyers, which its leaders obtained from me from time to time, even though the advice was not always followed. 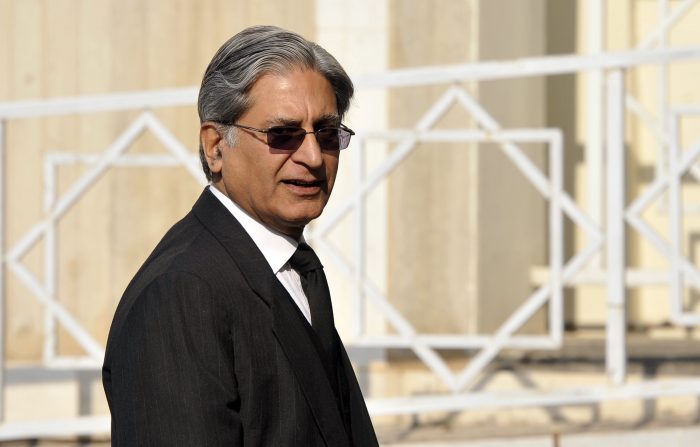 What do you think of the Panama judgement?

As far as the Panama judgement is concerned, when not a single judge has accepted Mian Nawaz Sharif’s defence — for that is why the case has gone to a JIT — then the minority judgement appears to contain the most logical conclusion, because the burden of proof was clearly on Nawaz Sharif. Having admitted ownership of the Mayfair apartments, whether through his son or daughter or otherwise, he — as a holder of public office — was bound to explain and justify the resources and incomes through which these had been acquired. The only effort made to discharge this burden was via the Qatari letter, which the judges disbelieved. Therefore, the JIT in my view, is a soft option for Nawaz.

Do you think the PM will resign?

The only thing you can predict in Pakistan with certainty is the past. How things unfold in future weeks and months may not be easy to predict.

Your statement regarding the DG ISI has created a lot of controversy. Do you stand by it?

The ISPR and the electronic media went haywire the other day after a tweet from Maj-Gen Asif Ghafoor dismissing a statement made by me asserting a close family relationship between Maryam Nawaz and the DG ISI. It was comical, however, how a band-baja-baaraat orchestra joined the drumbeats pursuant to a tweet. But I stand by my statement.

Can the PPP form an alliance with the PTI and be part of the joint opposition alliance, even after Imran Khan’s anti-Zardari statements?

Personally, I am for an alliance. The PPP took on the brutal might of Zia’s martial law through the Movement for the Restoration of Democracy (MRD) — an alliance of opposites. The MRD weakened the Zia regime and cadres of all parties drew extra confidence in facing the brutality of the state when they joined the struggle together. This brings heart and courage to the movement. The only movement that has succeeded in achieving its declared and focused goal was the Lawyers’ Movement. Its components were as many as 15 political parties and entities, many of them unable to reconcile with each other but we deftly kept them together and kept them on the march. However, I think Imran Khan is listening to people who are against the formation of any such alliance. I personally think that for political struggles, you have to first define the principal opponent and the “principal contradiction,” in the words of Chairman Mao. If we define that to be the Sharifs’ hegemony, we can perhaps enter into an alliance; not otherwise.