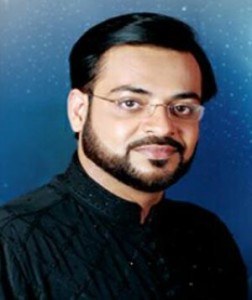 Three months ago it looked like the religious nationalists had talked themselves into oblivion. Zaid Hamid was homeless, with no television station willing to risk hosting his unique brand of conspiracy mongering, fist-pumping patriotism and far-fetched dreams of restoring the long-lost caliphate. Hamid’s sometime partner in crime Ali Azmat was back to making music. Religious preacher Aamir Liaquat had been banished from his prime slot at Geo and was confined to managing QTV. For those who like their public discourse sane and drama-free, it was a good time.

A confluence of events conspired to suddenly make them relevant and prevalent again. First, someone at Geo who had access to outtakes of Aamir Liaquat’s Aalim Online decided this would be a good time to leak some off-the-air footage from his show. The material provided further grist to those who claimed the learned scholar was nothing more than a hypocrite.

Aamir Liaquat has a history of deception and controversy. His credentials as a scholar of Islam were called into question when it turned out that he had received his undergraduate and doctorate degrees within days of each other. Further investigation revealed that he had received those degrees from an unaccredited university that simply printed out degree certificates for those who paid for them. 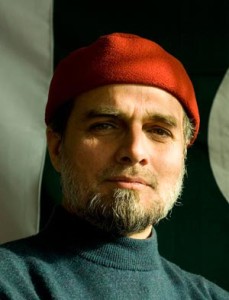 Later, when he was minister of state for religious affairs, Liaquat was stopped by the police for driving around town in a car with tinted windows, in direct violation of the law. Although Liaquat was able to use his influence to get out of that tangle, he wasn’t able to stop newspapers from publishing the fact that he was in the car with a woman friend. Even that episode didn’t teach the preacher a lesson. On the occasion of Salman Rushdie’s knighthood, he was expelled from the MQM for urging his viewers to carry out the fatwa that called for a death sentence on the controversial author. Out of power, Liaquat only grew more emboldened. In one particularly notorious incident he called Ahmadis wajib-ul-qatl (deserving death). Apart from his noxious hate-mongering, Liaquat had cultivated an image of serene piety. All it took was one 10-minute video to expose that as a sham (see “Saint or Hypocrite?“).

Zaid Hamid spews the same message as Aamir Liaquat but goes about it in a different way. Where Liaquat speaks deliberately and with an affected accent, preferring emotional appeals to facts, Hamid has a rapid-fire delivery and peppers his monologues with dubious statistics and frequent anecdotes.

The major thrust of all of Hamid’s sermons is that the Muslim world in general and Pakistan specifically is being targeted by an unholy American-Indian-Israeli axis. In this worldview, the Tehreek-e-Taliban Pakistan are the ‘bad’ Taliban who are agents of RAW and other nefarious intelligence agencies, while outfits like the Jamaat-ud-Dawa and Lashkar-e-Taiba are the ‘good’ Taliban fighting in Kashmir and taking the battle to the enemies. 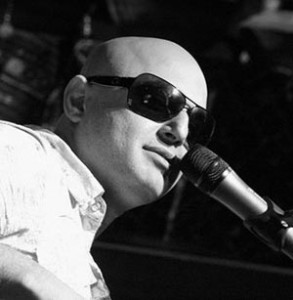 For a while Hamid’s entertaining but dangerous rants led to great TV ratings but soon the bottom fell out. Advertisers didn’t want to be associated with this brand of conspiracy theorising, and the novelty value of his act wore off. Rumours that he had once been associated with a man claiming to be a prophet and his appearance on an FIR for a murder case further sullied the Zaid Hamid brand.

But his hiatus proved to be short-lived. On the occasion of Nawaz Sharif making unexpected peace overtures to India, Hamid was invited as an expert panelist on a talk show. By now his routine has become predictable; so much of what he said was tiresome but expected. He, however, decided to use this platform to launch a tirade against a new target: the South Asian Free Media Association (SAFMA). On a show hosted by Meher Bokhari on Dunya TV, Hamid accused SAFMA of being Indian-funded and called them RAW agents. Zaid Hamid, it must be noted, is criticised by Pakistani journalists and Islamic scholars alike for propagating conspiracy theories without an iota of truth in them. Currently, he is being sued by SAFMA.

Meanwhile, Hamid’s protege and co-host in a show called Iqbal ka Pakistan, Ali Azmat, has returned to his roots to propagate his conspiracy theories. The former Junoon singer released a song “Bum Phatta” that encapsulated his and Hamid’s worldview in a three-minute rock song. The video featured Azmat in various guises meant to symbolise those who truly control the world, included among them a cabal of Zionist bankers (for more on Ali Azmat read a 2010 Newsline exclusive interview with the singer/songwriter).

No amount of chemotherapy seems to be effective in eliminating this cancer that is worming its way and spreading through public discourse in Pakistan.

This article was part of the cover story in the October 2011 issue of Newsline.