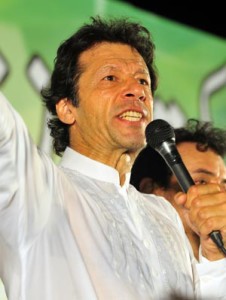 Is a “PTI tsunami” hitting the nation as Imran Khan suggests?

We all know how successful his Lahore jalsa at the Minar-e-Pakistan was. His message is resonating with many citizens. As a result, he has many political opponents shaking in their boots. While he may not have enough nationwide support or the backing team to help him rise to prime minister, he does have the potential to shake up the balance of power in Islamabad and this could make his voice heard like never before within the corridors of power (See our polls page and let us know if  you would vote for Imran Khan as prime minister?).

Imran Khan is a fresh political player, one without a tarnished image. So his message of change is legitimate in that sense. Besides, he, as a national cricket hero and trusted philanthropist, is unique. As journalist Ghazi Salahuddin points out: “no other candidate had his credentials.”

On Friday, Imran Khan and the PTI took their campaign into the frontier, surging into Peshawar for another large rally in which a crowd at least 10,000 strong showed up to greet them. He dismissed the persistent rumours that he had any backing from the security establishment and continued to promise the moon to everyone listening: a reformed and uniform national education system, an end to rampant inflation and the elimination of the ethnic divide in Karachi.

Is this Imran Khan’s time? Will the frustrated and disillusioned public take a chance on Imran Khan? Has he struck such a chord with the people of Pakistan that he has become a legitimate threat to established political parties? Or will “the-beard-in-the-stomach” image damage him, and will he end up failing at the ballot box?

Last month, Newsline asked four well-known journalists to share their thoughts on this rising star of national politics his platform and his prospects for making his party a major force in Islamabad. Here’s what they had to say. 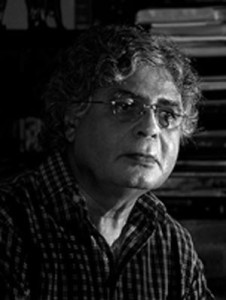 He would be a gift from God were he as secular when he entered politics. Imran Khan had an opportunity that was truly unique — no other candidate had his credentials — but his unholy association with the religious right may harm his prospects.

Imran Khan’s politics have been the politics of negation and reaction. He only tells you what he wants to dismantle, not what he will create. He represents the westernised urban elite whose mindset is ultimately orthodox.

His simplistic narrative — a breakaway from America and everything will fall into place — will ultimately be his undoing. His policy to appease the Taliban, also, will not work. Pakistan is going through a grave existential crisis and we need a leader with intellectual resources. Imran Khan is not that leader. He is arrogant and the fact that he has no experience in politics is actually working for him. He has not been tested by the people. 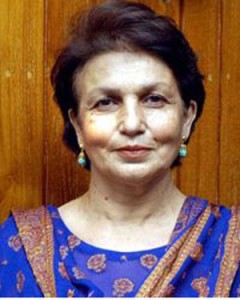 (Foreign correspondent with The News)

What he has been saying lately is music to my ears. He has been consistent in his statements. Gone are the days when Imran Khan wrote “Muslim men must not change diapers;” he has grown since then. And for all those who question his picture in his autobiography in which he is shown saying his prayers, I say, “Why not?” Let us celebrate Islam. I don’t see him donning a namazi topi like BB did her dupatta, rosary beads in hand. His politics are actually Leftist, rather than far right, especially his economic stance.

But the question remains: will the thousands who attend his jalsas translate into actual votes when the time comes? It is difficult to see him emerge as the largest party, enabling him to form government. He may need coalition partners and may have to join hands with the same people he calls chors (thieves) today. This is when I take a step back to ask, “So what else is new?”

When was the last time you saw a third force emerge successful. Will he ever make it to the Prime Minister’s House? In Pakistan’s politics there are several factors besides the ballot box, which determine this.

(Editor of the Daily Times)

The pictures emerging on TV show tens of thousands who have thronged to the stadium — to fill Minar-e-Pakistan’s sprawling grounds is a feat. Imran Khan has struck a chord with those disgruntled and disillusioned with the fruits of democracy since 2008. The PML-N, the PPP and the centre-led provinces are not providing the kind of leadership the people desire. They have been unable to credibly inspire and satisfy the people and the resulting vacuum of leadership has been instrumental in heralding Imran Khan to the fore. There is no doubt that Khan is charismatic and he appeals to the people; he is their way to hope. But critics may point out that we are clutching at straws. The great enthusiasm for his persona masks his lack of agenda and policy programme. He is not attracting the people of a liberal progressive bent. His one-point domestic agenda, corruption, ignores a comprehensive economic policy and the energy crisis, and it appears he has not thought it through. It is true he has a soft corner for the religious extremists and his formula to talk to the Taliban as a path to peace appears to be flawed. These peace deals are usually an excuse for the militants to regroup and come back stronger. Are we going to knuckle-under the Islamist agenda, which may just be the harbinger for greater conflict? Imran Khan must be credited for his philanthropic endeavours, no one can take that away from him. But his antiquated ideas, influenced by Hamid Gul and the JI — the beard in the stomach syndrome — may be his undoing.

Then there are the irreducible minimums — the need for electable candidates and party machinery, and he falls short on both accounts. And if he adopts the expedient electoral political road, by inducting electable candidates, he will compromise on his only stance — corruption. Imran Khan is unlettered in politics with deep contradictions in his rhetoric. He may not be ready to govern, but anything is possible in politics and I am ready to be proved wrong. In politics, nothing can be ruled out. 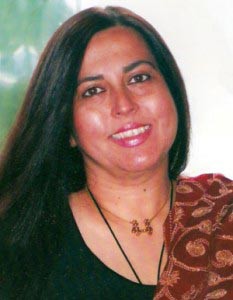 (Anchorperson with Business Plus)

Imran Khan’s achievements — the world class cancer hospital and Namal college in Mianwali — depict a certain level of confidence, a single-mindedness of cause. His organisational ability, which he has recently put to use to in his own party, will be instrumental in PTI’s success. If Yousuf Raza Gilani can make it to the Prime Minister House, then why can’t Imran Khan?

The deciding factor will be the rally in Lahore. If his supporters turn out for him then there will be a change. There have been reports of defections from the major parties — PPP, PML-N, ANP — even Shah Mehmood Qureshi’s son was seen at the October 30th rally. The further away the elections, the more time Imran Khan will have to garner more supporters and extend his voter base.

He has inculcated the new crop, a new voter base in the millions who may turn up in the final days to tilt the result in his favour. These new registered voters could potentially be the game-changers. There are murmurs of the army backing for Imran Khan, and then there is the dwindling support for the PML-N in Punjab that the PTI could cash in on, and maybe some votes from previous ANP supporters in Sindh. You can’t really discount anything.

This article is part of a larger story on the surging popularity of Imran Khan and originally appeared in the November 2011 issue of Newsline under the headline “Will He, Won’t He?”