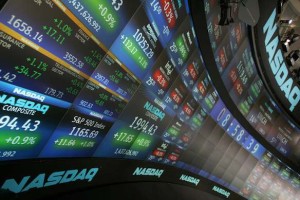 Everyone knows all about the struggling condition of the US economy. Maybe the world’s biggest economy requires a change of focus. Or maybe it needs to change the model, for the current model has failed. Capitalism should be more compassionate: right now, US corporate profits as a percentage of GDP are at their highest level in the past 40 years, while labour income as a percentage of GDP is at its lowest.

The 9% unemployment rate in the US is higher than the jobless rates in many other developed countries, and it is the second highest in the G8 (just slightly lower than France’s 9.3%). This is the case even though the recession was quite severe across the UK and Europe too, including Germany and Italy (and we all know about the debt troubles the latter is going through). And while the German government encouraged companies not to fire workers and instead provided them with subsidies during the crisis, nothing similar happened in the US. The American culture around capitalism is likely why most companies shed labour to maintain acceptable returns.

Structurally, the help-wanted index is at its highest level since 2006, so jobs are available. But skills sets are not matching up and salaries are low. During the downturn, the economy lost close to 8.5 million jobs, one-third of which were lost in the construction sector. With excess housing inventory, the construction industry is unlikely to recover for a while unless the government comes up with a plan to rebuild infrastructure. Some of these jobs are lost forever and workers will have to retrain themselves. Part of the problem lies in the fact that growth rates in the US, the Asia-Pacific region, South Asia, Latin America, and the European Union all proceed at very different paces, which leads to economic tension and rising frustration. In much of Asia, economic growth is and has been driven by the expansion of manufacturing industries fuelled by investments from companies in the US, the UK, and Europe. This, in turn, is increasing the demand for raw materials, as well as oil, gas, and other forms of energy.

What all politicians and businessmen should understand is that they must not only encourage education and training — by providing any and all means of academic, professional, and vocational training to improve their employees’ competitiveness and productivity — but also promote employment through investments in job creation. They also must understand that people in all professions and jobs want and need a degree of stability in the workplace and in their political, economic, and social spheres. This includes healthcare, pensions and social services for the elderly. Otherwise, what is the point in working?

If governments and companies do not appreciate people’s need for stability and security, and if they cannot or will not meet those fundamental demands, then the level of dissatisfaction will only increase and young professionals will emigrate to find those needs in other countries. The issues of growth, job opportunities and economic stability are all intertwined, and if a country such as the US does not address them, it will end up in an even greater economic mess and will continue to lose international political, social, and economic influence.