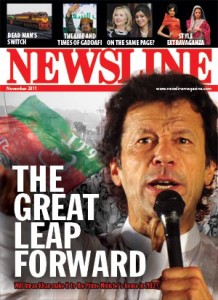 Any opportunity to knock a rival, regale the awam with stories of their ineptitude and corruption, and hold forth on their own good Samaritan deeds is always welcome.

In a country where poverty levels are so staggering that a man immolates himself due to joblessness, where basic necessities like water, gas and electricity are sparse but suicide bombers are aplenty and extremism and sectarianism rampant, where the economy is sliding downhill and capital is taking flight to Dubai and Malaysia, one would have expected our politicians, especially those in the driving seat, to have their hands full. On the contrary, they seem to have all the time — and money — in the world, to seek yet another mid-term election. Spearheading the movement are the Sharifs, who are determined to oust Zardari before the Senate elections. At their first jalsa in Lahore, they accused Zardari of massive corruption and threatened that he would be lynched(!!!) if he didn’t depart.

This, from a party whose own hands are tainted and whose recent performance in tackling the dengue epidemic in Lahore and terrorists who are proliferating in madrassas in its own backyard is abysmal, sounds like a case of the pot calling the kettle black.

Meanwhile the MQM, whose penchant for holding rallies is legendary, also jumped into the jalsa fray by holding a demonstration to protest against the Sharifs’ derogatory references to President Zardari. Altaf ‘Bhai,’ who is always in a now-on, now-off relationship with the PPP, is so beholden to Zardari for keeping the MQM in the PPP embrace, despite the ravings and rantings of his friend Zulfikar Mirza, that the MQM would do anything to please big boss — and, alongside, demonstrate its strength, which has suffered a dent following Mirza’s outburst.

Probably the only person who was really testing the waters, with what was touted as his make-or-break rally in Lahore, was the rising star of Pakistani politics, Imran Khan.

The one thing that the cricketer-turned-politician has going for him is that he is not tried and tested — like his rivals. Also, he has a good track record of fulfilling his stated commitments. But while he is harping on the right chords — and rightist ones too, to the liberals’ dismay — there is scepticism about his support base, his half-baked views on critical issues and his lack of a working cadre at the grassroots level.

So, will the dark horse make it to the winning post? That remains a million-dollar question at this point.

Get your copy of the November 2011 issue of Newsline at newsstands across Pakistan.