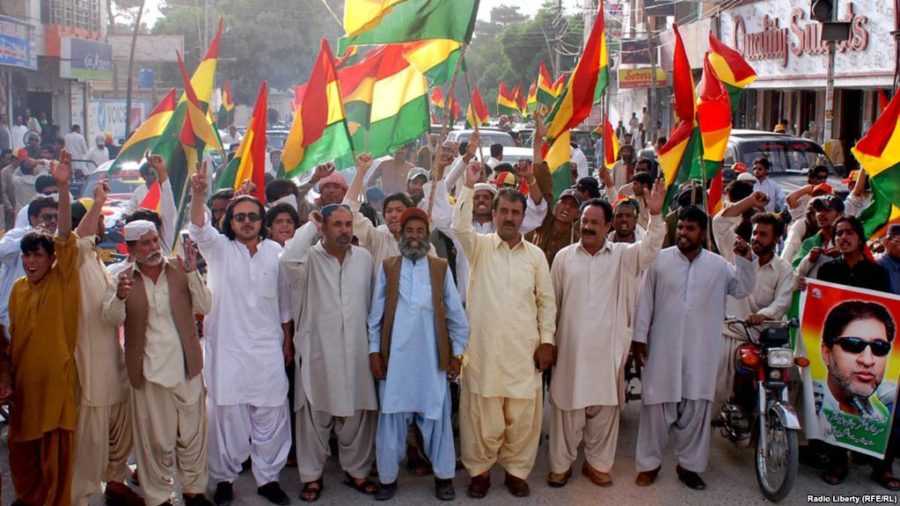 Now that the preliminary results of the census, conducted after a hiatus of 19 years, have been made public, the controversy surrounding it does not appear to be dying out — at least in Balochistan.

The census has been a central issue in the politics of Balochistan in the last one year. Baloch nationalist parties such as the Balochistan National Party (BNP) and even the ruling National Party (NP) based their politics on the expectation that the census will turn the Baloch into a minority in their own land, due to the presence of the Afghan refugees. The ‘Afghan refugee’ is the new bogeyman in Baloch politics. Protest demonstrations were held throughout the province. Even a grand tribal jirga was convened in April this year, to demand the exclusion of Afghan refugees from the census in Balochistan.

However, not all Pashtun political parties were on the same page on the Afghan refugee issue. Prior to the census, various Pashtun tribes and political parties were not in favour of the inclusion of refugees from Loralai, Zhob and Pishin in the census. In fact, even the notables of the Panni, Kakar and Tareen tribes had participated in the grand tribal jirga, held to protest against their inclusion.

However, now that the results of the 2017 census have finally been released by the Pakistan Bureau of Statistics (PBS), an analysis of the district-wise figures shows that there is no major change in the ethnic composition of Balochistan, as was feared. According to the 1998 census, there were 63 per cent Baloch and 33 per cent Pashtun in the province. Under the current census, this has changed to 61 per cent Baloch and 33 per cent Pashtun. The change is due to a massive increase in the population of Quetta.

Another important thing to note is that the population of Quetta has increased almost threefold, from 700,000 in 1998, to 2.2 million in 2017. This underscores the problem that Quetta is the only metropolitan city in Balochistan and the only place where urbanisation is taking place. People from all over the province move to Quetta, in search of a better life.

The census results have busted two myths about the ethnic composition of the population of Balochistan. The first is that the Pashtun are equal, if not greater in numbers, to the Baloch — a misconception spread by Pashtun nationalists. The second was that there are three to four million Afghan refugees in Balochistan — a view held by Baloch nationalist parties. The census proved that the Baloch are still a majority in the province. Census results released so far do not contain information about the number of refugees. However, the population of the Pashtun districts, where Afghan refugees are mostly based, prove that even if they do contain some assimilated refugee population, it is not anywhere near the ‘three to four million’ figure.

Sardar Ghulam Mustafa Tareen, a PkAMP leader and member of the provincial cabinet, told mediapersons that the population of the Pashtun districts has been played down in the census. He termed the results a conspiracy against the Pashtuns of the province. Senator Usman Kakar, the vocal voice of PkMAP in the Senate, also expressed his concern. He said that Quetta, Qilla Abdullah and Pishin have witnessed a population explosion, but the census results do not seem to reflect this. He is shocked to find that Qilla Abdullah, a predominantly Pashtun district, can have a population of just over 700,000.

The BNP supports the census results. Agha Hassan Baloch, the spokesman for the BNP, told Newsline that although the census was conducted relatively fairly, the BNP still has some reservations. “The results confirmed our worries that the internally displaced persons (IDP) population of Baloch districts would not be counted in the census,” he says, adding, “population figures of Awaran, Dera Bugti and Kohlu prove this.” In Awaran district, the population increased by just 3,000, over a period of 19 years, according to the census. “How is that possible?” he asks.

The BNP spokesperson denied the PkMAP’s claims that the census was not conducted fairly. “All administration staff conducting the census in the districts, was appointed by the PkMAP,” he points out. “So it is their government that has conducted the census.”

Jalal Noorzai, a senior journalist and analyst based in Quetta, says that the issue of the census was blown out of proportion in Balochistan. “Political parties in Balochistan behave like pressure groups and so they used the issue of the Afghan refugees to their advantage,” he tells Newsline. He also said that although the concerns of the Baloch nationalists regarding the Afghan refugees were valid, not all refugees are Pashtun. They include the Tajiks, Uzbeks, Hazaras and even the Baloch. He says no one highlights the inflow of Hazara refugees in Balochistan.

Noorzai rejects any possibility of manipulation in the census. “It was conducted in a proper way, under the supervision of the army.” He concludes that political parties in Balochistan have no choice but to accept the results, which they will ultimately do.

Moreover, contrary to what was claimed, the role of the federal government and the establishment was neutral in the census in Balochistan. Based on independent assessments, it can be said that it was conducted in a relatively fair manner, given the limitations in the context of Balochistan.

The census has outlived its lifeline as a political issue in Balochistan. It cannot be dragged on until the
elections as a means to trigger support and bag votes. The political parties of Balochistan, comprising Baloch and Pashtun nationalists, have to realise this. A political punching bag can create rifts between ethnic communities in Balochistan. As such, it must be avoided in the best interests of the people.