By I. A. Rehman | Newsbeat National | Published 3 years ago 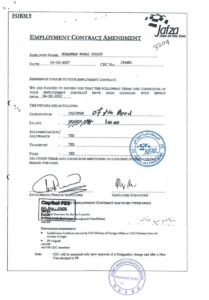 During the famous or infamous (depending on which side you are on) Panama Leaks case, the disclosure that quite a few honourable ministers had achieved the distinction of acquiring iqama (work permit) status in the UAE or in Saudi Arabia caused a great deal of amazement, bewilderment and jealousy. Then the topic was dropped like a hot brick, presumably because of the impression created by interested parties that having an iqama was below the dignity of Pakistan’s noble men, particularly as in the habit of self pride they are second to none in the world.

A pity. The institution of iqama should have been welcomed and given topmost ranking on the electronic media, both open and social, for it offers the possibilities of raising both the employment rate and the administration’s efficiency.

Simply put, iqama means having two jobs concurrently, And just look at the way it opens the doors to opportunities, prosperity and fame for those who possess it.

To begin with, they can claim protection of two states. If one state — say Pakistan — does not care for them, they can fall back on the sense of responsibility of the other state. In fact, the mere possibility of losing its citizens to the rival state may improve their status in the (Pakistan) mother state. The wages earned in the second state, which for convenience may be called the ‘foster mother state,’ or simply the ‘foster state,’ can serve as a savings bank in which wages, not received or not claimed, can be kept in reserve for use on a rainy day. 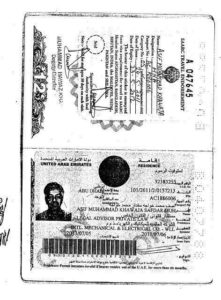 Further, iqama from a country in the good books of western nations offers the possibility of helping the possessor of it acquire visas for Germany, the United Kingdom and the USA. The enhancement of the social prestige of persons having these visas stamped on their passport is no secret. Among other things, this helps in securing profitable matrimonial deals. (We will not refer to the help iqama offers in transferring money from here to there, or vice versa, in opening bank accounts abroad, or in setting up offshore companies as these topics are under a temporary ban these days.)

So greatly beneficial is the system of having two jobs, that the government of Pakistan should immediately launch a crash programme for guaranteeing two jobs for everybody, beginning with the government services. Under this scheme all bureaucrats, as well as holders of elective offices, will be required to attend to two periods of duty of eight hours each consecutively. From its very inception the scheme will start yielding rewards and reinforcing the time-honoured principles of integrity, efficiency and maximum public good.

The first benefit will be that bored to death by not doing any work in their present job, most of the officeholders, if not all, will start doing some work on the second job. This will immediately improve the input-output ratio of the administration. A rule that absence from one desk will entail leave without pay from both jobs, if nothing worse, will raise attendance levels and strengthen the principle of maximum punctuality.

Since everyone will be entitled to two salaries, there will be less pressure to make money through undesirable means and corruption should decline. Besides, there will be no time to think of making money on the side. In other words, the principle of minimum integrity will become more popular.

Further, the income from both the jobs will be on record and the extra income will be impossible to conceal. Taxes on the additional income may have to be paid. Obliged to pay taxes themselves, the senior officials, wherever they may be, are likely to join the drive to widen the tax net. The Federal Board of Revenue will be happy at the boost to the principle of maximum tax recovery. 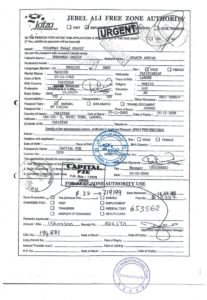 A normal human body’s need for rest after attending to two jobs a day, and actually doing some work in one of them at least, should 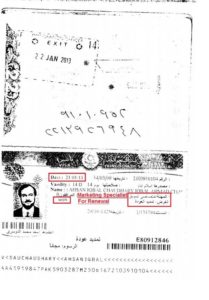 persuade many to have dinner at home, instead of manoeuvring for boys’ night out as often as possible. This might discourage the children and wards from disappearing from home the moment Papa’s dinner jacket arrives at the ironing stand. The possibility that the home environment might become less tense cannot be ruled out, even if in some homes, tension may increase over the short run. The officials, particularly the more powerful ones, might start coming to their offices without malice in their hearts and ill-will on their tongues. Naturally, the principle of maximum happiness will become popular.

The need to fill the time when offices will be empty after the deployment of the staff on the second job can be met by recruiting new hands. They will be confirmed only after three years of satisfactory service when they might also become entitled to a second job. The possibility of   promoting the principle of maximum employment is obvious.

A natural question at this stage would be whether pensioners will be able to benefit from the two-job theory as many retired Pakistanis, after serving the nation with distinction in both, the civil and military sectors, are reported to have acquired the prized iqama. Their case presents some difficulty because the pensioners are already in a privileged category. Some of them get paid a pension which is more than their salaries while in active service. In many other cases, retirement from service only means a reduction in their pension (given as salary). The authorities could succeed in putting the matter off, even killing it, by referring it to a joint study committee. Or they could buy time by asking the applicants whether they will be ready to work in positions junior to the ones they had occupied earlier.

Like all good proposals, this scheme could be made controversial by busybodies who do nothing else. The situation can be managed if the state uses its friends among TV anchorpersons using the same skill and imagination that comes into play when dealing with inconsequential problems, such as the threat of Pakistan becoming a democratic state.

Eventually, the two-job theory should be accepted as a great addition to the country’s game-changer strategies.