By Ali Bhutto | Published 4 years ago 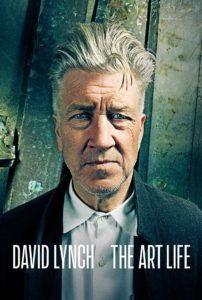 There is a curious anecdote narrated in David Lynch: The Art Life, by Lynch himself, about his ‘going to college’ experience. It reflects a recurring theme in all of his work: Americana and its darker underbelly. After being admitted into the School of the Museum of Fine Arts at Tufts, in Boston, Lynch was escorted to college by his father, who helped him move into an apartment and then bid him farewell.

Thereafter, Lynch spent every minute of the two weeks prior to the start of semester, inside his bedroom. He did not emerge from it even once. Lynch recalls that it took him a great deal of strength and effort to attend classes. This, he explains, is because there was and still is, “always a nervousness of going out.”

The documentary sheds light on the personal evolution of the surrealist master, as an artist and filmmaker. It covers his life from childhood, up until the production of his first big break in film — Eraserhead. Experiences during this period planted the seeds for ideas that would manifest themselves first in his paintings and later, in his films. Painting was a necessary phase for Lynch to go through, we learn, to arrive at the realisation that film was the medium he was better suited for.

Lynch grew up in a stable and happy home environment; his parents never argued with each other, according to him, and encouraged his creative tendencies. His mother would not allow him to own colouring books, which she felt were “restrictive,” and preferred that he use blank sheets of paper to create his own shapes and forms.

The themes of horror and the absurd, central to his films, were inspired by experiences in the outside world. Lynch recalls a “mysterious” and “otherworldly” episode from his childhood, which could easily be a scene out of Twin Peaks or Mulholland Drive. It occurred when he and his younger brother were playing on the street outside of their home late one night, in a sleepy suburb of Spokane, Washington, not far from the location of Lynch’s fictional town of Twin Peaks. He describes the experience as being like “the strangest dream.” A distraught looking woman, naked and bleeding from the mouth wandered down the street, towards them. Lynch recalls, “She was sort of like a giant.” And as she drew closer, Lynch’s brother started to cry.

The first-half of the director’s lifestory, which is the focus of this film, is inspirational for anyone committed to their art and seeking to pursue a path that is out of the ordinary. Lynch remained true to his inner voice, whether it meant dropping out of a college where he felt suffocated and out of place, or avoiding the trappings of ‘secure’ career choices, against the wishes of his family and friends.