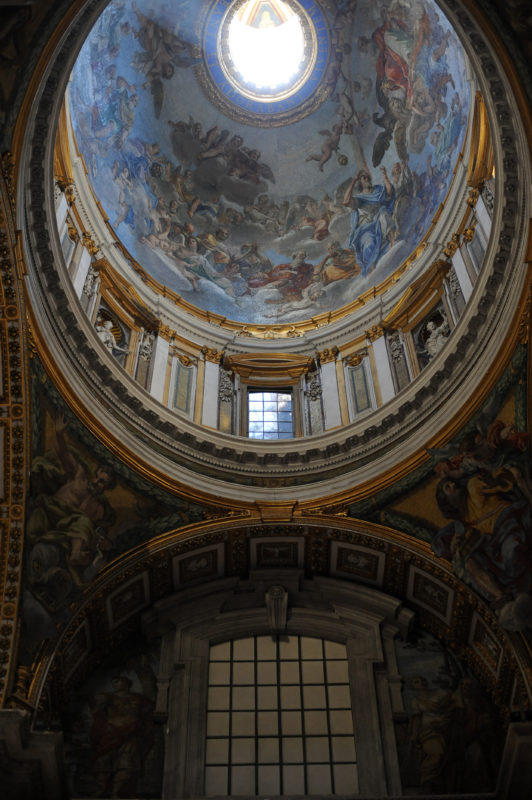 Below Frere Hall’s looming ceiling which permanently showcases the exquisite murals painted by the legendary Sadequain, 25 unusually large photo prints were on display. These made up the exhibition, Passione d’Italia, a selection of Arif Mahmood’s photographs that were the fruit of his 13-year photo odyssey of travels to Italy between 2004 to 2017. In these exquisite images, the celebrated photographer has captured the historic sculpture, art and architecture of Italy, and of its people.

The focus of Mahmood’s subjects comprises famed sculptural works, art and architecture, which have been visited and captured on canvas and camera by multitudes from around the world for centuries. However, Mahmood offers a unique perspective to these majestic Renaissance subjects, bringing out in each of his photographs details and depth that make them appear almost life-like. This is particularly true of his prints shot in black and white film, and out of the 25 displays, eight are monochromatic. While he photographs in both mediums — digital and analogue — Mahmood explains his obsession with black and white photography which he still avidly pursues, describing it as, “A nasha (addiction), and I continue because I have the facility to use it.” 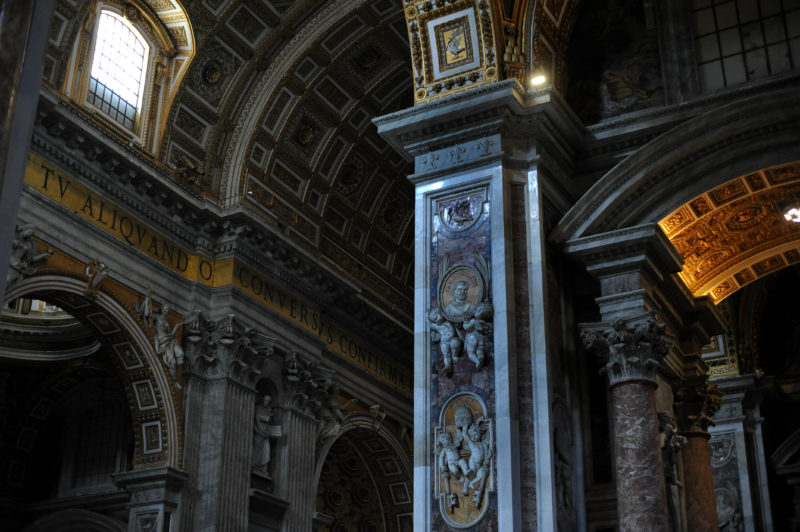 Apart from the Italian theme, what the photographs also share is their unusually large size, which, as Mahmood says, only Frere Hall, with its generous space, could have accommodated. The magnitude of the photographs lends the resplendent sculptures depicted an added dimension — they seem to be pulsating. Take, for example, his perspective of the statue of Pauline Bonaparte as Venus Victrix by Antonio Canova. Rather than focusing on the overall skill of the sculptor, Mahmood compliments the artist by framing his shot of the statue in stately recline only as a partial — it has the impact of a real woman lounging looking towards the light coming through her windows. 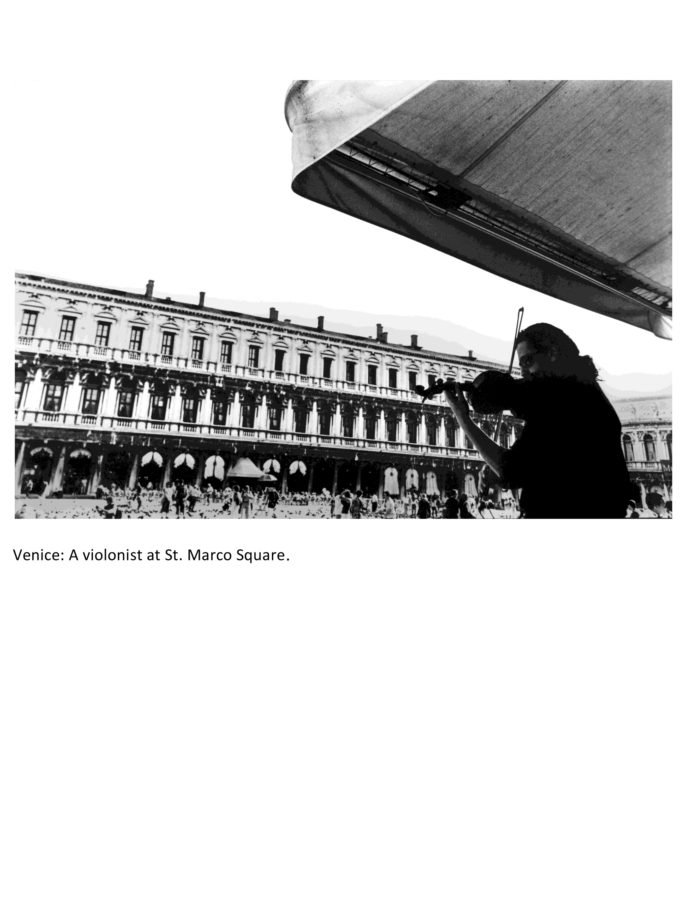 The grandiose interior and exterior church vistas appear as if the veteran photographer is sharing his space with the onlooker as he snaps his perspective.

Mahmood also invites us to a few of Italy’s vibrant street scenes in some of his photographs such as ‘Venice: A violinist at St. Marco Square.’ 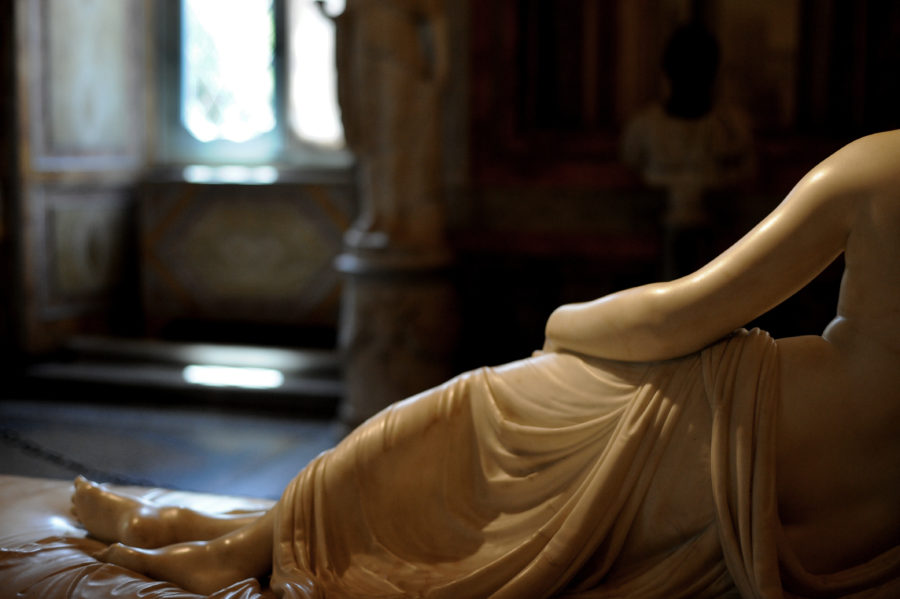 Mahmood’s body of work drew the interest of Gianluca Rubagotti, the Italian Consul General in Karachi. Mahmood’s snapshots of Italy’s art and architectural treasures and street life, inspired Mr Rubagotti to utilise this unique opportunity to share his country’s cultural, artistic and architectural wonders through one of Pakistan’s foremost and most widely published photographers. The Italian Consulate sponsored the exhibition, with the Consul General expressing the choice of Frere Hall as the ideal location for Passione d’Italia. He said this was because the structure’s strong Venetian-Gothic architectural style reminded him of some of the historical buildings in Italy. After it ended in Karachi, the exhibition made its way to Lahore, providing the residents of that historic city the opportunity to engage with the Italian Renaissance and street culture.