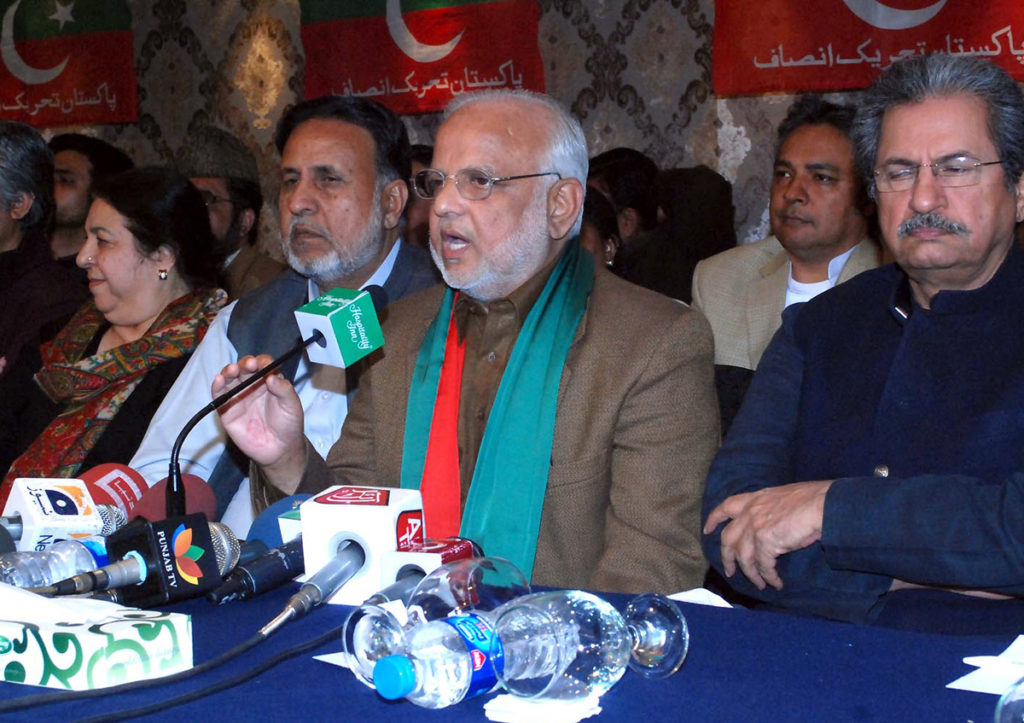 What was your first reaction to the NA-120 result

We could have won, had it not been for three factors — factors that we couldn’t control. First, there were the 29,000 votes that the PML-N brought in from outside the constituency. Forged voter registration always helps the PML-N, and there is no one to check the ruling party. Ineligible ministers were seen campaigning in the NA-120 constituency.

Second, [suddenly the appearance of] officials of the ruling government fixing roads and streetlights ahead of the polling. Where were they for four years? What was [the output of] their performance? These gimmicks are of course, designed to influence the voter at the 11th hour.

Thirdly — and this one’s PML-N’s specialty — buying votes. Who needs to work for the masses [or provide] any governance when you can just buy voters, and [also buy] those that are supposed to help ensure free and fair elections.

But yes, despite these factors we’ve significantly narrowed the gap between us and them.

Do you think the results were impacted by the weakening of the Sharif family?

More than any external forces weakening them, there are clear [internal] divides — between the Shahbaz and Nawaz families, who have now positioned themselves against each other in the lust for power. Hamza Shahbaz, who has long been in charge of the Punjab by-elections, was nowhere to be seen in the NA-120 campaigning.

What about the rise of the religious parties? Did they also play their part in bridging the gap between the PML-N and the PTI?

The Sharifs are victims of their own follies and crimes. Money laundering, embezzlement, forgery — these can’t be pinned on anyone but the culprits. The Hudaibiya Paper Mills case has also been reopened and so has the Model Town incident.

As far as the religious parties’ rise is concerned, they just campaigned against Nawaz Sharif and cashed in on the anti-Nawaz vote by using the ideological bait.

But the biggest recipient of the anti-Nawaz vote is the PTI.

Can the PTI attract the religious vote bank in the Punjab?

The PTI gets both the religious and the liberal vote. Perhaps not the hardliner vote, but the moderate religious; those visiting Baba Fariduddin Ganjshakar’s shrine in Pakpattan and the like.

You mean the Sufi vote?

Yes, perhaps you can say that. But they are no less steadfast in their adherence and devotion. We feel if Punjab’s voter is looking for a moderate religious outlook, then the PTI is the natural choice.

What are your strategies to woo this moderate voter in Punjab — and others — in 2018?

We’re actually demanding an early election, so let’s see where that goes. But if there is an election under the auspices of the PML-N, there is really no point in it — with their presiding officers, their returning officers, everyone following the orders of the ruling party.

Had the army not been present, the 14,000 vote lead in NA-120 might have been 114,000. I’m clear [in my belief] that the PTI shouldn’t even participate in an election tampered by the PML-N — the party should continue striving for free and fair elections.

So if the next elections are held under the PML-N appointed caretaker government, will the PTI not participate in them?

Any election that does not have the PTI would be pointless anyway — that election won’t be an election. And we don’t want the PTI to be blamed if elections are delayed.

But surely you have a manifesto for the Punjabi voter already prepared, regardless of when the elections take place?

There are three overlapping factors in Punjab: poverty, inflation, and unemployment. Our main aim is to create jobs, then we can fight poverty and inflation. And our priority would be to create employment in the rural areas, specifically targeting the agriculture sector.

Secondly, we believe education is the responsibility of the state and a basic human right. We’ve increased the education budget by six per cent in KP, and the standard of schools — both in terms of structure and the quality of teachers — has been kept such that annually 150,000 students are leaving private schools to join public schools.

Of course, the collapsing judicial structure needs to be taken care of as well in the province, especially since the damage done is by the custodians of the law themselves.

Do you think you will be able to sell this to the rural voter?

In the past four years, we’ve won seats and been close runners-up almost everywhere. Hafizabad, Burewala, Chichawatni, Jhelum — where we actually won 20,000 votes more than the ruling party’s vote. PTI is the party that won elections against the ruling party — in Dera Ghazi Khan, Hafizabad, Rajanpur — and there are countless others where we’ve won a huge number of votes. So obviously there is support for us in rural Punjab; we just need to translate the votes into seats. n