Since the late 1970s the Council of Islamic Ideology (CII) has been in the news for its ultra-conservative stand on the Islamisation of laws, and especially its focus on issues relating to women, dating back to when it proposed the Hudood laws during General Zia-ul-Haq’s tenure. The CII’s rigid stances have, over the years, often engendered resentment and protest among the country’s forward thinking individuals. Last January, the controversies involving the Council once again led to heated discussions in the public domain, including the Senate of Pakistan.

Sherani has been most vocal against any proposal to raise the marriageable age for women. In his and  the Council’s opinion, the “Injunctions of Islam” i.e. the Holy Quran and Sunnah, permit girls as young as nine years old to be married “if the signs of puberty are visible.” Therefore, according to the Council, fixing the marriageable age at 18 would be against the teachings of the Holy Quran and Sunnah.

When in January, the Council’s annual reports were put up before the Senate for discussion for the first time, the PPP’s Senator Farhatullah Babar, took a dissenting view and went to the extent of questioning the very need and constitutional basis for the Council’s continued existence. Senator Babar was reported to have said that “the task assigned to the Council under the 1973 Constitution has been completed, which the Council had itself admitted in its final report on laws in 1996.” He added that the Federal Shariat Court had been charged with the task of examining laws, and it could strike down any law, if it held they were in violation of the “injunctions of Islam.” “So what is the need for the Council?” he asked on the floor of the house. This is an important question which continues to agitate the minds of those who find the Council redundant.

The Council of Islamic Ideology is a constitutional body which was incorporated in the 1973 Constitution. Within the ambit of the constitution, the fundamental task assigned to the Council was to recommend to the parliament and provincial assemblies, the president or governors, its advice on any question referred to it regarding whether a proposed or existing law was repugnant to the Injunctions of Islam, the Quran and Sunnah, or not, and to make recommendations accordingly.

The genesis of such an advisory/recommendatory body lies in the 1956 Constitution, and it was retained in the 1962 and 1973 Constitutions. The Council accomplished the task of assessing older laws in the framework of the Quran and Sunnah long ago. But since the Constitution also envisages it as a body with the mandate to advise the parliament and provincial assemblies and other constitutional/state functionaries on future legislative proposals, as well as to suggest measures for bringing existing laws in conformity with the injunctions of Islam, it was never disbanded.

According to the 1973 constitution, the Council will consist of not less than eight, and not more than 20 members, who are to be appointed by the president from among persons having knowledge of “the principles and philosophy of Islam as enunciated in the Holy Quran and Sunnah, or [an] understanding of the economic, political, legal or administrative problems of Pakistan.” Also, it is prescribed that two of the members should have been judges of either a High Court or the Supreme Court of Pakistan, and four of the CII’s members must have been engaged in Islamic research or instruction for a period of not less than 15 years. Furthermore, at least one member of the Council has to be a woman.

The requirement of a woman member is noteworthy for two reasons. One, because this is one of the conditions which has not been complied with at all times. Two, interestingly, the original draft of the 1973 Constitution did not have this requirement. It was during the constitution-making debates that the PPP’s Dr. Ashraf Khatoon Abbasi from Sindh (who later became speaker of the National Assembly in 1988), proposed amending the draft constitution by introducing the requirement of at least one woman in the Council. While personally supporting the proposed amendment, Abdul Hafeez Peerzada, the then PPP law minister, informed the house that during the discussion on the draft constitution, Maulana Mufti Mehmood (father of the JUI-F’s current leader, Maulana Fazlur Rehman) threatened to withdraw his support for the constitution which the Zulfikar Ali Bhutto government wanted to be a consensus document. While introducing the amendment, Dr. Abbasi informed the house that she feared that the ulema “would not be sympathetic to the problems of women,” and therefore, in her opinion, “because of the hostile behavior of the ulema it has become essential that one of the members should be a woman.” The amendment was carried by an overwhelming majority and the full support of members of the PPP.

Women also had other issues to contend with. Discriminatory laws like the Zina Ordinance, 1979, could not be amended until 2006 when Dr. Khalid Masud wrote a critical report on it. Dr. Masud, who chaired the Council between 2004-10, remains the most progressive voice it has had to date. In his report he noted that the Hudood laws were proposed in 1978 by the Council which was reconstituted by Gen. Zia-ul-Haq soon after overthrowing Zulfikar Ali Bhutto. The members nominated for the council by Zia were some of the most regressive men of their time. They included Justice (retd.) Afzal Cheema and Maulana Taqi Usmani. For almost one year, between September 1977 and June 1978, the Council worked on drafting the Hudood Ordinances without a woman member. 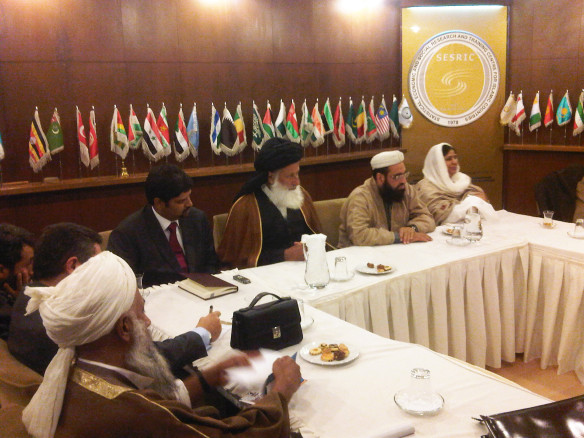 But it’s not just issues relating to women that have been prominent on the Council’s agenda. Complex legal questions like the admissibility and evidentiary value of DNA evidence is another one on which the Council expressed its gut opinion, without proper research and knowledge, thus unnecessarily making the issue controversial by giving it a religious colour. The Council has declared that DNA evidence cannot be admitted as primary evidence. Since it is already established practice that some corroboration is required in addition to DNA evidence to proceed with cases, the Council’s pronouncements on the matter has just rendered all DNA based examination controversial.

Similarly, the Council has shown its reluctance to recommend prohibition of corporal punishment for children. As a result, a proposed bill on the subject remains mired in the quicksand of irresolution, despite the parliament’s obligation under the constitution and international law to protect children and prohibit corporal punishment.

The Council has also expressed its incomprehensible views on a woman’s right to seek the dissolution of marriage (khula). In the Council’s opinion, khula cannot be allowed without the permission of the husband of the woman seeking it.

And not too long ago, on a question posed by the Azad Kashmir government regarding whether women could be inducted in the judiciary to adjudicate matters of qisas and diyat, the Council recommended that women above 40 could be appointed judges, but only if they strictly observed purdah. But this should come as no surprise. In 1982, the Council had disallowed women from becoming judges in all cases other than family matters.

Against this woman-unfriendly backdrop, the Council’s most recent admonitions about a law that could offer women a small measure of relief, are right in line with the CII’s ethos. Maulana Sherani severely criticised and declared “unIslamic” a law aimed at affording women protection from domestic violence. The Protection of Women Act was passed by the Punjab Assembly. However, after the Pakhtunkhwa government sent a similar bill to the Council for its recommendations, it was stymied by the latter.

On March 31, 2014, the Sindh Assembly, led by the PPP, passed a resolution demanding the dissolution of the CII. In 2013, the Sindh Child Marriage Restraint Act, 2013, which raised the marriageable age for women to 18, was passed, despite the Council’s opinion to the contrary. The Council chairman criticised the Sindh government for not taking its opinion seriously.

The constitutional provision to establish the Council of Islamic Ideology was a compromise between political parties in the parliament because of the deep political disagreement between them about the ideology of the state — from the PPP’s relatively liberal identity on one end, to the fundamentalist Islamic one on the other. The deep division between the military leadership and elected institutions also reportedly played a role in this regard.

The Constitution prescribes only a recommendatory role for the Council, and its mandate was intentionally kept ambiguous at best. The CII cannot bind elected institutions from introducing progressive legislation. Thus, for example, the Sindh law on child marriages shall hold the field unless it is declared ‘unIslamic’ by the Federal Shariat Court (FSC). Gen. Zia, in fact, established the FSC in 1980 because he realised the inadequacy of the Council to enact laws or change existing ones. The Council’s role is essentially recommendatory in nature; the FSC is more subversive vis-a-vis the democratic aspirations of the progressive people of Pakistan: its decisions become binding if not overruled by the SC’s Shariat Appellate Bench. The nuisance value of the Council was enhanced and supplemented by the Shariat Court. And of its more notable decisions are the declaration of death as the mandatory punishment in blasphemy cases, the imposition of qisas and diyat laws, and the declaration as unIslamic some of the important provisions of the Protection of Women Act 2006.

While both the Council and the Shariat Court, as well as their mirror image in the Supreme Court, the Shariat Appellate Bench, are conservative counter majoritarian institutions, the latter is more destructive than the former. Both need to be reformed in some major ways if not abolished altogether.

The writer is a lawyer.