Once again it took gut-wrenching carnage for the state to muster the energy to do the needed, as Army Chief General Raheel Sharif gave the green signal for the launch of a military operation in Punjab to “target militants in all forms.” Questions as to how the army chief can supersede a Prime Minister to make that announcement can be shelved until later. After all, one has just seen 73 people — mostly women and children — having been massacred in the provincial capital, the hub of the ruling government.

Jamaat-ul-Ahrar, a Tehrik-e-Taliban Pakistan (TTP) faction claimed responsibility for the Gulshan-e-Iqbal bombing on March 27. Ehsanullah Ehsan, the spokesman of the Jamaat, said that Easter celebrations were targeted and the bombing was a message to Prime Minister Nawaz Sharif that his Jamaat “has arrived” in Lahore. But with the Wagah border bombing and the Youhanabad blasts in the past year-and-a-half, both of which Jamaat-ul-Ahrar claimed responsibility for, it is evident that the group “arrived” in Lahore quite some time ago.

In fact, the roots of the Punjabi Taliban can be found in the ’80s when they were ideologically and militarily groomed by the state. Post 9/11, Punjab-based militants were a part of the jihadist osmosis alongside those in the northwest. Resultantly, alliances were formed between the TTP and their Punjabi affiliates, and they fought in tandem in Swat and the Tribal Areas. Now, nearly a decade after these jihadist groups have eradicated any differences between them to unite for a common jihadist cause, the Pakistani state still manages to differentiate between “good” and “bad” militants — a policy the government had vowed to shun following the Army Public School (APS) massacre and the launch of the National Action Plan (NAP).

The blowback in Punjab was first witnessed in the immediate aftermath of the 2007 Lal Masjid siege, with Lahore being jarred by an unprecedented surge in violence. While the targeting of the Lal Masjid was used as the rallying call then, it is Mumtaz Qadri’s hanging that is uniting radical Islamists now, as witnessed in Islamabad where pro-Qadri protestors clashed with the police, damaged public property and targeted sensitive state buildings.

Until recently, procrastinating over purging the Punjab of militancy was one of the few things uniting the civilian and military leaderships. The province remained immune from a thorough military cleansing for two prominent reasons. For the ruling party, the PML-N, sectarian organisations like the Ahl-e-Sunnat Wal Jamaat (ASWJ) proved an important political ally in the lead-up to the 2013 general elections. Hence, ASWJ’s militant affiliates, the Sipah-e-Sahaba Pakistan (SSP) and Lashkar-e-Jhangvi (LeJ), were initially also provided protection. The military establishment meanwhile, was reluctant to clamp down on groups like Jaish-e-Muhammad (JeM) and Lashkar-e-Taiba (LeT), both with strongholds in the Punjab, because of their activities in India. 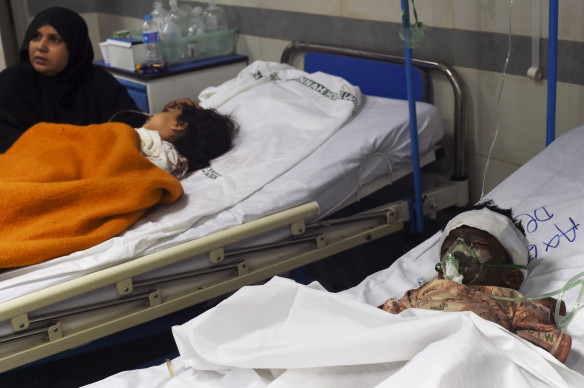 The roots of both the Pathankot Indian Airbase attack and the Lahore blast — two of the biggest acts of terror in either side of the Punjab since the turn of the year — were found in southern Punjab. While the Kashmir-based United Jihad Council (UJC) claimed responsibility for the Pathankot attack, JeM’s affiliation with the UJC and the ISI is commonly known. That Pakistani security authorities detained JeM chief Masood Azhar and sealed the group’s offices in Bahawalpur validates the Indian intelligence agencies’ claim about the perpetrators of the Pathankot attack. Meanwhile, the Lahore suicide bomber Salahuddin Khurasani, was a madrassah instructor in Muzaffargarh.

In August last year, Punjab Law Minister Rana Sanaullah said that Punjab madrassahs had no links to militancy. What made this assertion all the more shocking was that it came on the heels of the assassination of then Punjab Home Minister Shuja Khanzada in a suicide bombing orchestrated by a TTP-LeJ alliance, after Khanzada’s launch of a clean-up drive in Punjab’s mosques and madrassahs to purge them of sectarian extremism. While Khanzada’s killing was probably direct retaliation for the “encounter” which claimed the life of former LeJ chief Malik Ishaq, it is evident that there were multiple jihadist stakeholders in the former’s elimination.

The nexus between JeM, LeJ, TTP and their alliance with al-Qaeda is common knowledge. The 2009 attack on the Sri Lankan cricket team in Lahore had all these groups on board. Many of these factions, including Jamaat-ul-Ahrar, have also pledged allegiance to ISIS since the group emerged in the Middle East and began orchestrating bombings, ranging from Western Europe to the Far East in the past 12 months. Last May’s Safoora Chowrangi massacre of Ismailis was also claimed by a local ISIS faction, along with Jundallah — another TTP splinter group.

This demonstrates that whether it’s the India-bound JeM, Afghan-centric Taliban, sectarian LeJ, or global militant groups like al-Qaeda and ISIS, all jihadist groups are converging in Pakistan. The Counter Terrorism Department (CTD)’s busting of an ISIS cell in Sialkot in December, with Jamaat-ud-Dawa (JuD) members being arrested, shows the proximity of the jihadist menace to the centre of Punjab, and also highlights that the threat is home-groomed.

Even so, militarily beating the Punjab-based jihadists won’t suffice in winning the greater war. Jihadism grows in concentric circles, with the epicentre being Islamism — the desire to impose a particular version of Islam on all society. When Islamism takes a radical form it transforms into jihadism. Without conquering the initial levels of religious extremism, the problem cannot be solved. 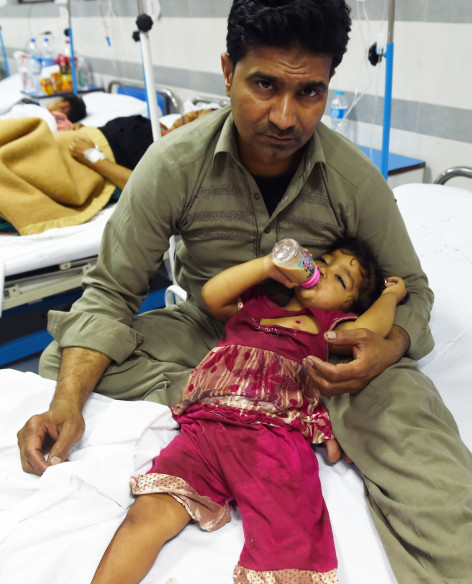 This can be further elaborated through the example of another event that took place in Lahore last month. On March 15, a Jamaat-e-Islami (JI) led meeting of Islamist parties united in the party’s headquarters in Mansoora to denounce the Women Protection Act as un-Islamic. The meeting was attended by the likes of Sami-ul-Haq, the “Taliban architect,” and Hafiz Saeed. The JI Chief gave the PML-N government a deadline of March 27 to retract the Act or face countywide protests. On March 27, thousands of pro-Qadri supporters rioted in Islamabad, while a suicide bomber imploded in a children’s park in Lahore.