In March, Newsline celebrated the awards received by two members of its editorial team — past and present. 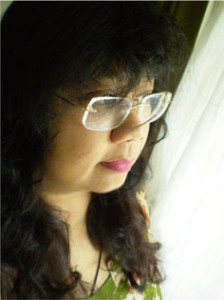 Farieha Aziz, a former Assistant Editor and currently a digital rights activist and co-founder/director at Bolo Bhi, received the ‘Woman of the Year’ award by the Ladiesfund — an initiative that promotes and trains women entrepreneurs and provides women financial security. Aziz received the award for her struggle against random and blanket government censorship on the internet and the powers of the regulator.

Deneb Sumbul, a documentary filmmaker, activist and Newsline staffer, received the ‘Pakistan Gender Ambassador Award’ for her special report in Newsline on acid victims and survivors and the laws pertaining to acid crimes (‘Scarred Souls,’ November 2015).  The Award was given at an International Woman’s Day function on March 8 through the Dastageer Legal Aid Centre established by The Law Society of Pakistan, an NGO working in Karachi since 2010 for the advocacy of judicial reforms at the policy level and the promotion of a legal system based on human rights.