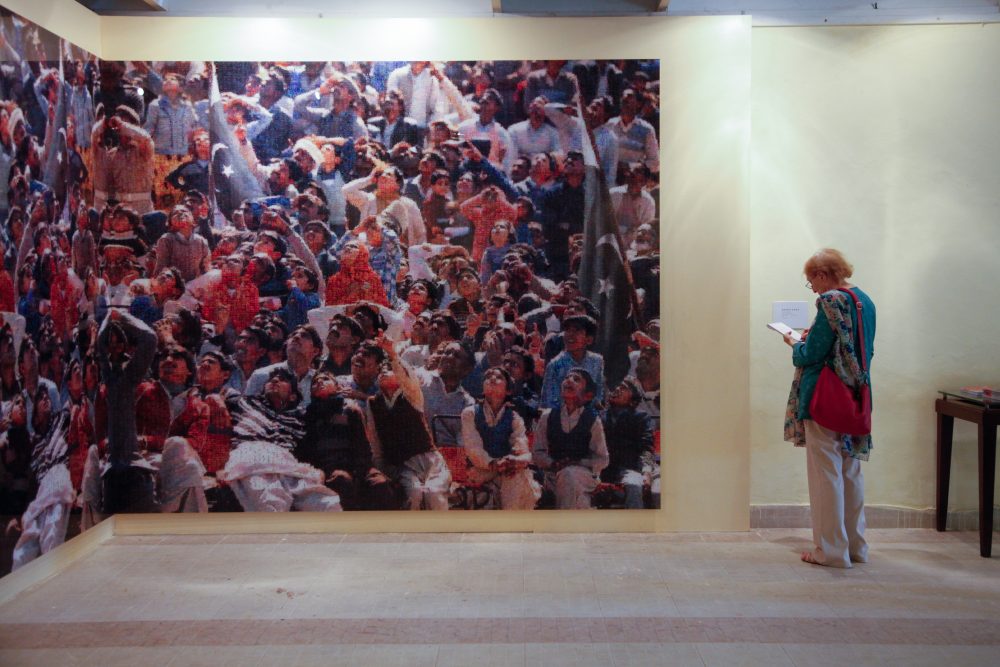 “We have no heritage if we choose not to claim this one” said Adnan Madani, while discussing the theme of the ‘Art Sabka? Pakistani Cinema Revisited’ exhibit. Showing at FOMMA’s DHA Art Centre in Zamzama Park, in collaboration with I Am Karachi, the exhibition was part of the grander event of ‘Cinema Sabka?’ scheduled for the end of February 2017. The artists contributing to this collection were Bani Abidi, Iftikhar Dadi, Rashid Rana, Ahmed Ali Manganhar, Meenu and Farjad and Mohammad Ali Talpur. Madani curated the opening discussion with Meenu Gaur and Farjad Nabi. 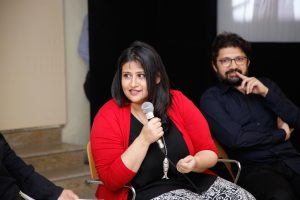 The curators spoke about the relevance of this exhibit to society at large and their audience in particular, stating that despite Lollywood being quite a marginalised concept in modern-day media, as compared to what it was back in the ‘60s and ‘70s, its influence is still undeniable. Also discussed was the change in viewership since those days and how our relationship with cinema and the media in general has undergone a dramatic transformation, since we are now able to freeze, rewind and skip entire moments at our own whim. In the old-school setting of the theatre, one was completely submissive to the narrative on screen.

The works for this event centered on the relics of early Lollywood and the nostalgia that is incurably tied into revisiting that era of our cultural history. And the success of this exhibition lay in the manner in which it merged contemporary consciousness with reminiscences of the past. As Meenu Gaur reflected, even though filmmakers are trained to work with light, they have resorted to mastering pixels instead. 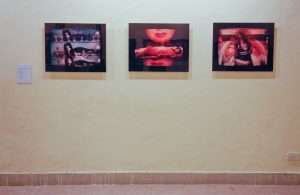 The most overwhelming piece at the show was the immense floor to ceiling installation by Rashid Rana, which captures a real life surreal moment of an entire crowd reaching for the sky, reimagined entirely in pixels. The overpowering feeling in it of anticipation — of something just about to happen, and of something exciting that seems to have been frozen — is a beautiful analogy for Pakistani cinema, with its rich past, and newfound sporadic bursts of promise and undeniable surges of talent. Talpur’s contribution to the exhibition was like a gorgeous but inert warp of Pakistan’s film history, encapsulated in a frame, almost like a hologram, of some of the classic images from Lollywood including Saima Noor and Sultan Rahi. Iftikhar Dadi submitted work that was fluid yet frozen, one still of Rani’s merging into the next, creating “motion out of stillness” as summarised artfully by Gaur. 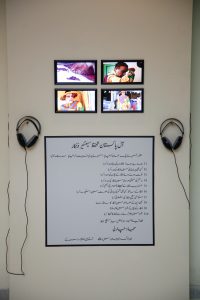 My favourite representation of the ‘mono no aware’ reconceptualisation of Lollywood was the work by Meenu and Farjad which featured Sajjad Charlie, a clown protesting at the funeral of the rapidly departing actors of classical Lollywood. The four-piece video installation played into the familiar and into notions of absurdity all at once, because even though clowns, death and funerals are each so commonplace that they are almost banal, when combined they are quite unnerving.

Art exhibitions and particularly those of this nature are a virtual lifeline in our country, during this time of psychological, social and political strife.