The concrete and steel jungles coming up at breakneck speed in Pakistan’s urban areas are likely to bring unprecedented climate change consequences in their wake. Asphalt highways and housing colonies are fast replacing forestlands and trees, leading to rapid climate change. More than 145 climate-related disasters have been recorded between 1995-2015, putting internal displacements within Pakistan, due to natural disasters alone, at an estimated 10 to 15 million people, according to the 2015 report of the Internal Displacement Monitoring Center.

From 1951 till now, what climate change has meant to us is events ranging from gradual consequences such as air pollution leading to the rise in non-communicable diseases (including cancers), to sudden disasters leading to loss of life, livelihood and infrastructure, as well as an assortment of public health emergencies.

Increasing global temperatures contribute to depleting snow cover and the melting of massive glaciers. In Pakistan, we are currently witnessing glaciers such as the Baulter and Barpu melting and shrinking rapidly, wiping out settlements in Chitral valley (2015) due to glacier lake outburst floods (GLOFs). This increased volume of water, along with eroded soil from increased farming along the southern extent of the Indus, coupled with deforestation by illegal logging reinforces flooding, leading to loss of lives and infrastructure, such as those caused by flash floods in Khyber Pakhtunkhwa. 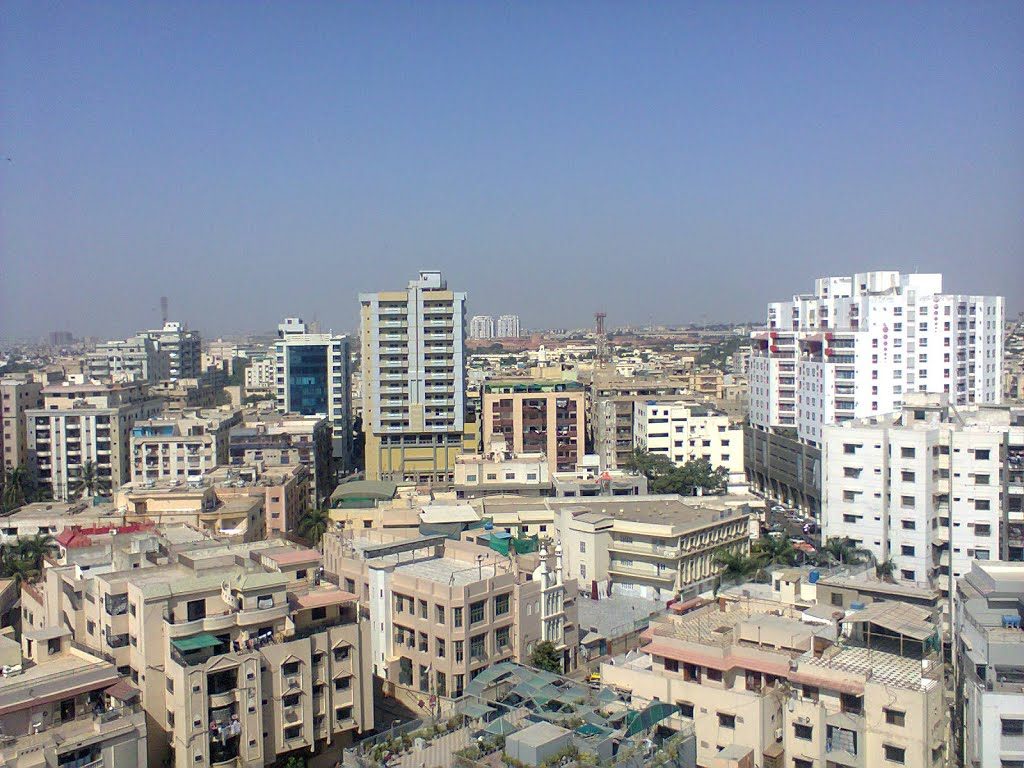 There is also increasing vulnerability to climate change along the coastal areas, with those along Gwadar, Pasni, Hingol River and Ormara port showing increased erosion. As all the excess water drains into the sea, it causes sea levels to rise along Makran and Karachi. Coupled with rising temperatures through locally produced and absorbed air pollution (carbon-emissions), this warms up oceans and acidifies them too. The combination of these effects could also precipitate tropical cyclones, typhoons and hurricanes, all of which will affect populations living along the coast.

The acidification of oceans due to absorbed air, dumped waste water and land pollution has had devastating effects all along Pakistan’s coastal regions where high population growth rates, lack of socio-economic mobility and infrastructure already lead to undernourishment. Acidification causes local marine life to reduce and no longer be a healthy accessible option for proteins, destroying the basic food security within these communities.

Destroying native, urban forestry (Karachi’s cover has shrunk from 18% in 1947 to 7% currently) and overall wetland (lakes, marshes, ponds) cover in KP and Haleji lake in Sindh, which absorbs the impact of flooding locally, will also lead to further challenges. All of these serve life-sustainability functions by absorbing carbon emissions (thus making carbon more available on land which benefits us, rather than being harmful to us in the atmosphere) and sudden water run-offs while cooling the land surface overall. Without them, the impact of adverse weather becomes far more dangerous, as has been seen recently in both urban and rural contexts.

Similarly, urban centres also face the threat of air pollution trapping ‘temperature inversion layers’ due to polluted warm air being trapped under a layer of cool air in cities such as Peshawar, Lahore, Karachi and Quetta. This leads to people breathing in toxic life-altering pollutants, accentuated in coastal cities due to warm coastal winds. So, in other words, in cities with so much pollution, people breathe in and stew in their own filth even though it seems cooler with some cloud cover! The air they breathe is aggravating a multitude of health problems, and ironically, it is actually the same air polluted by their car fumes, electricity usage, etc. 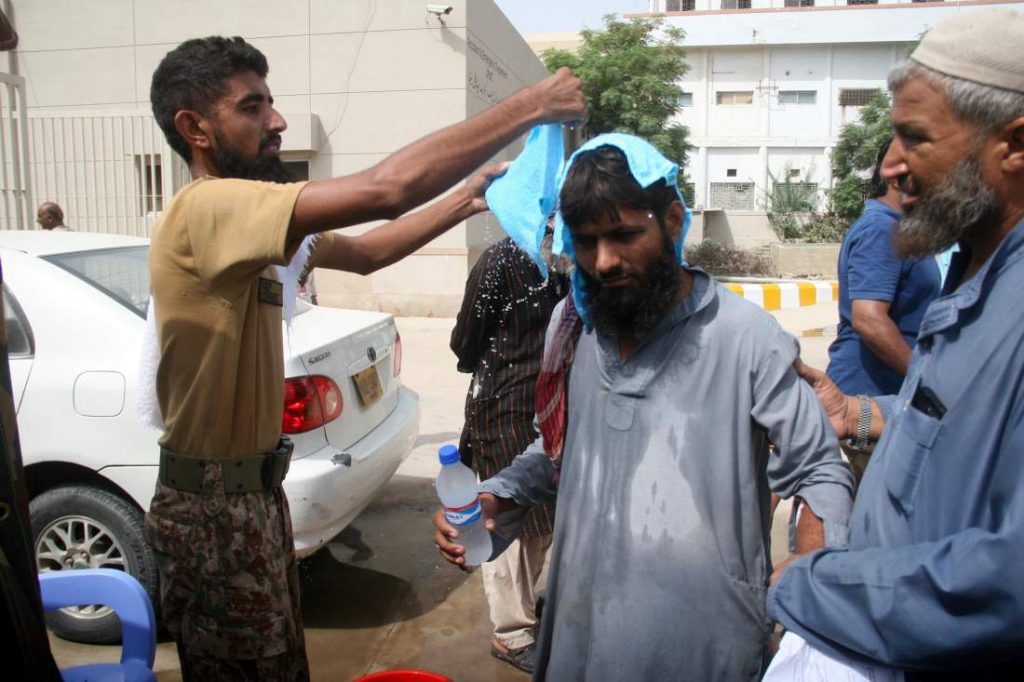 Urban population centres are both host to climate-related challenges as well as one of their major causes. These days, urban planning is often aimed at maximising the number of people living and working within limited spaces and stretched resources in the case of poor countries such as ours. To occupy space and sustain our lives in the cities, we combust fossil fuels (for urban transportation, using gas or wood for cooking and electricity from burning fossil fuels) and live in highly structured settlements.

We need to have far better planning when constructing vast stretches of heat absorbing and retaining asphalt; or installing strips of air-conditioning, concrete, stone and steel for high-rises. Each of these come together to create what is called the ‘urban island effect,’ as they cause a concentration of heat -emitting sources that lead to high temperatures in urban centres. The June 2015 deadly heatwave in Karachi was a consequence of this effect.

These effects can be countered to an extent by having high reflectivity (e.g. white-washing) of building exteriors, which lowers absorbance of heat. It is also necessary to invest in urban wetlands and forestry as well as capturing and reutilisation of heat produced within urban settings to sustain city life. Replanting indigenous plants and trees, leading to urban forestry that is sustainable and diverse, can help to absorb excess water, prevent flash floods, and cool the ground. It can also lead to a reduction in vehicle trips as people will enjoy being outside more often, though space for pedestrians would need to be prioritised too.

Similarly, our urban centres can also embrace the concept of “sponge cities,” which means having green roofs and balcony gardens or creepers connecting a multitude of cramped urban dwellings. This not only beautifies high-rises but can also restore water retention in a more natural manner, preventing excess evaporation and therefore reducing heat, as greenery provides shade and cooling. It is crucially important, however, that reforestation should mimic indigenous vegetation in and around that area, otherwise it can lead to new problems. For example, the planting of Conocarpus trees recently in Karachi has led to a negative impact on local biodiversity, as the unfamiliar species is incompatible with local wildlife, and can lead to a rise in allergies.

There are farming techniques that allow farmers to continue growing crops and plant trees as well, reducing the need for deforestation. The government could utilise existing research to work with other sectors and important stakeholders within society to focus on indigenous reforestation, forest conservation, wetland protection and reduction in carbon emissions.

Indeed, the need to manage and reduce our climate change consequences has tremendous social implications too. Research has shown that there is a causal relationship between rising temperatures and violence due to a lowering of inhibitions. This has led to people becoming more irritable, increases in road rage incidents and accidents, rioting and violence.

Perhaps the most effective forms of combating climate change are those that incorporate the larger society, and make clear the fact that the responsibility for tackling these problems is of a collective nature. One such example would be the installation of Air Quality Monitoring Stations. These are essentially screens erected on roadsides that show colour-coded readings of air quality. Reading and interpreting the Air Quality index can help each of us to understand how much pollution we are causing in each area, which directions are down-wind and getting affected, as well as which types of pollutants we are taking into our bodies when we breathe. It is increasingly important to start such measures in Pakistani cities, which are highly polluted. Apart from the terribly high ratings for Karachi, according to WHO’s 2014 measurements, Peshawar had the highest level of large particle air pollution in the world. To compare, Delhi ranks seventh on that scale, even though the latter has more media coverage and it is criticised a lot more for poor air quality.

Once such screens, and the information they display, become part of lived reality, they can be used to leverage faster and more effective change. For example, in India the local transportation start-up, Ola, launched campaigns to encourage people to share rides in order to reduce CO2 emissions. To this effect, they held an intercity (Delhi, Mumbai and Bengaluru) competition to see which city could reduce their CO2 emissions by 400 tonnes between the 3rd and 15th of August — a brilliant way to truly put their patriotism to use before Independence Day!

Of course, there are also many other ways in which entire societies can be engaged in combating pollution. However, what is needed for that to happen is a clear agenda that unites not only stakeholders but also demarcates responsibilities for government, the media, the private sector and civil society. We need to identify clear goals in terms of what we hope to achieve, and incorporate these ideas into planning and development.

Reducing one’s carbon footprint is in everyone’s shared common interest for their cities, for their country and actually for the benefit of the region, because air does not have political boundaries.