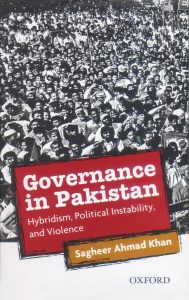 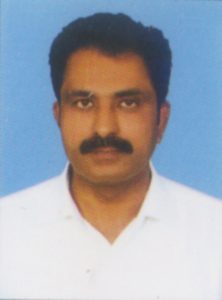 Sagheer Ahmad Khan, Assistant Professor of Political Science at Bahauddin Zakariya University, Multan, has done his reading quite well. And in the course of that academic journey, he has come to the conclusion that Pakistani society remains in a state of transition. This is a conclusion that is not unique: it has been reached by many people before him. Khan also talks about what many Marxists and ex-Marxists within Pakistan’s middle classes have observed: how the rising bourgeoisie of Pakistan is largely non-egalitarian, in contrast with the developed world’s bourgeoisie which retains its egalitarianism as it ascends the social ladder.

The history of Pakistan has been covered by assorted academicians and historians — even if it has not been as widely disseminated as it should have been among the ever-burgeoning youth bulge of Pakistan. Nonetheless, those who read Pakistan’s history are by now familiar with the small roster of academic writers who specialise in the subject, such as Ayesha Jalal and Stanley Wolpert. These individuals have done yeoman service by delving into neglected corners of Pakistan’s history. It is this body of work that Sagheer Khan relies on to draw conclusions. So while his book is well-researched, it provides few original insights.

Thankfully, however, Sagheer Ahmed’s work does not reflect that of other Pakistani historians who have succumbed to creating a narrative reeking of state sponsored revisionism. He examines the political violence that Pakistan has been long plagued by from a sound academic angle.

And his text comes well stocked with sources and a bibliography that widely covers Pakistan’s history and political economy. However, his conclusion that Pakistan is a ‘transitional society’ and a ‘hybrid state’ does not impress that much. The Economist’s intelligence unit, has been using such terms to describe Pakistan and its political system for years. The magazine classifies the country as such because of the weakness of its political culture, below average political participation, mediocre (and in some cases weak) civil liberties, electoral process and functioning of its government.

Sagheer Ahmad expounds on the violence that Pakistan has suffered throughout its history. He overviews the violence of Partition, the Indo-Pak wars, the civil war in East Pakistan, Baloch separatism, Mohajir turf-wars in urban Sindh and the insurgent terrorist violence in Pakhtun lands. The author also takes stock of the ongoing sectarian conflict in Pakistan, even at the most benign of political times.

The author divides Pakistani society into two parts. The first is the pre-colonial, rural society in Pakistan before the British conquest, which he calls “traditional.” The author says that it was upon this traditional society that the British imposed a colonial state — the second part — which he says was based on bureaucratic rule, English common law and military control. It was the tension between these two parts, he maintains, that culminated in what is Pakistani society. Sagheer Khan posits that it is this hybridism that is the source of Pakistan’s political instability, violence and democratic weakness.

The author maintains that after Pakistan’s independence, the ethnic conflict which developed between Pakistan’s two wings helped the west wing’s civil and military bureaucracy to consolidate their power. He holds that Pakistan’s tragedy is that upon independence, its state institutions, which were far better equipped to deal with the issues at hand than the population which was largely rural and illiterate, were the ones which undermined its democracy, and helped develop a culture that fostered dictatorship.

In his chapter on the rise and subsequent victory of authoritarian rule in Pakistan, the author does present some valid, substantial evidence of how democracy and modern, free thought were defeated, not by a tribal or feudal culture, but by the paranoid, cold-blooded, reactionary politics of the Cold War. The sidelining of politics and politicians, the attempts at de-legitimising elections, the centralisation of political authority and the induction of religion to retard social growth and stifle society, he contends, were cold-blooded projects of the then ruling military-bureaucratic combine, to maintain control over Pakistan and its society.

According to Sagheer, Pakistan’s current situation owes more to ideological engineering by Zia’s military regime, and its foreign backers, than it does to its own indigenous culture.

The argument that Pakistan’s governance and politics are “transitional,” however, renders this book time-bound. Due to the “transitional” nature of the problems it addresses, its conclusions may not remain relevant in the years to come. Nonetheless Governance in Pakistan would perhaps be a good go-to book for students to source the country’s history and its travails.