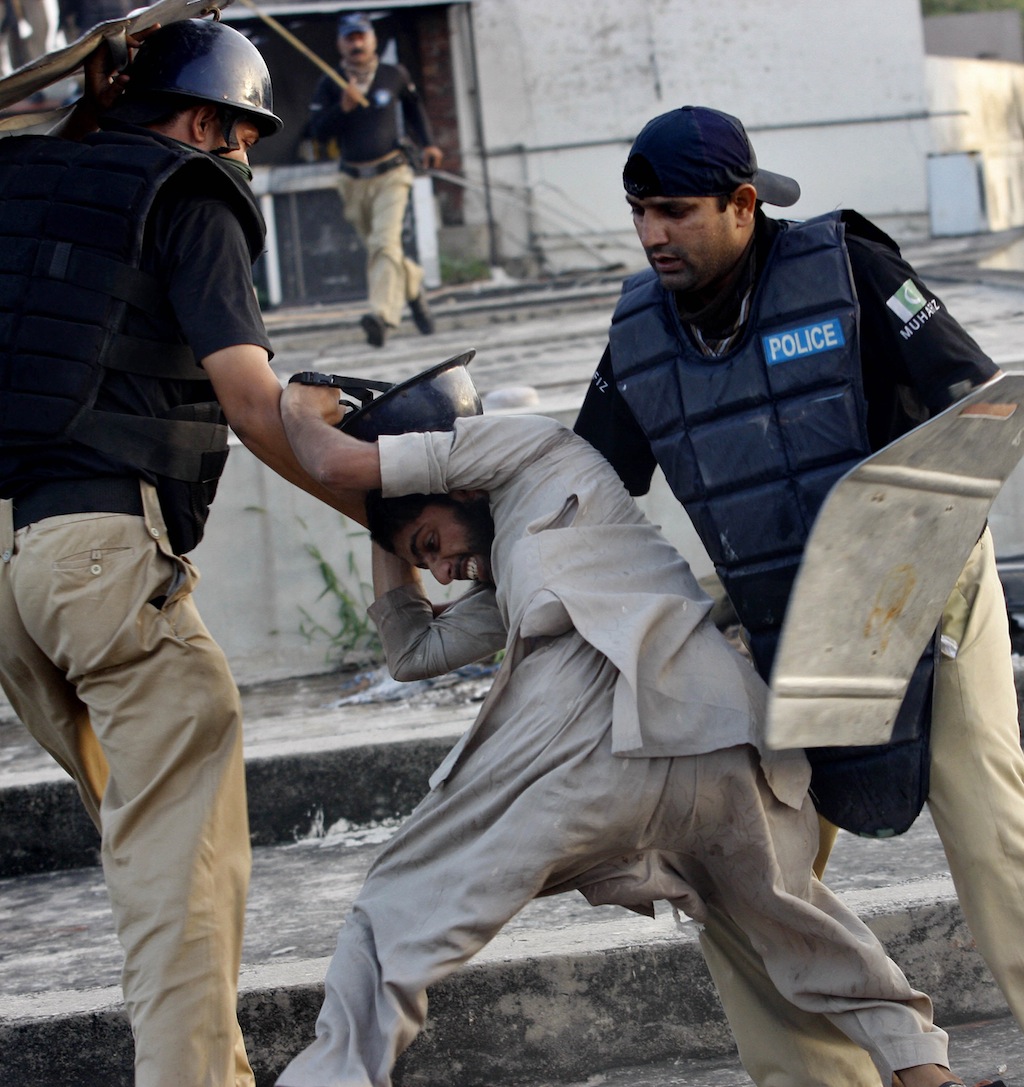 Titled ‘This Crooked System: Police Abuse and Reforms in Pakistan,’ Human Rights Watch (HRW) released a detailed report on human rights abuses committed on a large scale by the police force. Blaming the prevailing system in the country, the report demanded an overhaul of the entire system, which HRW believes “enables and even encourages serious human rights violations.”

“Instead, law enforcement has been left to a police force filled with disgruntled, corrupt and tired officers who commit abuses with impunity, making Pakistanis less safe, not more,” he added.

The 102 page-long report primarily documents various cases of arbitrary arrest and detention, extra-legal killings and torture by the provincial police forces in Sindh, Punjab and Balochistan. Surprisingly, this report does not include Khyber Paktunkhwa.

Based on interviews of more than 30 police officers and 50 victims of police abuse, the report gives a detailed account of the ways in which police oppress vulnerable communities like women, religious minorities and refugees. The report also documents over 2,000 so-called police encounters in 2015 alone, which HRW strongly believes were, in many instances, staged encounters.

The report claims a significant increase in custodial torture with zero or no accountability.

“Methods of custodial torture include beatings with batons and littars (leather straps), stretching and crushing legs with roola (metal rods), sexual violence, prolonged sleep deprivation, and mental torture, including forcing detainees to witness the torture of others,” the report says.

“Senior officials told Human Rights Watch that physical force is often threatened and used because the police are not trained in methods of professional investigation and forensic analysis, and thus resort to unlawfully extracting information and confessions.”

Many highly-placed police officers told HRW in confidence, about the existence of the phenomenon of fake police encounters, which they insist are staged due to pressure from the political leadership and the high command.

“Such killings are carried out because of pressure from the high command or local elites, or because the police are not able to gather enough evidence to ensure convictions.” 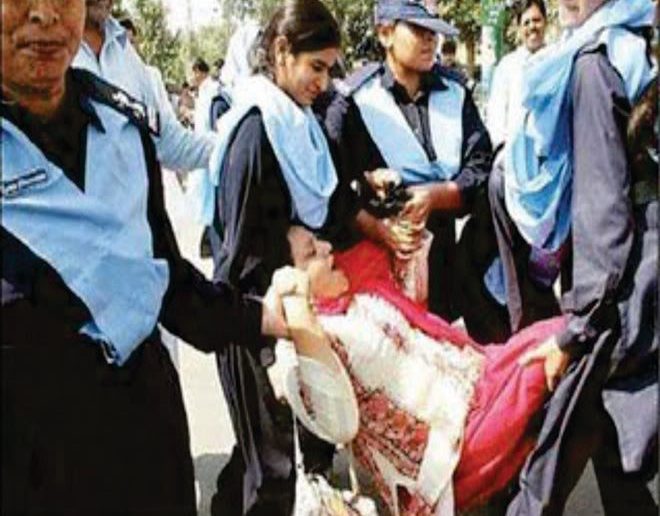 This is not the first report to investigate extra-judicial killings. Earlier, the Human Rights Commission of Pakistan (HRCP) released a similar report titled, ‘Extra-judicial Executions in Pakistan: Killing with Impunity.’ Researched and written by the advocate Asad Jamal, the report explored in detail the phenomenon of extra-judicial killings, the reasons for its prevalence and the legal aspect of it.

HRW’s ‘This Crooked System’ also revisits the high-profile murder of social activist Parween Rehman. Talking to HRW researchers, Rehman’s sister, Aquila Ismail said that the police was trying to shield the perpetrators, who, she believed, belonged to an influential political party.

She said, “After Parween’s murder, the cover-up by the police was intense and swift. When we returned from her funeral on March 14, we found out that the additional inspector general (AIG) had already held a press conference and claimed that they had killed the culprit in a police shootout… Whenever the police killed someone extra-judicially, they tried to claim that the person had been Parween’s murderer.”

The report also points out the unsavoury practice of the political elite to influence the ongoing investigations by the police and the culprits often get away scot-free.

Lawyer Asad Jamal raises the same concerns: “The colonial era police force was established to strengthen the hold of the colonisers. The same is true of the current system, where the ruling political party uses the police to further their own interests.”

Abysmal working conditions, long working hours, lack of proper training and equipment are some of the reasons, HRW believes, contribute to the disastrous performance of the police.

HRW’s Asia Director says, “Working conditions and professional incentives for police officers need to improve. The police should have the resources, training, equipment and encouragement to act professionally, instead of leaving Pakistanis to rely on favours and bribes to seek justice.”

Asad Jamal maintains that lack of accountability is the biggest issue the police face right now. He says, “There is an internal accountability system but it does not work because the investigators happen to be colleagues of the accused; hence the system doesn’t remain impartial and transparent,” he says. 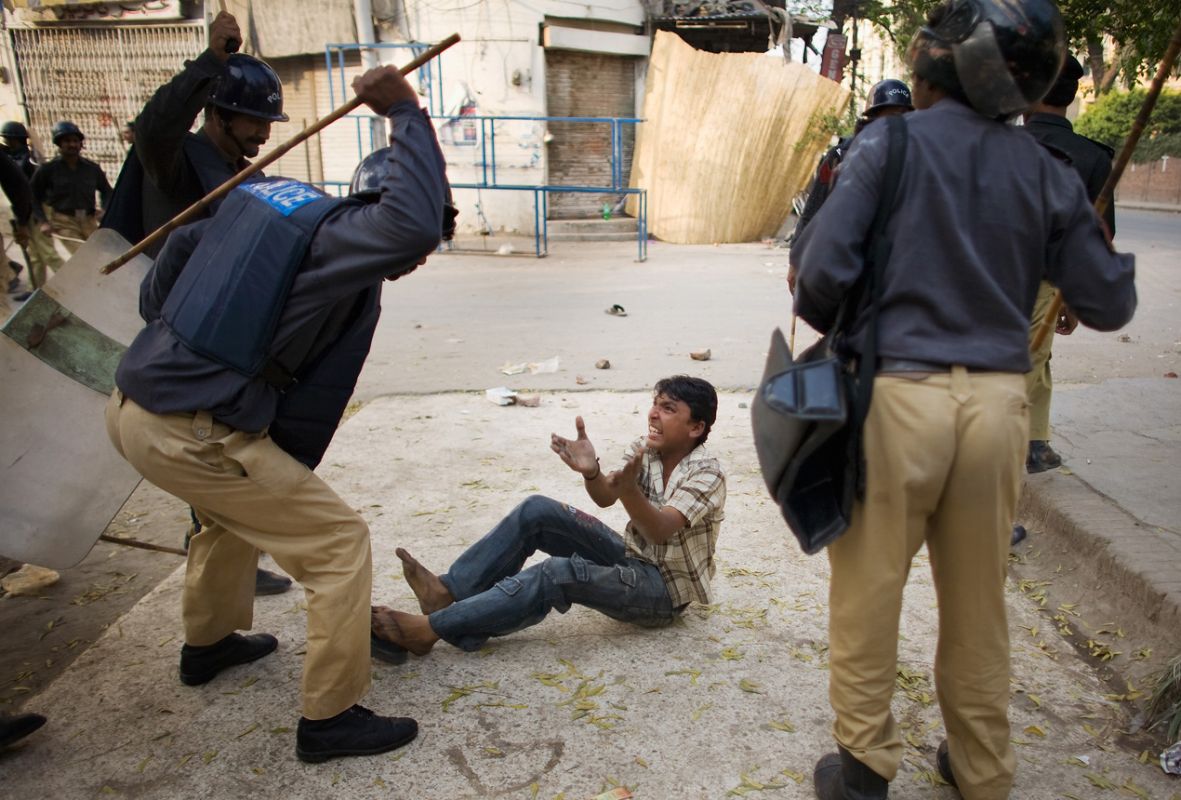 “An external body must be formulated to investigate the abuses committed by the police,” he insists, adding, “In the current system, many accused policemen are not even given the chance to defend themselves before they are convicted.”

Referring to the police model in England, where a constable can go on to become the police chief, Jamal says that it is a practice that is worth emulating. “In Pakistan, most police constables have to struggle to go beyond the first or second grade during the entire span of their careers, hence they lack the incentive to do their best.”

SSP Waqas Hassan, who is currently serving as DPO Mianwali, believes the police is more or less a reflection of the society we live in. He is of the view that certain issues need to be addressed with immediate effect: These include, “optimal utilisation of resources, including human resource, depoliticisation and immediate focus on processes, rather than the end result.”

Saroop Ijaz, Director HRW Pakistan, believes police reforms are critical to save the police system from further deterioration. “It is about time that the government takes policing issues seriously because the whole world is watching,” he says.