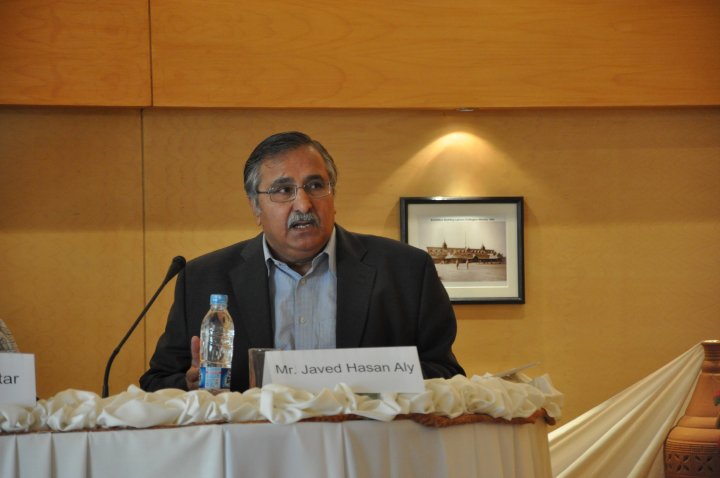 Is Pakistan a failed state?

This question has been debated ad nauseam with no definitive conclusion being reached. It has been conceded, though, that there is something wrong with the process by which public policy is formulated. Self-serving rulers — both civilian and military — have projected their style of governance as being democratic, whereas in reality, both have ruled with a heavy hand.

Take the case of education. It would seem strange that after the experience of formulating 10 education policies dating back to the very inception of the country in 1947 — none of which were fully implemented — the present government has failed to announce the eleventh policy which was due in January 2016.

In an attempt to understand what has gone wrong with policy-making in Pakistan, especially our education policy, I spoke to Javed Hasan Aly, a retired bureaucrat and senior consultant for the National Education Policy Review (2005-6). I came to know of him 10 years ago, when one of the most committed educationists in Pakistan, the late Anita Ghulam Ali, sent me a White Paper on Education, authored by Hasan Aly in 2006. I still consider it the best piece of writing on the education system in Pakistan. At that time I wrote three ‘News Comments’ on the White Paper for Dawn, which the then editor, Abbas Nasir, decided to carry on the front page — probably the first editor to give education that status on Dawn’s page one.

What happened subsequently is a story in itself. The federal education minister (a former ISI chief), who had been sent the White Paper but had not even bothered to glance at it, read Dawn’s comments. It jerked him into action because he found it too radical for his liking. In Hasan Aly’s own words, “The minister was taken by surprise. He ultimately disagreed with my privilege to make recommendations on the basis of a consultative process. He only wanted me to repeat his desires as recommendations. Since I was not ready to comply with that, the only option for me was to resign and disassociate myself from a process and policy I did not agree with. I was willing to be overruled, as that authority lay with the government, but not to stifle my convictions for the sake of a job. The minister was banking on my need to sacrifice my beliefs for financial gains, as I had retired a few months earlier and did not even own a house of my own at that time. But I am an incorrigible idealist to date.”

It’s not so much on the content of the White Paper that Hasan Aly prides himself, but the process through which it had passed to see the light of day.

With 40 years of experience as a civil servant, Hasan Aly has focused on public policy throughout his career and managed to produce remarkable turnarounds and creative incremental approaches on government issues, especially during his tenures as federal secretary, Establishment and Environment.

Javed Hasan Aly defines public policy — basically an American coinage — as whatever the government does. It is always driven by politics and some broad goals. From subjugation and consolidation of territory in ancient times, it has moved to expansion for economic activities and promotion of the role of the Church in mediaeval times. In modern times, colonial interests and the welfare state concept were the driving forces. In the post-modern state of today, Hasan Aly believes the guidelines are economic sustenance and the environment.

However, in Pakistan today, demand/supply, as perceived by the rulers, and the internal/external environment drive state policies and not the needs of the people. This is the case with all policies, ranging from security and foreign policies to economic and social sectors. Naturally all of these have a symbiotic relationship with one another and any move on one front creates an impact on the other. Giving an example of how widespread the repercussions of the security policy can be, Hasan Aly points out that it can crowd out investment in all other sectors.

This explains why our education policies have been such a disaster. Education has never been a state priority; it has been subordinated to all the other perceived needs. It is not just the money to be invested in education, but also its ideological indoctrination that is determined by the security and foreign policy needs of the country. All this has led to low education levels.

Instead of being need-based, with the needs being articulated by public representatives and education stakeholders, policies have been supply-driven. In other words, rulers have drawn up policies on their personal whims.

While working on the White Paper, Hasan Aly developed innovative and unprecedented participatory techniques to produce a comprehensive and inclusive document on education. On account of this approach, the civil-military nexus and the muted parliament could be bypassed and distortions in priorities avoided.

He feels that Pakistan’s failure to make public policy-making an evolutionary and proactive process has caused a lot of damage. This is most evident in the field of education.

According to him, the White Paper sought to assess the public demands and frame an education policy that was demand-driven. A conscious effort was made to delink education policy-making from dogma of one strain or the other, political considerations, perceived national integration or religious agendas. Another objective was to ensure social justice and economic development. It sought to ensure implementation and bridge the gap between governance and management, while striking a balance between resources and goals and capacity. For this, the White Paper drew up a well-defined and horizontally agreed road map for an evolutionary achievement of educational goals.

Since the rulers had no clear concept of what policy-making entails, it was left to Hasan Aly to draw up his own methodology. Earlier, he had done a lot of research on the subject when framing other policies — the Aviation Policy circa 1992, the Civil Services Reform Agenda 2002-2003 and the National Environment Policy, 2004-2005 — and consequently did not feel at sea with this assignment. “I formally articulated a meticulously designed process before starting the exercise. This sequential road map was conveyed to the government, including the federal education minister. They expressed no objections to it initially.” For him the process is more important than the product.

If only our policy-makers were to adopt this approach, it would lead to better results. Hasan Aly emphasises three major steps when embarking on policy-making, which he himself followed. First is the diagnostic stage, when the previous literature, policies and practices are reviewed in consultative meetings with stakeholders and local functionaries, followed by a conference at the national level.

Second is the prescriptive stage, when consultations are focused on issues and themes, with organisations also being consulted.

The third is the policy development stage, when the policy is actually developed on the basis of the information gathered. It also calls for developing an implementation strategy.

According to the author of the White Paper, he did not face any hurdles initially as he found the lower bureaucracy very cooperative. It facilitated his access to a variety of stakeholders. The trouble began when he moved up the ladder and political considerations came into play.

And that would explain why so many of our policies are inherently flawed. Javed Hasan Aly gives the example of our approach to taxation, where some basic commonsense principles have been sidelined. It is universally recognised that social justice demands that revenue collection should tax income rather than consumption as is the case in Pakistan, where the government imposes indirect taxes so heavily that only 35 per cent of the tax collected is income tax. In England, income tax constitutes 70 per cent of the revenues, while in the US this amounts to 60 per cent. In Pakistan, one wonders if stakeholders are even consulted when deciding on taxes?