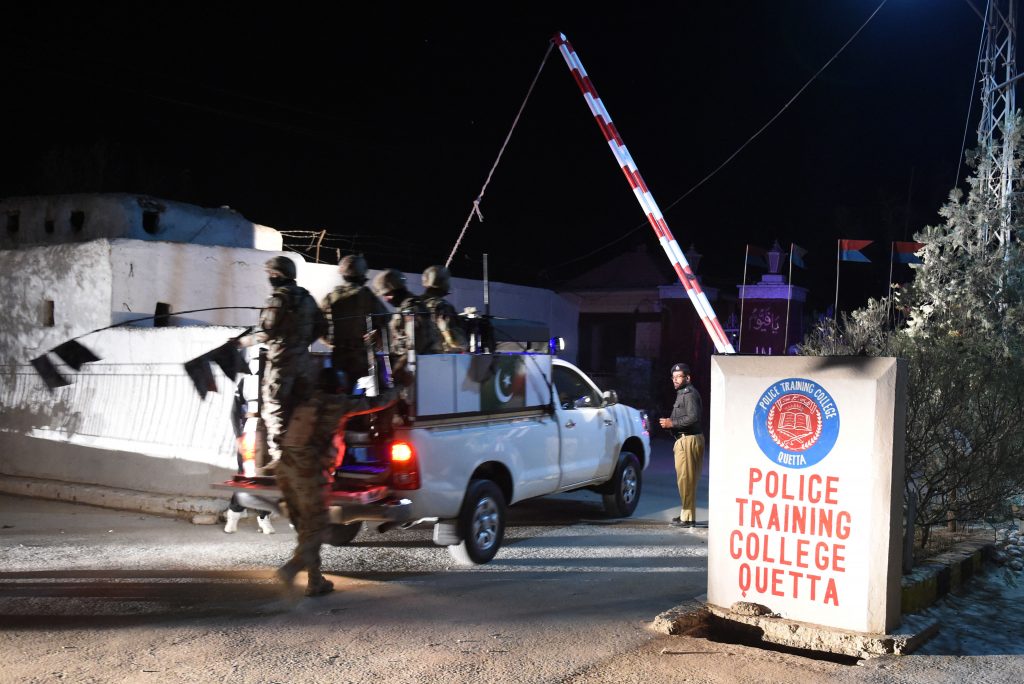 Around quarter past ten at night on Monday, October 24, three gunmen entered Quetta’s Police Training College through its front gate. The heavily armed militants had worn suicide vests underneath their shawls and headed straight towards the hostels, where over 700 recruits are lodged.

Following almost four hours of indiscriminate firing and blasts, 61 cadets were killed and over 100 wounded. Of the three militants, two had blown themselves up, and the third one was killed by the Frontier Corps (FC) troops.

“They entered the rooms, one by one. They went into one room and fired inside it, then they went into another,” cadet Hikmatullah told AFP. “People started running around, screaming, there was chaos. Some people were jumping out of windows, others were trying to climb out onto trees,” another recruit Zubair Ahmed adds.

The attack, which is the deadliest on a security installation in Pakistan’s history, was simultaneously claimed by the Islamic State (IS) and the Lashkar-e-Jhangvi (LeJ).

The Inspector General, FC, Major General Sher Afgan, says the militants belonged to LeJ’s Al-Alimi faction. “The communication that we have intercepted proves the LeJ Al-Alimi faction was behind the attack and they were taking instructions from Afghanistan,” he said.

“The operation began immediately after we received the call at around 11:10 pm. Four hours later, we had cleared 99 per cent of the area. The operation was finalised at dawn.”

Al-Alimi spokesman Ali bin Sufyan told Reuters that the group had “no direct link with Daesh (Islamic State), but we have done this attack together,” adding that, “We will provide help to anyone… against Pakistani security forces, and we will also accept help for this.”

Tehrik-e-Taliban Pakistan (TTP), which overlaps with LeJ, also claimed responsibility for the attack, saying that it was carried out, “on the instructions of Mullah Daud Mansour, a close ally of Hakimullah Mehsud and head of the Pakistani Taliban in Karachi.”

The Pakistani Taliban reiterated that the attack was in revenge for its militants who have died in Punjab’s ‘outside jails’ (possibly a reference to police encounters).

Balochistan government spokesperson, Anwar-ul-Haq, believes that IS’ claim proves Indian involvement in the attack. “They want to malign our country by saying that IS has emerged in Pakistan,” he says. “We all know who is behind the insurgency in Balochistan. But we will not let the enemies of Pakistan succeed in their nefarious designs.”

In a high-level security meeting chaired by Prime Minister Nawaz Sharif on Tuesday, October 25, ISI Commander Brigadier Khalid Farid said that the attack had been planned in New Delhi. “The plan was passed on to NDS (The Afghan Intelligence Agency), which then tasked LeJ with its execution,” he said. 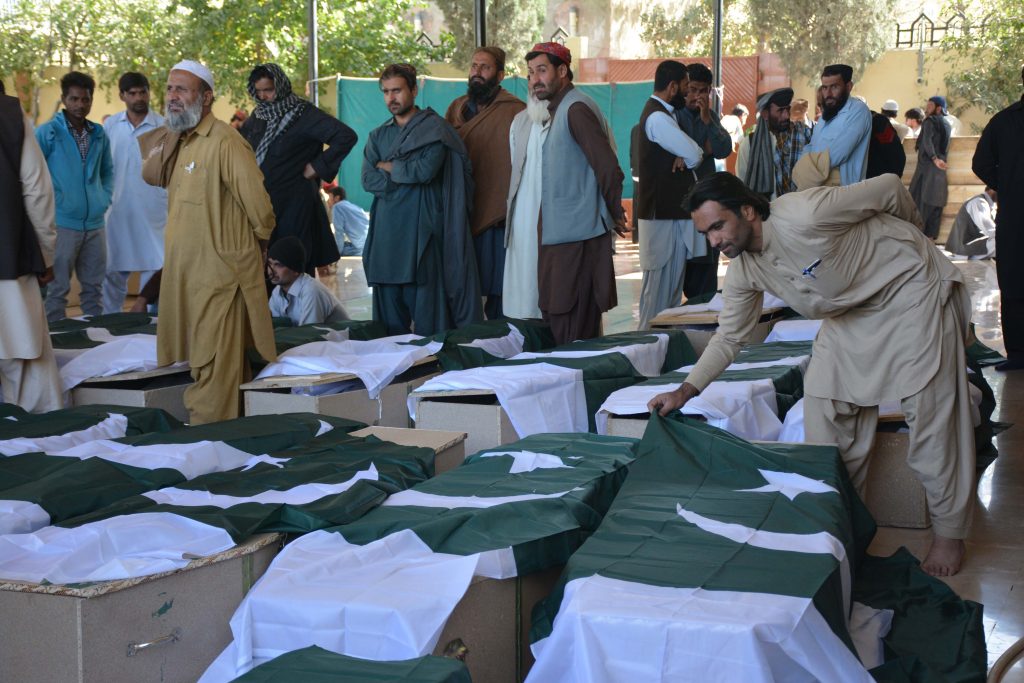 When contacted, another senior intelligence officer based in Quetta claims NDS has been heavily involved in escalating violence in Balochistan. “It is NDS that facilitates RAW operations, allowing the likes of Kulbhushan Yadav to penetrate Balochistan,” he says. “The biggest target of the RAW-NDS nexus is, of course, the China Pakistan Economic Corridor (CPEC). And the recent surge in attacks in Quetta highlights their desperation.”

The Balochistan Health Minister, Saleh Muhammad Baloch, says all facilities are in place to ensure that all those injured are properly treated. “There is no shortage of blood at the Civil Hospital Blood Bank. I’ve donated blood there as well,” he said adding that emergency has been declared in city hospitals and on-leave doctors have been summoned. “The Secretary Health is personally monitoring the hospitals,” he added.

In addition to Islamist terror attacks, and the foreign interference claimed by intelligence agencies, Balochistan has been the hub of a separatist movement as well, adding to the many fault-lines that have aggravated the security situation in the province. For many locals there is no cause or project more important than ensuring peace in Balochistan.

“We don’t care if they’re after a corridor, if they are religiously motivated, or if it’s a foreign country targeting Pakistan’s interests, we just want to live in peace,” says Saad Anwar, a local small-business owner. “We don’t want to know who was behind the attack, or what their greater target was, we just want to ask those responsible for our security what is being done to ensure peace in Balochistan and why are we failing?”

Another Quetta resident, Zulfiqar Akbar, says it is insulting to the victims whenever CPEC is mentioned as the intended target following attacks in Balochistan. “In August our lawyers died for CPEC, and now our young cadets. Is CPEC more important than human life? We don’t have to be martyrs for a road network,” he says. “We just want the bloodshed to stop. We don’t know who is pulling their strings, but we do know that the perpetrators of terror attacks in our country live in our country. If we get rid of them, any designs that foreign powers might have against Pakistan would be eliminated as well.”