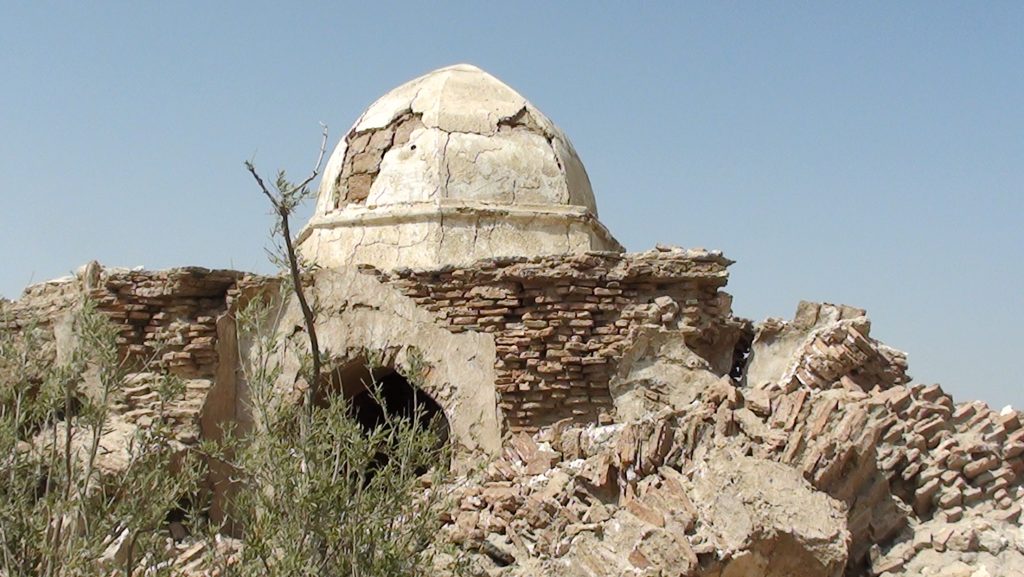 An important relic of the Samma Dynasty dating back to the 16th century, the Autaq of Darya Khan, a legendary figure in Sindh, is being vandalised by treasure-seekers, while the Sindh Antiquities Department looks on.

Darya Khan’s Autaq — a structure that serves as a public gathering space — is located at Gopang village in Jamshoro district, which was once a fairly busy rural railway station on the Kotri-Habibkot railway track. It is not far from the Indus highway and can be reached on foot. Built on elevated ground, with a wide-open space to the north, the construction material is typical of the time: lime, clay and brick kilns. The Autaq is situated almost midway between Thatta and Gaha. It is possible that the place might have been used as a resting place by travellers from either side.

Presently, it is a mound of rubble. Dr Badar Soomro, veteran human rights activist, who had visited the site in the late 1970s, has fond memories of it and says that the eastern side of the Autaq overlooked the Indus River. The western side was closed, perhaps to block the dusty summer whirlwinds. The artistic part of the building is its nine-domed ceiling. One of the domes is octagonal, another one is quadrilateral, and the rest are half circles. These domes are constructed in a manner that they appear to be hanging over the rooms. Except for the three rooms on the western side, the rest can be accessed through narrow lanes. Perhaps, this part was used by Darya Khan in the summers, because it remained cool and airy. Taj Joyo, an intellectual and Sindhi writer, adds that the other part might have been used in winter because it was closed from three sides.

Over the centuries, several legends have emerged about Mubarak Khan, popularly known as Dollah (hero) Darya Khan, who was a brave general of the Samma Dynasty of Sindh. A visionary statesman, he was an advisor in the court of Jam Feroz, the Samma Dynasty’s last ruler (1508-1524). 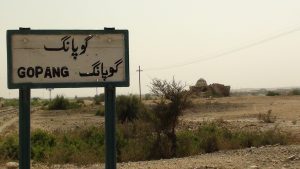 Darya Khan’s character remained wrapped in the narratives of folklorists till GM Syed’s book Sindh Ja Surma (Heroes of Sindh) appeared in the early 1970s. Syed elaborated on how Darya Khan’s political acumen may have planted the first seeds of nationalism in Sindh.

Darya Khan’s tribal affiliation remains a contentious issue — was he a Lashari Baloch or a Sammo? In the 1980s, historians Dr. Ghulam Muhammad Lakho and Dr. Azad Qazi published academic works (with proper historical references) that showed Darya Khan was a Sammo.

The dispute about his Autaq however, is not yet settled; folklorists, historians and archaeologists differ about its time period, building type, and strategic usage. However, Syed Hakim Ali Shah Bukhari, a well-known archaeologist maintains that the structure in question definitely belongs to Darya Khan, and says that he also supervised the construction of several water canals, one of which was Khan Wah, which existed till the construction of the Kotri Barrage. Khan Wah was used to irrigate the Sakro area in Thatta district.

Surprisingly, the inner and outer walls of Darya Khan’s Autaq do not have any illustrations or drawings although, according to Bukhari, it was the tradition at the time to draw images or inscribe some words from sacred texts or write something in praise of the king in all public structures.

Perhaps, this could be due to the fact that Darya Khan belonged to the Suhrawardiyya Sufi school of thought, which did not encourage adornment. He believed in pluralism and was greatly influenced by Makhdoom Bilawal (1451-1523), a Sufi saint of Sindh, who was ordered to be crushed alive in a seed grinder for opposing the Arghuns, who pinned blasphemy charges on him. 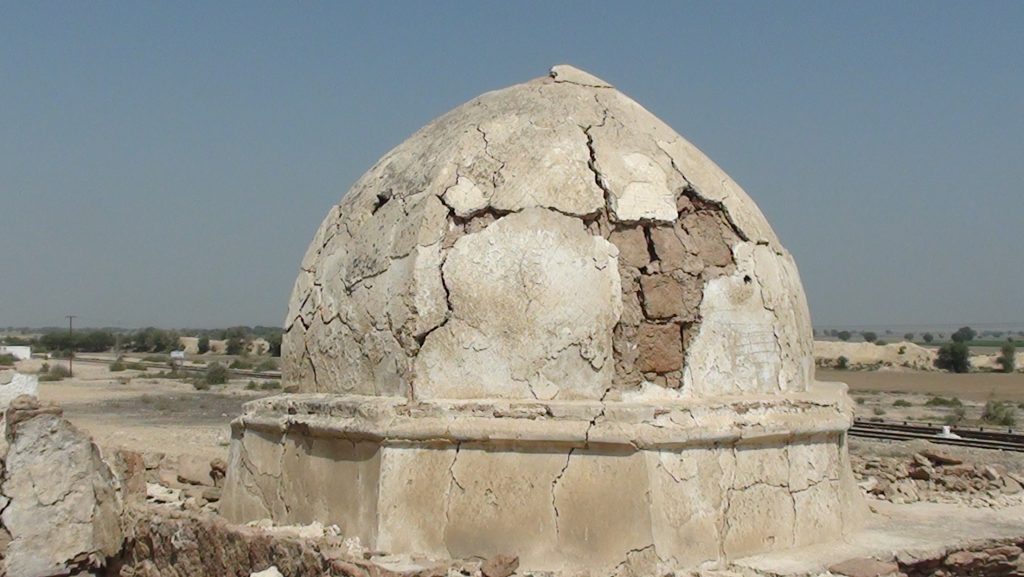 Historical records indicate that Darya Khan was a trustworthy aide and general to Jam Feroz, who was a weak ruler, prone to believing rumours and who preferred to remain in his harem, appearing only rarely in public. Darya Khan ran the state in his stead. This inspired enmity, so Darya Khan decided to withdraw and settle in his jagir in Gaha in present-day Jamshoro District. However, when another prince tried to capture the capital, Jam Feroz along with his mother, Madina Machchani, went to Darya’s jagir to persuade him to fight for them, which he did, and succeeded. Later, however, it is alleged that Jam Feroz’s mother conspired with Shah Beg from Kandahar in Afghanistan to kill Darya Khan in an encounter at Khan Wah, near the canal he had built, in 1521.

It is rumoured that before the defeat of the Sammas, Darya Khan was entrusted a treasure which he buried at his Autaq. But no one has found anything so far. However, locals say that often, after the wheat-harvesting season, a team of pirs/faqirs comes here every year or two, and makes use of the full moon to carry out digging in the area. Legend has it that the underground treasure is guarded by some dragons who move it from one place to another in cauldrons. If this plunder and destruction is allowed to continue, soon the structure would be dismantled completely in the hunt for the treasure. 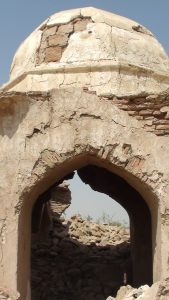 The Samma dynasty, from the mid 14th to early 16th century, is important historically. However, after the passage of the 18th Amendment in 2010, archaeology and antiquities have become provincial subjects. But the government has not taken any serious measures to list the historical structures which are spread all over Sindh. The Sindh Antiquities Department’s website states that one of its senior officials has surveyed 800 archaeological locations. However, according to independent scholars, there are 1800 such sites, which means that the number of missing locations is quite big.

Ishtiaq Ansari, a Sindhologist, says that the Autaq is definitely of the Samma period and it should be restored on a priority basis. He asserts that while several Mughal and English structures have been found, structures of the Samma period are hard to find. Ansari, who has an engineering background, maintains that if this desecration is allowed to continue, coupled with climatic changes — atmospheric pollution and the like — the Autaq will crumble very soon. This will be a great loss as Darya Khan’s Autaq is the only known secular structure of its time.