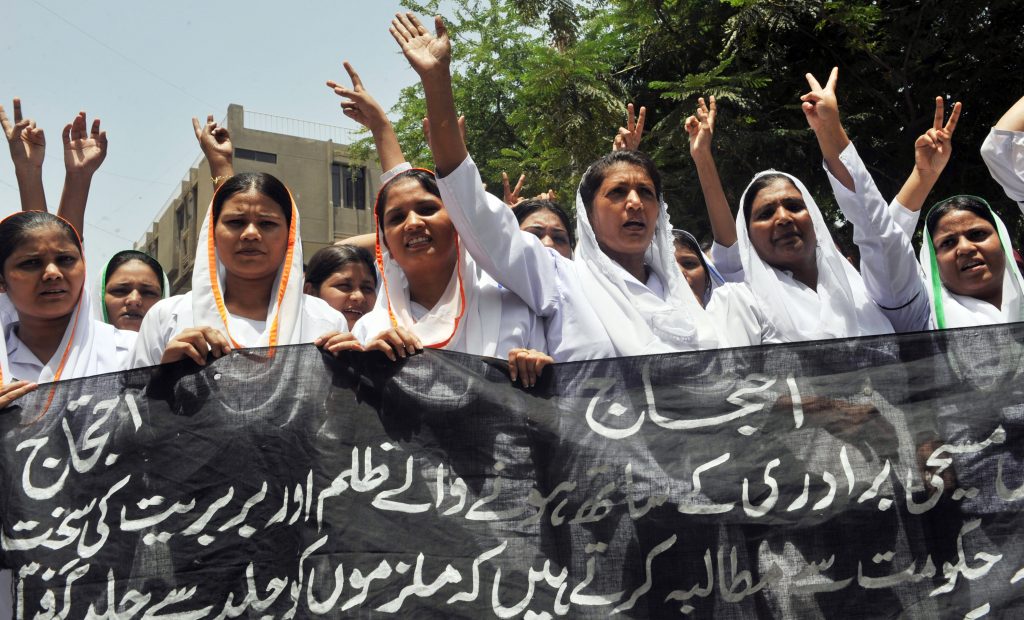 Justice Iqbal Hameedur Rehman’s decision to recuse himself from the hearing of the Aasia Bibi case wasn’t, unfortunately, unexpected. That he left the announcement till after the hearing had begun, however, raised many an eyebrow. After all, he would’ve known the fact that he had “earlier heard the murder case of former Punjab Governor, Salmaan Taseer,” the moment he was finalised for the three-member bench for the Aasia Bibi case. Was it because Lal Masjid had issued an open threat against Aasia Bibi’s acquittal a day before the hearing?

In June 2009 when Aasiya Noreen, better known as Aasia Bibi, sipped water from a bowl while harvesting a falsa crop in Ittan Wali, she inadvertently set a train in motion that has directly resulted in two high-profile killings and a judicial execution, and put a question mark over the state’s ability to coexist with its blasphemy law. After the murders of Salmaan Taseer and Shahbaz Bhatti, and Mumtaz Qadri’s conviction and execution, if Aasia Bibi is judicially executed, the inertia against the much needed reform of the blasphemy law might become unassailable.

The verdict on the Aasia Bibi case isn’t just about the life of an individual or the alteration in the Penal Code. The future course of the country is linked to the fate of one woman.

In a world where capital punishment is being eliminated, Pakistan is looking to execute an individual over an unsubstantiated accusation of a crime being committed. With sections 295-B and 295-C of the Pakistan Penal Code (PPC) already upholding the sanctity of one religion over all others — by sanctioning the death penalty only for insulting Islam — executing a Christian woman for blasphemy in the country, would further marginalise the religious minorities in Pakistan. And with the nascent democratic stability already under threat from multiple quarters, blatant discrimination along religious lines will further discredit democracy in Pakistan. 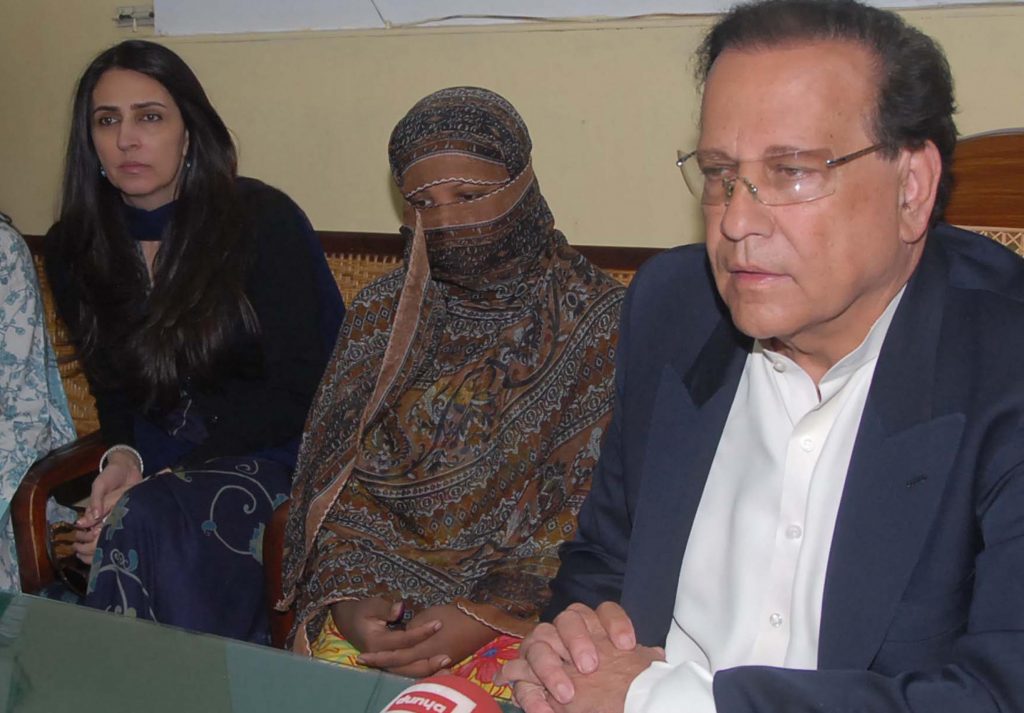 But how did we reach a point where Aasia Bibi’s execution has become a daunting possibility, when only eight months earlier, Salmaan Taseer’s assassin, Mumtaz Qadri, was hanged to death? Surely, if the state can take an unpopular decision of that magnitude, releasing Aasia Bibi — another unpopular verdict — would have been the next logical step. The answer lies in the contrasting political climates.

The PML-N government had taken visible stands against religious extremism in the lead up to Mumtaz Qadri’s execution in February. In November 2015, Nawaz Sharif became the first Pakistani Prime Minister to officially celebrate Diwali with the local Hindu community. The next month, the Punjab Police was ordered to remove anti-Ahmadiyya hate literature from Lahore’s Hafeez Centre. Similarly, the Punjab Assembly passed the Women Protection Bill, which the religious clerics virtually unanimously deemed ‘un-Islamic.’ And while January’s Charsadda attack had been a glaring exception, militant attacks in the country were at their lowest for nearly a decade.

The ruling PML-N government was in a much stronger position in February, having swept the local bodies elections in Punjab and won the crucial by-elections, spearheaded by National Assembly Speaker, Ayaz Sadiq’s triumph in NA-122.

But a lot has changed since then.

First, the Panama Papers in April and then, the civil-military tussle over the India policy amidst turmoil in Indian-administered Kashmir has put the PML-N government on the back foot. With the Army Chief Raheel Sharif scheduled to retire this month, amidst PTI Chief Imran Khan’s call to shut down Islamabad, the government is under as much pressure as it has ever been since the 2014 long marches.

With reports that the PTI has been looking for the support of the religious parties to further up the antÃ© in the capital, releasing Aasia Bibi under these circumstances would’ve resulted in an unprecedented backlash for Nawaz Sharif.

There is little doubt that both the PPP and PML-N, in their respective tenures, have wanted a safe passage out of Pakistan for Aasia Bibi. But neither has been able to translate that intent into implementation, with there being serious concerns over Aasia Bibi being made the scapegoat for political mileage.

It was virtually two years to the day when the Lahore High Court (LHC) had upheld Aasia Bibi’s death penalty (October 16, 2014) originally issued by a Sheikhupura district court, that Justice Iqbal Hameedur Rehman recused himself from hearing the appeal.

On July 22 last year, the Supreme Court suspended Aasia Bibi’s death sentence for the duration of her appeals. The final verdict now rests with the apex court, with the presidential pardon being the only remaining alternative.

Now that the appeal is unlikely to be heard before 2017, can the ruling party afford the release of Aasia Bibi in the year before the general elections? With both the PML-N and PTI scampering for the Islamist parties’ support in the lead-up to the elections, religious moderation and tolerance could be sacrificed at the altar of electoral gains.

The civilian leaders hobnobbing with the likes of Sami-ul-Haq and Ahmed Ludhianvi have already rubbished any and every clause of the National Action Plan, and all talk of the government planning to take indiscriminate action against jihadist groups is mere hogwash.

If Aasia Bibi is sent to the gallows, as Nawaz Sharif clutches at straws to ensure that he completes at least this term, it might just be the darkest of the innumerable dark hours in Pakistan’s history.