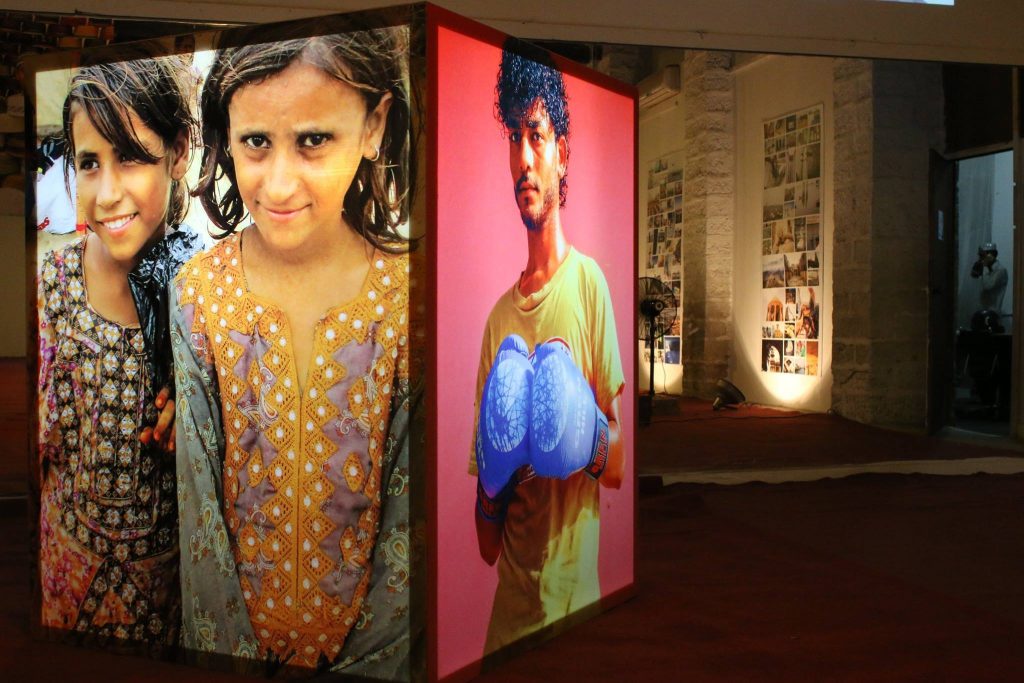 On October 22 and 23, a project that took six months in the making, finally saw the light of day. Yeh Hai Karachi exhibited the works of 372 participants from all six districts of the city. Organised by The School of Writing and held at the Commune Artist Colony, the result of the endeavour was certainly worth the wait.

On the first day of the exhibit there was a panel discussion about the venture, which was moderated by Danial Shah and Basil Andrews. The panelists included renowned White Star photojournalist, Arif Mahmood, fine arts photographer Farah Mahbub, and filmmaker and photographer Madiha Aijaz.

According to Zainab Mustansir, who was part of the project since its conception, the impact of this initiative cannot be measured in terms of statistics. There was huge enthusiasm for this project, she says, among all the participants and organisers. And that was the very idea: that via Yeh Hai Karachi a common denominator could be found between people of all ages and of all social and financial tiers, thereby rendering a unity through shared lived experiences. Having the images exhibited and seen by as wide an audience as possible, was one of the main aims of the show. The hope: that the lives of the marginalised, framed in the photos, could be somehow validated. And all this through the power of photography. 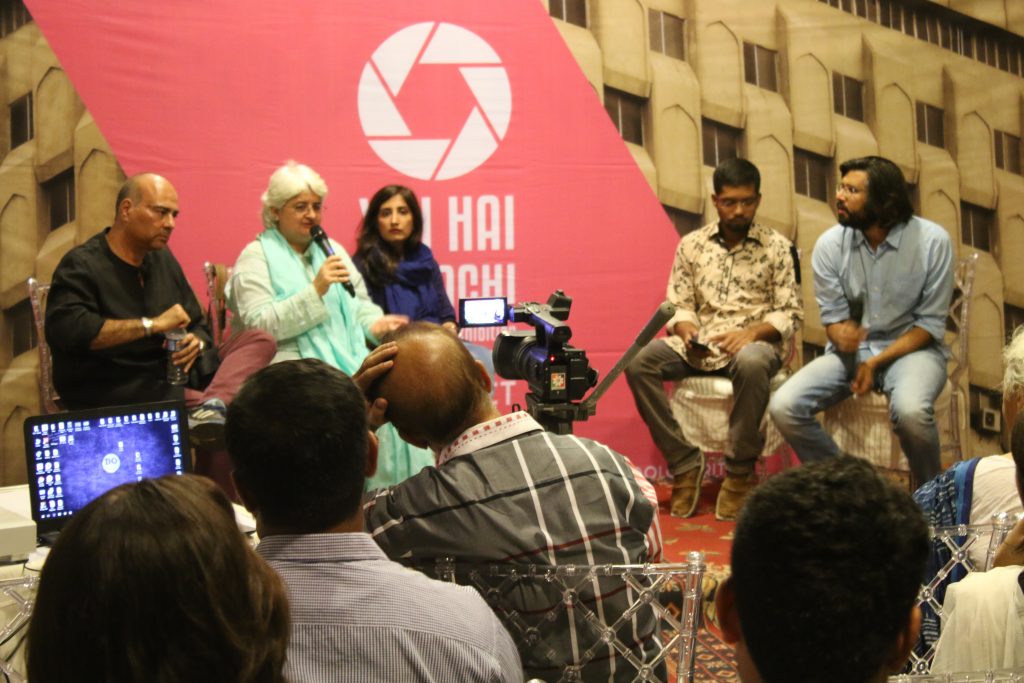 On the second day of the event there was a tour arranged by the organisers for the children involved in the programme to be taken to iconic locations in the city and to be given the tools to photograph them. In the evening, Rumana Husain read from her book Street Smart, in which she catalogues and celebrates the professions being pursued on the city streets, but at the same time rues that the streets of Karachi are not being reclaimed by its youth.

Waqar Ahmed, who contributed a photograph as well as a short film to the occasion, was delighted to be part of the process. An engineering student, he said the charm of photography also held his interest, and that he would love to pursue it as a passion. In a city that is usually seen as home to relentless conflict, and to deep schisms, this photo and film exhibition proved that art has a way of bridging even the most deep-seated divide: that of socio-economic disparity.