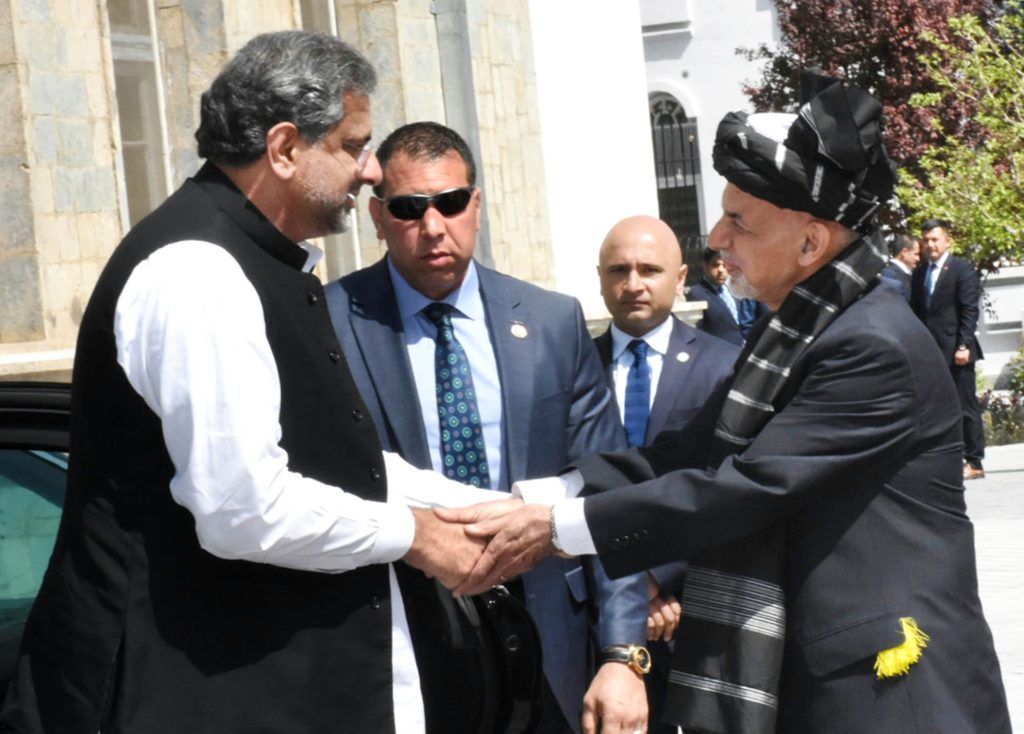 Pakistan has been one of Afghanistan’s largest trading partners. And understandably so. The two countries are closely intertwined — they share a history, culture and are geographically and economically interdependent. However, several internal and external factors have led to a drop in trade in recent years.

The arrival of NATO troops in Afghanistan in 2001 led to a surge in the volume of bilateral and transit trade. Pakistan’s exports to Afghanistan witnessed a rising trend, reaching a maximum of $2.3 billion in 2011. But the same year, US-led NATO helicopters attacked an army checkpost in Salala, in  northwestern Pakistan, killing 28 troops. This prompted Pakistan to shut down the supply route for NATO forces in Afghanistan. The track was reopened in July 2012, following an apology by then US Secretary of State, Hillary Clinton.

The volume of trade has seen a downturn in almost all sectors, except chemicals, dairy products, foodstuffs and machines.

At first, this was primarily due to the suspension of supplies — including oil — to NATO forces in 2011. Pakistan was exporting subsidised petrol, high speed diesel and jet fuel to NATO troops. The move was followed by a decrease in aggregate demand and purchasing power, after a major withdrawal of NATO troops from Afghanistan in 2014 — from 140,000 in 2011 to a 13,000-strong residual force for training and counter-terrorism operations — and a fall in international funding for development projects.

Indefinite border closures during periods of  political upheavals and security tensions in the AfPak region have also led to a decrease in exports.

Bilateral relations between the two nations have soured drastically. They accuse each other of providing sanctuaries to militants who carry out cross-border attacks. “In the last fiscal year, the border was closed several times, shattering the confidence of traders and people across the border,” says Zubair Motiwala, President of the Pakistan-Afghanistan Joint Chamber of Commerce and Industry (PAJCCI).

Pakistan closed the Torkham and Chaman border crossings after the February 2017 suicide attack in Sehwan, which was followed by a string of attacks in the country. Islamabad blamed the Afghanistan-based Jamaat-ul-Ahrar, a splinter group of the Tehreek-e-Taliban Pakistan.

Earlier in 2016, Pakistan had shut the Torkham crossing after deadly clashes in the area. Similarly, the Ghulam Khan Border in North Waziristan was closed in 2014, following a major military operation in the region. It reopened in March 2018.

Syed Mazhar Nasir, Senior Vice President of the Federation of Pakistan Chambers of Commerce and Industry (FPCCI), maintains that the decrease in exports was largely because measures defined in the Strategic Trade Policy Framework 2015-18 — such as the opening of a railway line with Afghanistan  — were not implemented. “It seems that exporting to Afghanistan is not a priority anymore,” he says. “The country was Pakistan’s second-largest export destination after the US until 2011, but now China has acquired this position, followed by the UK and Germany.” 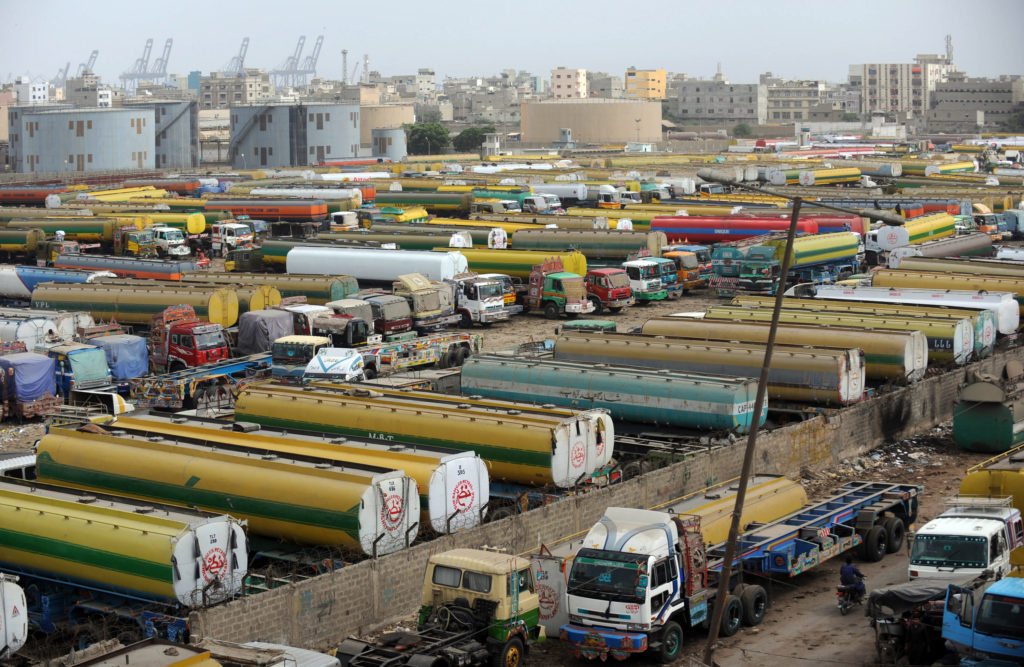 Poor border infrastructure only adds to the problem. The Asian Development Bank (ADB) is working with Pakistan to upgrade this, in an attempt to reduce cross-border processing time for goods. According to the ADB website, on a “typical 500-kilometre journey by a 20-tonne truck, more than three-quarters of the total stopping time… occurs at border crossing-points.” Besides, Afghanistan criticises Pakistan for levying heavy duties on edible items — a hindrance for its exporters. Kabul, too, has imposed high tariffs on Pakistani products such as juices, cement, pharmaceuticals and PVC pipes.

The difficult neighbours, hence, have opted for alternative routes and new trading partners. While Pakistan, as part of the China-Pakistan Economic Corridor, is working on gaining access to Tajikistan, Afghanistan has expanded its trade route to Iran’s Chahbahar Port, which has financial backing from India, and is often termed an alternative to Karachi and Gwadar ports.

India, the fifth-largest bilateral donor in Afghanistan, has poured more than $2 billion into the country since the Taliban were ousted from power in 2001, according to AFP. The two major projects carried out under India’s development partnership are the $290 million Salma Dam in Herat province, and Afghanistan’s new parliament complex in Kabul, built an at estimated cost of $90 million.

Data shows that Iran is now Afghanistan’s largest trading partner in terms of exports, followed by the UAE and Pakistan. Meanwhile, India, China, Uzbekistan and Turkmenistan are also finding greater trading space in Afghanistan, thus increasing their share of exports.

“Iran’s facilitating policies are vital in obtaining the maximum share of the Afghan transit pie, whereas India, Turkey and China are plucking chunks of the trade market,” says Motiwala. Consequently, Pakistani items are being replaced with Indian, Chinese and Iranian exports in Afghanistan — Iranian cement has seized much of Pakistan’s market share. According to the PAJCCI chairman, Afghanistan wants India to be included in the trilateral arrangement.

Under the 2010 treaty, Afghan trucks transport goods via a land route to the Wagah border, but are not allowed to transport Indian goods to Kabul. Consequently, Kabul unilaterally declined to attend the 7th Afghanistan-Pakistan Transit Trade Coordination Authority (APTTCA) meeting scheduled in October, 2017. The forum was established to deal with problems that hindered the smooth implementation of the revised transit treaty.

Prime Minister Shahid Khaqan Abbasi made his maiden trip to Afghanistan last April to hold talks with the Afghan President, Ashraf Ghani, with the intention of easing strained ties between the neighbouring countries.

The leaders discussed peace and reconciliation in Afghanistan, counter-terrorism, the return of Afghan refugees, bilateral trade and regional connectivity, and “reaffirmed their resolve to work together to address issues of bilateral and transit trade,” according to a statement issued by Pakistan’s Foreign Office. “They also expressed their firm resolve not to allow politics to affect their economic relationship.”

As a follow-up to the visit, a meeting between an Afghan delegation – led by the Deputy Minister for Commerce, Kamila Sidiqi – and Pakistan’s Commerce Secretary Younus Dagha, was held in Islamabad on May 8. According to a press release issued by the Ministry of Commerce, both sides agreed that they would work to overcome existing challenges through increased interaction and extended facilitation.

Consequently, the federal cabinet’s Economic Coordination Committee, gave them approval for the exemption of regulatory duty on the import of dry and fresh fruits, as well as vegetables. “We have proposed 12 items on which regulatory duty should be revisited,” says Dagha. Referring to the impending APTTCCA meeting, he added, “We have told them that the APTTCA is an important forum which has resolved issues in the past as well, and that problems won’t pile up if regular meetings are held.”

The commerce secretary claims that the situation is getting better and that bilateral trade between the two countries increased by 35 per cent in FY2017-18. “We are facilitating our Afghan counterparts… our border closure issues are being resolved whereas their [Afghanistan’s] demand is also rising,” he says.

Pakistan is the first country in South Asia that has implemented the Trade Facilitation Agreement. It has also signed the TIR Convention (The Convention on International Transport of Goods Under the Cover of TIR Carnets), “to simplify and harmonise the administrative formalities of international road transport.”

Besides formal trade, a large part of the flow of goods to and from Afghanistan is informal. Consequently, Pakistan has started fencing its long and porous border with Afghanistan. Once the fencing is complete, it will stop the smuggling of drugs and weapons and other goods, thus increasing the overall volume of trade.

There must be a revival of meetings between officials to realise the full potential of trade. This would
improve bilateral relations and build trust between the two countries. “Ideally, Afghanistan and Pakistan should keep politics and commerce separate,” says Wakeelur Rehman, a Karachi-based journalist. “However, this is not easy.”