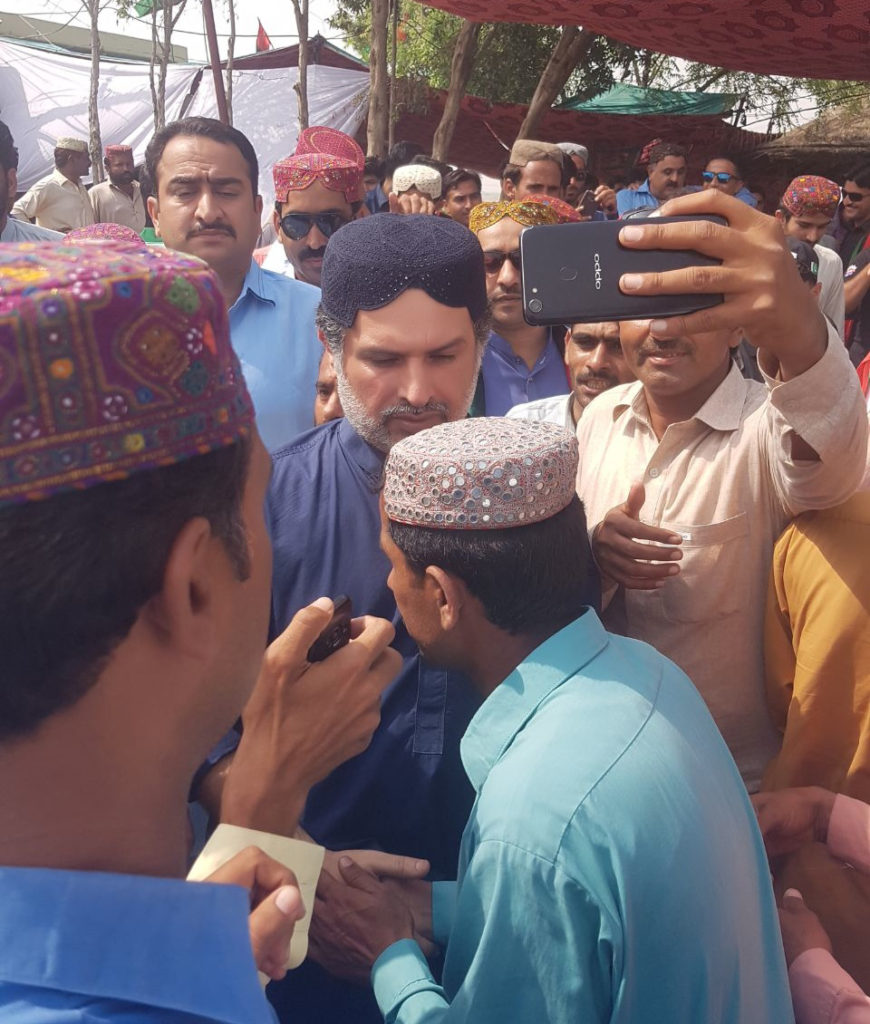 Can the heirs of politicians in Pakistan move out of the parental shadow? Or are they here to reinforce what poet and journalist Hasan Mujtaba describes as “the falling walls of the fortress of feudalism?” Their western education runs in stark contrast to the values and rigid social codes they observe on their home turfs. Does their presence augur change, or merely more of the same?

Members of political families won a total of 121 seats in the National Assembly in the 2013 elections, according to data compiled by Dr. Ayesha Ali at the Lahore University of Management Sciences (LUMS). Of these, 75 were from Punjab, 30 from Sindh, 11 from Khyber Pakhtunkhwa, 2 from Balochistan, 2 from FATA and one from Islamabad Capital Territory.

A study on dynastic politics in Punjab conducted by Ali Cheema, Farooq Naseer and Hassan Javid for the Institute of Development and Economic Alternatives (IDEAS) in 2013, found that non-dynastic candidates who entered politics, went on to form political dynasties of their own. According to the research, “The emergence of a new pool of politicians… may only result in the replacement of one set of dynastic families by another.” The study also dispelled the belief that dynastic politics is predominantly a product of the land-owning classes.

“People come into politics to become Zardari,” says Hasan Mujtaba, who believes that many contest elections to recover and multiply the expenses they incur. He recalls the words of his friend, the late Jam Saqi, who said, “Whether you are in politics or the heroin business these days, the margin of profit is the same.” Mujtaba cites Bilawal Bhutto-Zardari as an example of a scion who needs to break away from the influence of his “illustrious” father. Will they rebel against the old order?

Squires of families that have been in parliamentary politics since the days of undivided India see things differently. “Our source of income has always been our agricultural lands, so we are not in politics for the money,” says former PPP MNA Mir Shabbir Ali Bijarani, son of veteran politician, the late Mir Hazar Khan Bijarani, who began his political career at the grassroots level in 2001 as District Nazim Jacobabad.

Ahmad Shah, son of former MNA and Tehreek-e-Istaqlal member Nusrat Ali Shah and grandson of Syed Inayat Ali Shah (a founder member of the Muslim League), had no intention of entering politics. He returned to Jahania Shah, his ancestral village in Sargodha district, after completing an MSc in Cardiff University, to manage the family estates.

He quickly learnt that helping the locals was part and parcel of being an agriculturalist in Pakistan. And so he was compelled to enter politics — for the sake of survival. Ahmed found it difficult to ignore the injustice he saw around him, to which the police was a party. “You cannot help the people of an area unless you are in power,” he says. On July 25, he will be contesting from NA-92 (Sargodha V) as an independent. 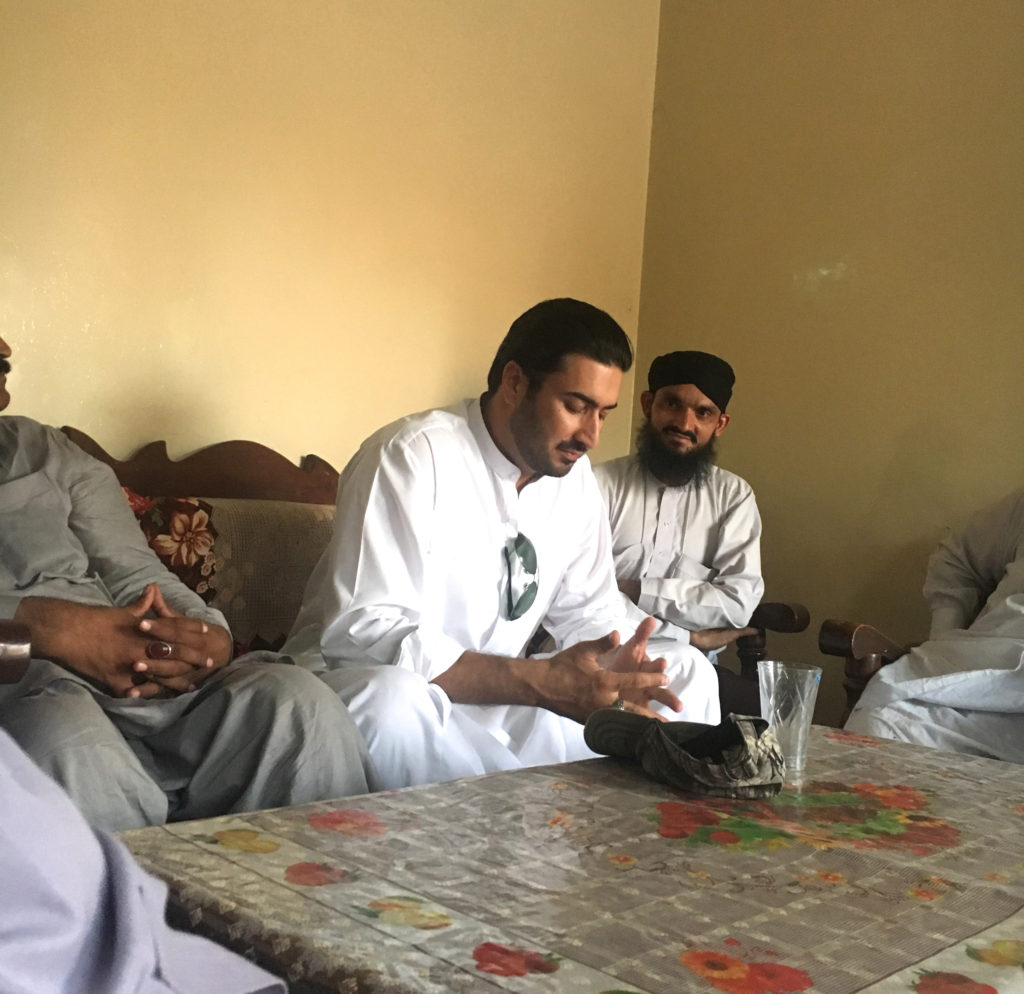 Ahmad belongs to a generation of landed gentry that has limited financial means compared to some of the new entrants in the game.

“There is a tendency to think heirs have it easy,” says Faraz Shaikh, son of former PPP MPA Imtiaz Shaikh and a former Councillor of Shikarpur Municipal Committee. The 33-year-old foreign graduate is not a part of the country’s landed elite. His father, a former bureaucrat, had insisted that his first foray in politics — two years ago — be in the local government.

On call 24 hours a day, he mingles easily with political workers in the 9,000-strong Ward 9 of the Shikarpur Municipal Committee and is able to relate to the youth.

Faraz agrees with his father’s decision to part ways with the Pakistan Muslim League-Functional (PML-F) in August 2016 and join the PPP. According to him, the PML-F was not evolving with the times. Pir Sadruddin Shah Rashdi, a former MNA and brother of Pir Pagaro, had gone on record to say that his was a party of pirs and mureeds.

According to Mujtaba, young or old, the Pagaros, Magsis, Mahars, Lunds and Chandios do politics like the warlords of Afghanistan. He refers to the murders of three Mehar-based dissident Chandio tribesmen — UC Baladai chairman Raees Karamullah and his two sons — in January 2018, as a case in point. Former PPP MPA Sardar Khan Chandio and his foreign-educated brother, Burhan Chandio, a former special assistant to the Sindh chief minister, were nominated in the FIR for having instigated the murder. “They remain untouched,” he says. The wadero-police nexus prevails. In response, hundreds of angry activists and members of civil society staged a dharna on the Indus Highway at Mehar, on June 3.

One of the victims, Karamullah Chandio, was an educated man and a tumandar of his tribe, explains Naudero-based journalist Rahmat Bhutto. “He was not in the PPP and it was no secret that he had refused to bow down to Sardar Khan.”

There is a tendency among landowners and politicians to behave differently in their autaaqs and ketis than they do in Karachi or Islamabad. Sports Minister and fashion icon Muhammad Bux Mahar, who is featured on the fashion pages of local English dailies, still makes people sit on the floor, says Mujtaba. Sardar Wahid Bux Bhayo, on the other hand, may be a graduate of the University of California, but his fiefdom, Jagan, in Shikarpur district, resembles the Wild West.

Even the dynastic politics of the Bhuttos, who have been returning to assemblies since the days of the Bombay Legislative Council, “from Sir Shahnawaz Bhutto down to Benazir,” remain the same, he continues, adding that haris working on Benazir’s lands owed her large sums in loan repayments (taqaavi) at the time of her death. Meanwhile heirs that have permanently shifted abroad and yet continue to live off the income from their lands, “are bigger hypocrites than their ancestors.”

The people of rural Sindh evaluate political and landed scions based on how ‘social’ they are. The English term is used as an indicator of affability and willingness to engage with a cross-section of society. “Unfortunately, not even 30 per cent of the heirs are ‘social,’” says Rahmat. They are taught in their families to emulate their predecessors.

“While it is natural to follow in one’s parents’ footsteps, success in any profession has to be earned,” says Barrister Hasnain Mirza, a former PPP MPA and son of Doctors Fehmida and Zulfiqar Mirza. He may be a product of a hereditary political lineage, but it is not something he is a proponent of.

After a 13-year stint in the UK, where he attended Glenalmond College and St Peter’s School, Mirza turned down an offer from a law firm and returned to Pakistan in 2008, contrary to his family’s wishes. He was elected to the Sindh Assembly from Badin in 2011, after his father stepped down as MPA. The eloquent 35-year-old hopes to effect change from within.

Mirza accepts the fact that his entry into politics would have been far more difficult had he not come from a political family. It is something he would like to see changed.

Change is inevitable according to Mujtaba. If it is not possible in 2018, it is unstoppable in 2023, he argues. Even Mir Shabbir Bijarani admits, “One cannot rule forever.” 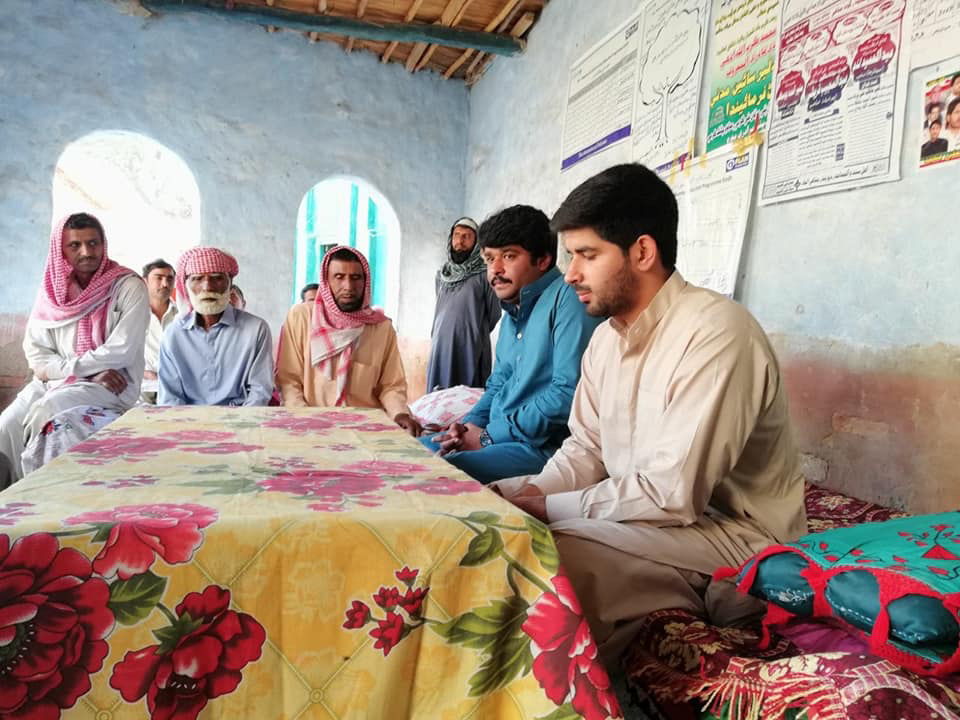 “People are now asking questions they had traditionally never thought of asking,” says 26-year-old Shahnawaz Jatoi, nephew of Ghulam Mustafa Jatoi. Social media and the internet have exposed a lot of what is wrong with politics in Pakistan.

Shahnawaz, who graduated from the CASS Business School of City University with first class honours, returned to Pakistan after having been in the UK for six years. He believes the country is entering a new era of politics — one in which merit holds more weight. “I am among the first generation in my family to experience such a political environment.” Shahnawaz lacks his contemporaries’ sense of entitlement, which he dismisses as “a fast-track to complacency.” He will be contesting on June 25 from PS-36 (Naushahro Feroze IV) on a PTI ticket.

When Hasnain Mirza’s parents began their political careers, the modus of communication was usually one-way — from leader to public, via print and electronic media. Today, social media has enabled a two-way conversation. People in Mirza’s constituency are able to communicate with him easily. He feels politicians in Pakistan need to be more responsive to the feedback they are getting.

Mujtaba, however, maintains that although every citizen using social media has become a journalist in his or her own right, “socio-political engineering manipulated by feudal politics in Sindhi society, with the help of the military, or quasi-military mechanisms, remains intact.” The study conducted by Cheema, Naseer and Javid indicates the same for Punjab — that “Military rule actually appears to perpetuate dynastic politics,” and that over a third of Punjab’s current political families entered politics in the elections of 1985.

Mirza, who knows the Constitution like the back of his hand, does not doubt the fact that Pakistan’s political system, inherently flawed, is in need of a significant overhaul. He cites Article 25A on the accessibility of education, and Articles 37 and 38 on doing away with social evils and pursuing social justice. “It’s all there — on paper — as far as I am concerned,” he says, adding that his ambition is to see it put into practice.

According to him, Pakistan’s district-wise performance in achieving the Sustainable Development Goals 2015-30 reveals an interesting trend. “The constituencies that have explored alternate political options are higher achievers on the Social Progress Index,” he says.

Yet attempting to bring about change from within the political system may prove limiting.

“The most interesting and influential new political faces are operating out of mainstream political parties,” says novelist and journalist Mohammed Hanif. “People like Nighat Dad and Farieha Aziz have done more for progressive legislation in Pakistan than many veteran politicians.” According to Hanif, the late Sabeen Mahmud provided an effective communication platform for sensitive political subjects — ones that politicians were not comfortable talking about.