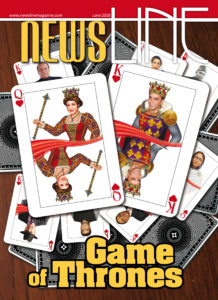 The PML-N government has notched up an impressive score. But who will implement these policies is a moot point?

The Prime Minister was in a particularly generous mood before he signed off. Besides appointing his family friend and business partner as ambassador to a key post — Pakistan’s ambassador to the US — he decided to bestow his minions with a “parting gift” as well. An honorarium of three months basic salary to all federal government employees, which is expected to cost the public exchequer a whopping Rs. 25-30 billion. If this favour is extended to army personnel as well (which is very likely), the figure could climb up to Rs. 75 billion.

And that’s not all. The President’s salary has been doubled from Rs. 450,000 to Rs. 846,550. Who is footing the fiscal deficit bill which stands at 5.5 per cent of the GDP? Given the country’s precarious economic position, such generosity is criminal.

The PPP, meanwhile, also went into generosity mode. It announced a subsidy of Rs. 9.65 billion to farmers, for the purchase of tractors etc. Who had bought the tractors in their servants’ names the last time (the landlords, of course), is another story. Further, it announced Rs. 10.94 billion for annual development spending on agriculture in the 2018-2019 budget, leaving the farmers wondering why the government couldn’t implement several key schemes in its last tenure, which incidentally was abysmal in terms of performance. But the party remains undeterred; it decided to honour its illustrious colleagues in the Sindh Assembly for their “sterling” performances. And leading the award-winning pack was Mr. Zardari’s blue-eyed boy, former information minister Sharjeel Memon, who is currently being investigated by NAB on corruption charges. Another recipient was a woman parliamentarian of PML-F who had waved a shoe at the deputy speaker of the Sindh Assembly. Hurling shoes and profanities, accusing and abusing, slapping and scuffling with fellow parliamentarians has of late become quite the norm.

Except for a rare show of unity by parliamentarians during the passage of the FATA merger bill, the last year has been marked by increasing intolerance.

Even the simple act of choosing caretaker chief ministers for the respective provinces has become a major bone of contention. The PTI’s flip-flops on the issue of choosing a caretaker chief minister for KP and the Punjab — it has shot down its own nominees, in both instances — is a classic example.Is the PTI using such delaying tactics to secure a postponement of the general elections, as is being alleged?

Interestingly, the Balochistan Assembly, as well as MQM (Bahadurabad), are asking for a postponement of the elections, citing the Haj season, the heat wave and the unsettled issue of delimitation of constituencies as reasons for the deferral. By May 30, the Islamabad High Court had set aside the delimitation of ten constituencies. It remains to be seen whether the Election Commission of Pakistan sticks to the election date of July 25, or ends up caving in to the political parties making these demands.