On May 8, US President Donald Trump declared that he would be withdrawing from the nuclear deal with Iran, which has not only left the 2015 agreement involving seven countries on the brink of collapse, but has also put Washington’s imminent negotiations with Pyongyang on the nuclear issue in jeopardy.

Trump’s move means that the US will reimpose tough sanctions on Iran, with reports surfacing that, in addition to the pre-2015 impositions, new penalties are being considered in Washington.

The European Union meanwhile, maintains that it would be sticking to the agreement, even if the US pulls out.

“We have sent a message to our Iranian friends that as long as they are sticking to the [nuclear] agreement the Europeans will … fulfil their commitment. And they said the same thing on the other side,” the European Commissioner for Energy and Climate, Miguel Arias Canete, said at a news conference.

Even so, for Pakistan, US sanctions on Iran have historically sufficed in pulling Islamabad away from Tehran. And if there is one project that epitomises this, it’s the long stalled Iran-Pakistan (IP) gas pipeline, which the then Pakistan People’s Party (PPP)-run government had inaugurated in March 2013.

The 2000-km pipeline, which was to carry 22 billion cubic metres (780 billion cubic feet) of natural gas from the South Pars field to Pakistan annually, was supposed to be made functional within two years of its inauguration. However, even though Tehran had completed its side of the construction at the time of the inauguration, five years down the road Pakistan has not even begun work on its side.

Diplomatic sources claim that the IP wasn’t feasible five years ago, and it remains so now.

“In addition to the diplomatic stand-offs, one major problem has been the pricing formula, which still hasn’t been agreed upon,” a senior Pakistani diplomat reveals. “But yes, the major point of concern, which was shared with the Iranians, are the sanctions, and with the US now withdrawing from the deal, Pakistan simply cannot afford to indulge in a project that is neither economically feasible nor conducive to Pakistan’s diplomatic progress.” 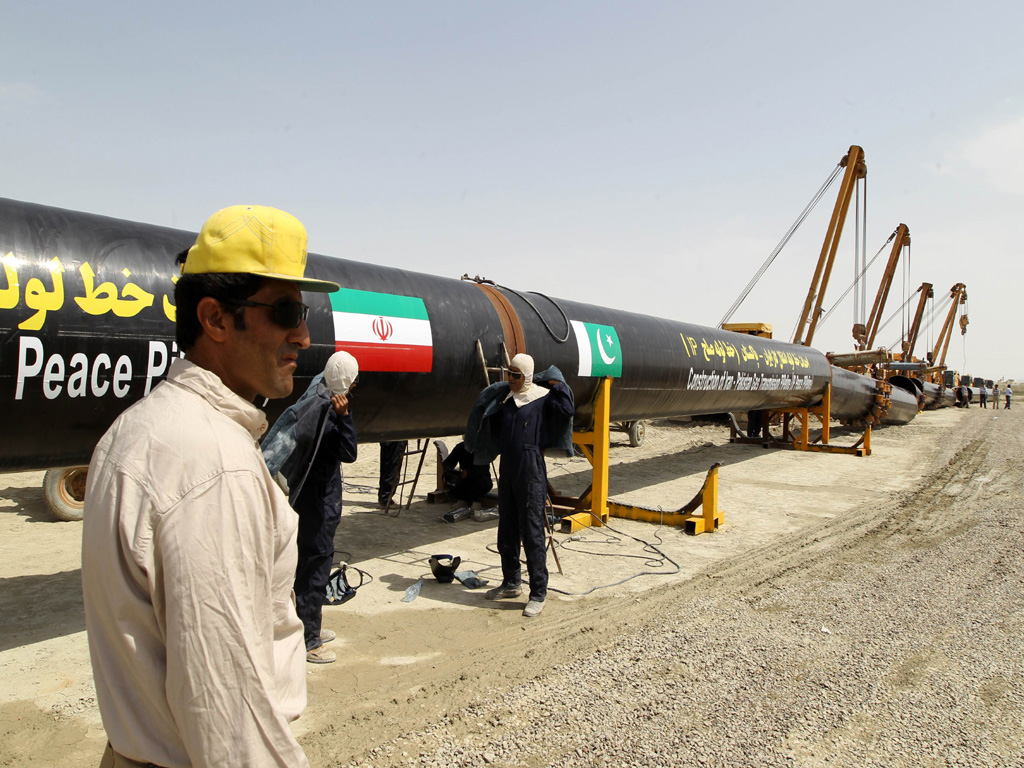 With the US singling out Pakistan at the Financial Action Task Force (FATF) meeting in Paris, for its alleged support to terrorists, and with the next meeting due this month, Islamabad would be wary of trying to get Washington to revise its position.

Pakistan’s relations with Iran have also been undermined by its close relations with Saudi Arabia. And Islamabad’s participation in the 41-state Islamic Military Counter-Terrorism Coalition (IMCTC) has not gone down well with Tehran, which believes that the IMCTC is a Sunni bloc designed to counter Shia influence in the Middle East.

“Not taking sides in any sectarian diplomatic divisions, not only on principle but also in view of the Shia population in Pakistan, has been at the top of the diplomatic rule book for us,” says former foreign minister, Khurshid Kasuri. “When I was the foreign minister, we came across multiple challenges where we were pressed to take sides. But strong diplomacy means that you improve your relations with all sides, without damaging ties with anyone else.”

The fact that former army chief, Gen Raheel Sharif, is commanding the IMCTC has been cited by Iran as ‘evidence’ that Pakistan is firmly in the Saudi camp. Diplomatic sources have also confirmed that Chief of Army Staff, Qamar Javed Bajwa’s November meeting with Iranian President Hassan Rouhani in Tehran was designed to address this very concern, in addition to holding discussions regarding cooperation in missile and space technology.

Professor Shameem Akhtar, diplomatic analyst and former chairman of the International Relations Department at Karachi University, says that the US withdrawal from the nuclear deal with Iran will further push Pakistan into the Saudi camp.

“They would be happy that the US has withdrawn from the agreement, because now they can cite it as an excuse to not be a part of many agreements with Iran, which is what they have been doing with regards to the Iran-Pakistan pipeline — for which the [Mahmoud] Ahmadinejad government also gave $500 million for Pakistan’s side of the construction,” he says. 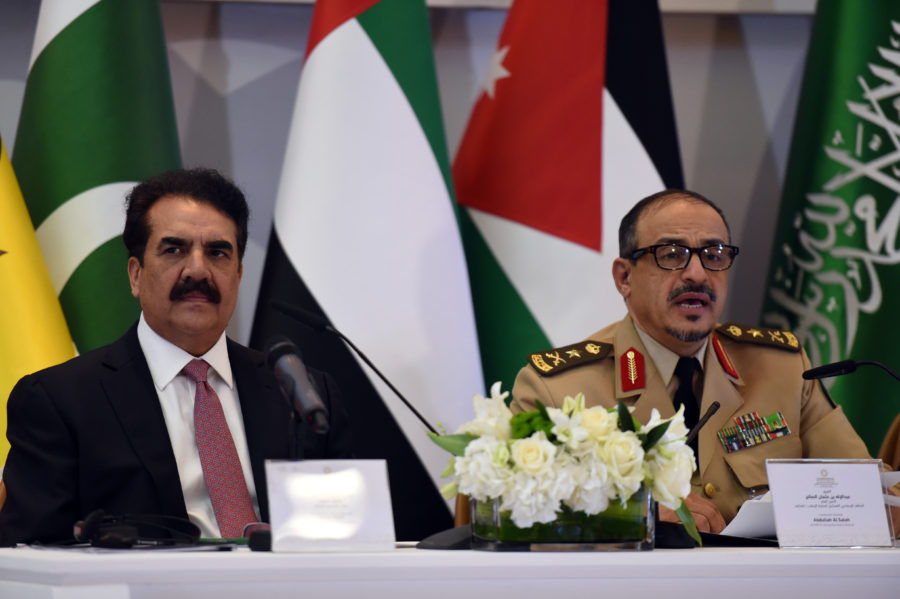 “It is actually the Saudi pressure that was the biggest factor in the IP not materialising, but it will be Donald Trump’s withdrawal from the nuclear agreement which will be cited as the reason. Pakistani officials would be quite happy with the development.”

Michael Kugelman, Senior Associate for South Asia at the Woodrow Wilson International Center for Scholars in Washington, agrees that the US withdrawal works in Pakistan’s favour.

“The US pullout from the deal puts India in an immediate bind, as it will need to figure out how to continue to manage a very important economic partnership with Iran, even as it takes care not to aggravate the United States. India is capable of executing these difficult diplomatic dances, but it won’t be easy. This difficult Indian position registers as a net positive for Pakistan,” he says.

Even so, Kugelman maintains that the IP was a non-starter from the beginning.

“I don’t think the Iran-Pakistan pipeline was going anywhere anyway, Iran sanctions or no Iran sanctions. So I wouldn’t deem the US withdrawal from the deal to be a bad thing for the pipeline,” he says.