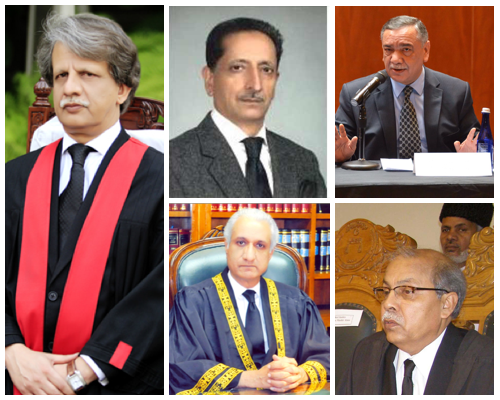 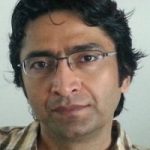 Asad Jamal is a lawyer based in Lahore.

Writing in a law journal in 1988, Justice Asif Saeed Khosa, a member of the Panama Case bench, declared that article 62(1)(f) provided “a feast of legal obscurities.” These provisions, like many other vague and uncertain provisions of law, remained unutilised until 2011, when the former chief justice of Pakistan, Iftikhar Muhammad Chaudhry, started using them as a basis to disqualify members of parliament.

The Supreme Court’s (SC) verdict in the Panama Papers case, far from being about money hidden in or through Panama, is about an ‘un-withdrawn salary’ in Dubai. The salary, according to the court, even if un-withdrawn, as asserted by the former prime minister, was a receivable and therefore, an asset which should have been declared by Sharif in the 2013 general election, as required under section 12(2) of the Representation of the People Act 1976.

The court, while entertaining a petition under article 184(3) of the Constitution, declared that the former prime minister did not qualify to be a member of parliament under article 62(1)(f). This constitutional provision requires a member of parliament to be “sagacious, righteous, non-profligate, honest and ameen.” This provision and others similar to it, have, since their introduction in the Constitution by former military dictator General Zia-ul-Haq, been viewed as devoid of the certainty necessary for the basic law of the land.

It was during the Chaudhry era that the SC expanded its jurisdiction to take up cases of corruption and other issues related to politics, or which belonged to some forum other than the apex court. Such an expansion of the SC jurisdiction has been referred to as ‘judicialisation of politics.’ Some observers in Pakistan have recently referred to it as a positive consequence of ‘judicialisation of mega politics,’ which leads to ‘increased constitutionalism.’ But does it?

Article 184(3) prescribes that the SC, in cases of “public importance” relating to the “enforcement of any of the Fundamental Rights,” conferred by Chapter 1 of Part II of the Constitution, has the power to make certain kind of orders.

In the process of the court’s expanding jurisdiction, Article 184(3) lost its original meaning as well as its words. A glimpse through the court’s jurisprudence in the last one decade or so, with a focus on this particular provision, reveals that it is no longer necessary that a matter brought before the court must be one relating to the enforcement of fundamental rights. Instead, showing that there is some element of public importance, howsoever vague it may be, is good enough. The decision to declare whether a matter brought before the court is one of public importance or not is invariably decided based on public opinion, which is often gauged by media trends, the judges’ personal and subjective inclinations, or, as in the Memogate case, the institutional civil-military imbalance, in which case the judiciary is more inclined to tilt favourably towards the military.

Let us now take the case at hand.

Article 225 of the Constitution prescribes in no uncertain terms, that no election to the parliament may be called into question except by an election petition presented to such tribunal and in such manner as may be determined by an act of parliament. A case of disqualification of a member of parliament belongs to a category of cases that clearly falls within the domain of tribunals established to deal with such questions. This is a bar set in the Constitution. As a result of the SC’s power-enhancing jurisprudence, and the judges’ proclivity to take upon themselves the task of cleansing the system of dirty people (often politicians), this provision too has been thrown into obscurity. All one has to do is to file a petition before the SC under Article 184(3), asserting that Articles 62 and 63 have been violated and bypass a constitutional bar without a whimper. Who would call this constitutionalism?

Are the adverse consequences of this institutional arrogance difficult to see? 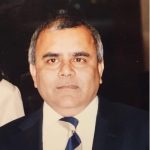 Yousuf Nazar is the author of Balkanisation and Political Economy of Pakistan, and has 30 years of experience in international finance.

Many in Pakistan are celebrating Nawaz Sharif’s dismissal by the Supreme Court as a triumph of justice and an ‘independent’ judiciary. That Sharif amassed a fortune in Pakistan and overseas over his long political career is old news. So what has changed? Is Pakistan going through a silent revolution and about to emerge as a truly democratic state on the world map? Or is this another instance of the superior judiciary being used by the military to maintain its control?

Sharif’s disqualification was hardly surprising — essentially because he didn’t seem to have learnt from his past mistakes. He isolated himself politically to a point where he was left vulnerable, with little support in parliament outside his own party and beyond his power base in central/north Punjab.

Sharif’s style of personalised governance did not help either. It hasn’t changed much since the 1990s, although Pakistan has become too big and complex – with its society violently fractured and institutions weaker – to be governed by a kitchen cabinet of loyalists and relatives. He showed little appetite for institution-building or carrying the other parties with him. While Sharif presented CPEC as a game-changer, his ministers repeatedly clashed with various parties over the actual route of the corridor, against a backdrop of allegations that the PML-N government was only interested in giving maximum benefit to Punjab. The federal government failed to come to an agreement with the provinces on revenue-sharing, as required by the Constitution. Karachi and Balochistan were virtually handed over to the security forces, while his interior minister, Chaudhry Nisar, went in and out of political hibernation.

In the backdrop of increasing political isolation, eroding moral authority, and infighting among his own cabinet members, Sharif’s fatal blunder was to assert control over critical foreign policy and domestic security issues without offering a clear vision. Nawaz’s relationship with the army during his third term started on a tense note, when he announced his plan to try Musharraf for treason, in June 2013. He lost significant ground during the first year of his tenure, when then army chief General (R) Raheel Sharif launched the military operation against terrorists. Sharif overestimated the power of the media. He relied on the largest media group, with the apparent objective of keeping the military on the back foot. Sharif rushed to visit GEO TV’s anchor, Hamid Mir, in hospital when he faced an assassination attempt in April 2014. The channel aired reports suggesting that the ISI was behind the attack.

The Dawn Leaks may have been pivotal in influencing the top military brass’s decision that Nawaz must go. The Dawn story in October 2016 contained little that had not already appeared in the international media in the past 15 years. Nevertheless, it proved too much for the military to digest. Nawaz had to sacrifice his information minister, Pervaiz Rasheed, and his trusted foreign policy aide, Tariq Fatemi, to appease the army, but apparently that was not enough.

The timing of the Panama Leaks proved to be a godsend. Even if the charges could not be proved conclusively, it made it easier to send a politically weakened Nawaz back to Raiwind on the minor charge of not disclosing assets. Pakistan’s fragile democracy will survive this, but its political leaders will now be extra careful when it comes to dealing with the army. But will they learn the bigger lesson: that corrupt civilian leaders with little moral authority and street power should not risk a clash with the military establishment? 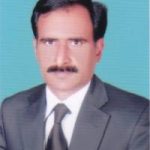 Ahmad Nadeem Gehla is a lawyer based in Multan.

Former prime minister Nawaz Sharif has been ousted from an elected office through a judgment of the Supreme Court. Sharif’s ouster under a court verdict has led many to examine that verdict through a political prism.

Superior courts around the world avoid interfering in political matters, citing the ‘political question doctrine’ — the United States v/s Nixon Supreme Court ruling being an exception. Refraining from interfering in political matters, despite having the jurisdiction to do so, helps the judiciary preserve its image of being an apolitical institution. Perhaps this explains why the Pakistani public perceive the judiciary of their country as being highly politicised.

Paula R. Newberg, in her book Judging the State: Court and Constitutional Politics in Pakistan (Cambridge, 1995), argues that for almost five decades the relations between state and society have been marked by an important role played by the judiciary in interpreting the constitution. Courts in Pakistan have played the role of an arbitrator in political conflict, thus acquiring a unique political character.

There are several question marks regarding the judgement that disqualified Sharif. The definition of ‘receivables,’ extracted by the court from Black’s Law Dictionary, does not figure in the accounting system prevalent in Pakistan. The receipt-based income and expenditure system are acceptable under the law. While the then prime minister did not receive any salary from his son’s firm in the UAE, he was not supposed to declare the same in his nomination papers. That being the sole ground to disqualify him may not be cited as a precedent in future cases.

Article 18 of the Constitution enshrines the equality of citizens and equal protection under the law. Although under the original jurisdiction, the Supreme Court can exercise the powers of the trial court, in this case, it has deprived Sharif of the right of appeal and on determining the applicability and scope of Article 62(1) (f) of the Constitution. In an earlier round of the Panama Leaks case, the Supreme Court observed that non-disclosure, which could lead to disqualification, should be material. Even if the Supreme Court’s definition of ‘assets receivable’ is valid, there remains the question of whether the non-disclosure of receivables would elicit the application of Article 62(1) (f).

The judgement in the Panama Leaks case has raised questions in the legal fraternity, regarding the scope and extent of disclosure by members of Parliament. An extended application of asset disclosure has exposed every parliamentarian to the possibility of disqualification and the situation does not seem very promising for the future of the democratic process. Those apprehending that the present judgement would have political implications have some weight in their argument.