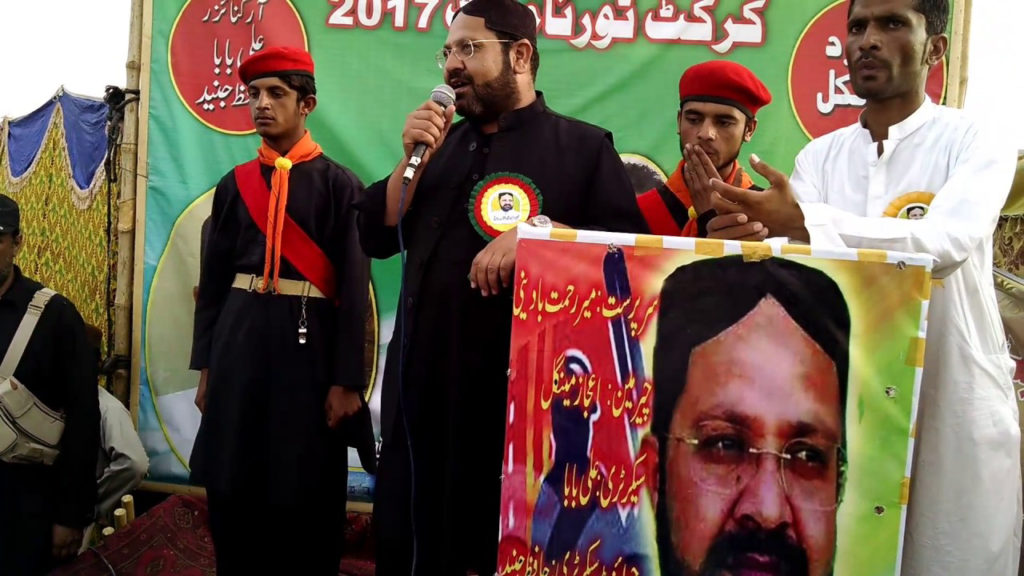 Never, in recent times, has a major election in Balochistan ended peacefully or without controversy. The by-election in the NA-260 constituency of the National Assembly on July 15, however, was an exception. This seat was declared vacant after the demise of Abdul Rahim Mandokhail of the Pashtunkhwa Milli Awami Party (PKMAP). The Jamiat Ulema-i-Islam Fazl (JUI-F) won the by-election on this seat, while the runner-up, the Balochistan National Party (BNP) conceded defeat. The manner in which this major election concluded, was unprecedented in the history of Balochistan.

Elections in Balochistan have always been controversial and marred by allegations of rigging. In the 2002 elections, the ‘king’s party’ — the PML-Q — and an alliance of right-wing conservative parties — the Mutahida Majlis-i-Amal (MMA) — secured a majority in the Balochistan Assembly and formed the government. Nationalist parties alleged that the result of the election was rigged by General Pervez Musharraf’s state machinery. Later, officers serving under Musharraf even conceded that they had rigged the 2002 elections in favour of the pro-Musharraf parties.

Moreover, in 2008, a majority of the opposition parties in Balochistan boycotted the elections. It allowed newcomers and relatively lesser-known candidates to win despite receiving a low number of votes. Elections were boycotted because the opposition feared rigging by Musharraf’s administration. The assassination of Benazir Bhutto changed things. The 2013 elections too, were controversial, due to a low voter turnout in major parts of Balochistan and widespread allegations of rigging — allegedly carried out by the parties in government. The NA-260 by-election, therefore, was a refreshing change.

The NA-260 constituency is the largest in Pakistan, in terms of the area covered. Yet little is known about it. As a result, the election did not get the necessary coverage in the national media. NA-260 spreads across three districts of Balochistan: Quetta, Nushki and Chagai. Sprawling over an area of 50,000 square kilometres, it is of international significance, as it shares borders with Afghanistan and Iran. The constituency consists of 460,000 registered voters, from all the major ethnic denominations in Balochistan; namely, Baloch, Pashtun and Hazara. More than 80 ethnically diverse tribes dwell here. Its mammoth size and demographic diversity makes it, arguably, the most important constituency in Balochistan. The trends observed in the latest election, undoubtedly have greater implications for the upcoming general elections in 2018.

On the night of July 15, the election results from all 407 polling stations started to come in. The contestants made conflicting claims about the results. The Election Commission of Pakistan (ECP) lacked a system whereby they could announce the results to the candidates as well as the media. Later that evening, it was clear that JUI-F candidate, Mir Usman Badini, was in the lead.

By the evening of July 16, the unofficial, provisional results were announced by the ECP. Badini of the JUI-F won the battle with 44,610 votes, Bahadur Khan Mengal of the Baloch Nationalist Party (BNP) bagged 37,481 votes, Jamal Tarakai of the PKMAP, 20,485 votes and Umair Muhammad Hassani of the Pakistan People’s Party (PPP), 19,840 votes. The candidate of the Pakistan Tehreek-i-Insaaf, Dr Muneer Baloch, only managed to bag 2,825 votes.

In this election, the voter turnout was only 29 per cent, as compared to 41 per cent in the 2013 general elections. However, turnout is almost always relatively low in by-elections as voters do not take the same interest as they do in the general elections. Analyses of voter trends in NA-260 from 2002 onwards, show that the JUI-F secures the highest number of votes there. In the last four elections held in this constituency, the JUI-F has secured a total of over 129,000 votes. This proves that support for right-wing conservative parties is not only intact, but is on the rise.

Apart from the conservative vote bank, tribal notables also have formidable support in this constituency. It is the party that they join that gets the votes. The 92,000 votes received by the PPP and 56,000 by the PML-Q in this constituency in the last four elections are the votes garnered by the tribal notables. These dynamics are applicable to Balochistan as a whole.

Traditionally, the JUI-F had always fielded candidates from its own ranks of seminaries and prayer leaders of mosques. This time round, however, they played a masterstroke by giving a party ticket to Badini — a scion of an affluent real estate developer. Badini spent a fortune on his campaign. Almost all the tribal chiefs of the constituency supported him and, according to reliable sources who requested anonymity, Badini spent tens of millions of rupees in buying their support.

“We lost the election narrowly because our opponent managed to secure support of more than 30 tribal chiefs in NA-260,” laments Qasim Pirkani, a young BNP leader from Quetta. According to Pirkani, the BNP managed to muster over 37,000 votes without the support of any tribal chief. This, he explains, is a major achievement in these by-polls.

Another source in the BNP, who wished not to be named, told Newsline that one reason that the BNP narrowly lost the election was due to the poor choice of candidate. “People personally disliked the candidate and therefore chose not to vote for him, despite being supporters of the BNP,” claimed the source.

Saleem Shahid, a veteran journalist based in Quetta, told Newsline that despite its loss, the BNP demonstrated its dominance in the area. He agreed with the assertion that the family background of the JUI-F candidate and his wealth played a huge role in his success. “On elections at this level, the local alliances matter and the JUI-F was the beneficiary of such an alliance,” explained Shahid.

Moreover, two of the ruling parties were not visible in the polls. The Pakistan Muslim League-Nawaz (PML-N) announced its support for the JUI-F candidate and had no role to play in the polls or the election campaign. This has led many people to question its popularity among the masses.

Jan Achakzai, a Special Assistant to the Chief Minister of Balochistan on Media, disagrees with the assertion that the PML-N has lost popularity among the masses. “The PML-N’s popularity cannot be determined by one seat, and one that never belonged to PML-N in the first place,” argues Achakzai. He claims that in the forthcoming general elections in Balochistan, the achievements of the PML-N, in terms of energy production, terrorism control, employment generation and political integration, will determine its success.

Lastly, due to the enormous size of the constituency, not a single candidate was able to cover the entire area during the campaign. This begs the question as to why such vast constituencies are formed. This election raised the demand that the boundaries of NA-260 should be redrawn and that it should be significantly reduced in size. Unfortunately, this will not happen until at least 2023, because the Pakistan Bureau of Statistics has failed to provide the census data to the ECP, for constituency delimitations for the 2018 elections.