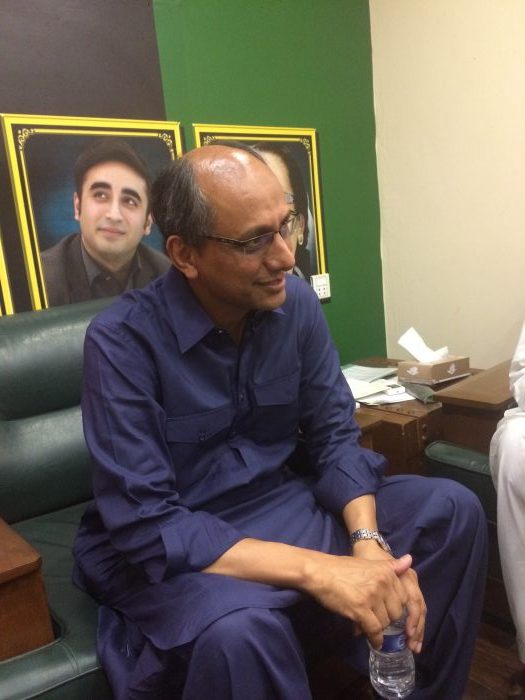 Tell us about your background and your family’s connection to Karachi.

My family has lived in Karachi for more than 200 years. On the paternal side, since my great-grandfather, no one has lived outside Karachi, although there are a few relatives on the maternal side. Panju Goth, near Mewa Shah graveyard, in the old Golimar locality of Karachi, is named after one of our forefathers. My family was huge; some of them lived in Lyari, while my immediate family came to Chanesar Goth. They were working class people, poor and impoverished. 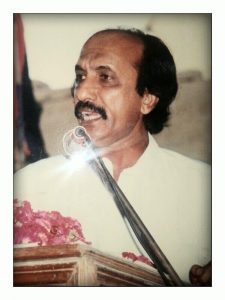 Your father, Usman Ghani, actively participated in the politics of labour unions. When did he enter mainstream politics to contest elections on a PPP ticket?

My father, despite poor economic conditions, continued his studies and got a job at Muslim Commercial Bank. Later, he joined party politics, and contested a by-election in this constituency (PS-90 in the old delimitation) on a PPP ticket in 1992. The opponent was Irfanullah Khan Marwat, then an advisor to the chief minister.

It was a close contest in which my father got around 6,000 to 7,000 votes. Marwat won by a small margin. It is said that as per initial reports, my father had won, but the results were manipulated and Marwat was declared the victor.

In 1993, he contested the general elections, this time against a joint candidate of the MQM and PML-N alliance. Interestingly, Marwat had left the constituency he had won twice, and chose to contest from another constituency, PS-89. The MQM candidate was the winner, and my father was runner-up; he got around 9,000 to 10,000 votes. These figures contradict the MQM’s claim that the PPP never had much support in this constituency.

How did you enter politics?

In 1995, my father was killed near the Kala Pul bridge. I had to come forward to take his place in the MCB union. Later, I contested the local bodies’ elections, winning two consecutive terms in 2001 and 2005, and served as opposition leader in the city council. In 2005, when I contested the local bodies’ elections in UC Jamshed Town, Marwat and the MQM joined hands against me. The elected MNA from that area at the time was Safwanullah of the MQM, while Rauf Siddiqui — also of the MQM — and Marwat were both provincial ministers. We were in the opposition. The MQM was at the peak of its power, and despite their intimidation and manipulative tactics, I defeated their joint candidate by a margin of 2,000 votes.

But the MQM refers to the 2008 and 2013 general elections, in which the PPP was not even the runner-up, and your candidates hardly managed to get three to four thousand votes.

The MQM resorts to lies and half-truths to discredit our victory. They refer to the 2008 general elections, saying the PPP candidate in PS-114 got only 2,500 votes, but they forget to add that in 2008, Nafees Siddiqui of the PPP had, due to his friendship with Marwat, withdrawn the PPP candidate. Since the PPP symbol was there on the ballot papers, he got 2,500 votes despite the fact that he had withdrawn. The candidate for the National Assembly did contest and bagged 17,000 votes.

In the 2015 local bodies’ elections, the PPP got 18,000 votes in all the six union councils which constitute PS-114, and MQM got around 20,500 votes, so we had a difference of just 2,500 votes. Jamaat-i-Islami (JI) and Pakistan Tehreek-i-Insaf (PTI) had an alliance that bagged 11,000 votes. After these elections, we approached the enraged masses, many of whom decided to join the party. That is why I said that I already have 18,000 votes, and the rest will come as a result of our engagement.

You have said that in the 2008 general elections, your candidate from PS-114 had been withdrawn in favour of Marwat. Isn’t that an interesting revelation in light of the opposition to Marwat in PPP ranks, which was evident from the reaction of party workers and Benazir Bhutto’s daughters when Marwat offered to join the PPP?

It is a fact and is on record. I haven’t stated something devoid of facts, though I have to clarify the circumstances. At the time when Benazir Bhutto was killed, neither Zardari sahib, nor his children, were aware of decisions taken at the local level. The decision was made at the behest of Nafees Siddiqui. Our candidate had withdrawn just three days before polling day. It was more of a local level arrangement than a party decision.

The elections were held peacefully, and termed fair as compared to the past elections in the city, yet there were complaints on your part and from PPP workers about the way the Rangers behaved. Some people complained about receiving calls from private numbers.

There are complaints about the way some members of the law enforcement agencies behaved and mistreated our workers. Even on the day of polling, there were complaints of obstructing the polling process, slowing it down, harassing and intimidating the voters, by members of other political parties, and the harsh treatment of the law enforcement agencies. Most complaints came from polling stations where the PPP had supporters, and which were later won by us. Some workers complained that they had received calls from private numbers. In two cases the numbers were identified, and were associated to navy personnel, so they were informed about this, and they had to take action against them. 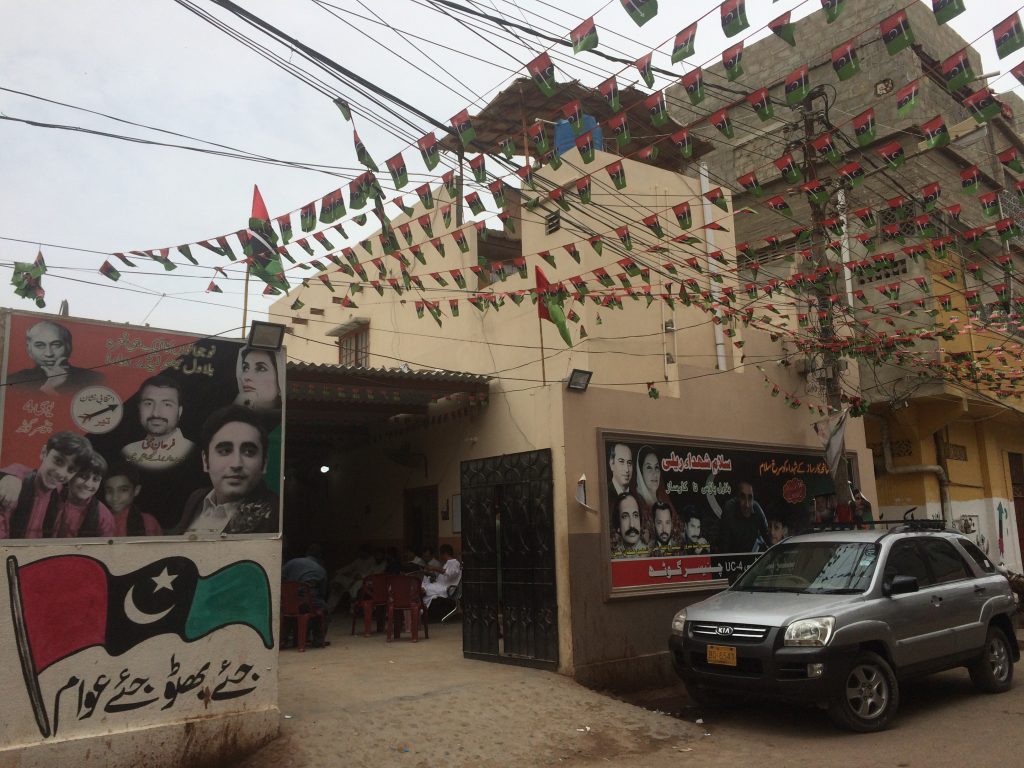 You have claimed that the PPP will emerge as the largest party in Karachi in the upcoming general elections. On what do you base this reading?

With the improved law and order situation and the weakening grip of the MQM, we are sure that elections will be free and fair, and the MQM will get its actual share of votes — and not the implausible numbers it had claimed in previous elections. Other parties will also get their fair share. So, based on our reading, and our performance, we are sure that we will produce better results.

Lyari, the oldest of the Karachi settlements and, traditionally, a vibrant place in terms of political activities and awareness, has been a stronghold of the PPP. But people believe that the PPP can’t be absolved of the role it played in turning it into a battlefield of warring criminal gangs.

The PPP did its best to resolve the issues faced by the people of Lyari, regarding employment, educational institutions and hospitals. As far as the gangs are concerned, they are linked to the party, but the real culprit has not been questioned. It was Zulfiqar Mirza who supported these gangs, and quit the party when the PPP government took action against them. He should be held accountable.

What do you think of the overall performance of the PPP and its treatment of Karachi during these two terms? The city lacks basic amenities and has been turned into a garbage heap.

If we hadn’t performed well, why would people vote for us? The 24,000 people who voted for the PPP in PS-114, have found our performance better, so they extended their support. Similarly, the rest of Karachi too would vote for us.

The local government should be held responsible for picking up the garbage; they have all the machinery and staff for it.

They do have powers in their hands, according to the law. What MQM demands is a devolution of powers as was provided by the 2001 Local Government Ordinance of the Musharraf era. However, not only Sindh, but all other provinces have changed that law, and have brought in new legislation. If the MQM wants amendments in the law, the place for it is the Sindh Assembly, and not the courts.