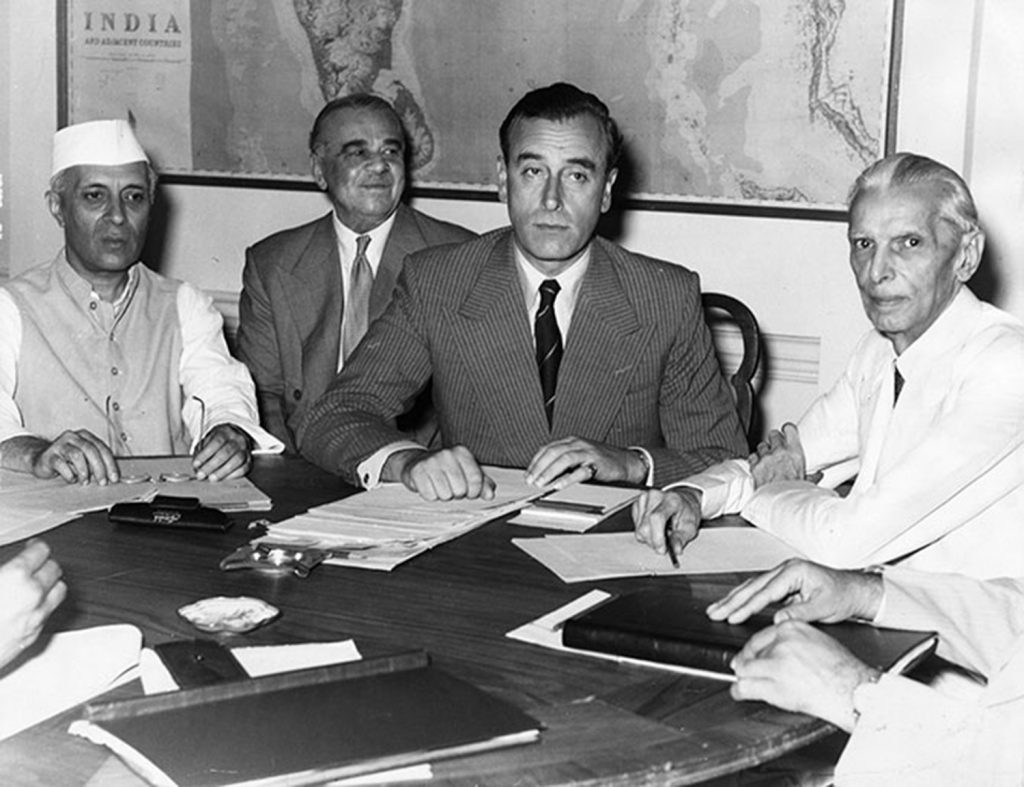 Prior to the British Raj, practically all kingdoms and empires in South Asia were autocracies or oligarchies, in which the ruling elite treated the country as a personal estate, to be exploited for self-aggrandisement. Political order was an extension of military strength and the army was the central pillar of the regime, as well as the source of challenges to the rulers and a provider of potential replacements, should the reigning oligarch, or autocrats, weaken. Most regimes had a nexus of religious or ideological affiliates that were patronised in exchange for propagating the divine nature of the ruler. There was no legitimate mode of succession from one ruler to the next and such occasions often led to assassinations, coups, and wars of succession, with the winner liquidating the vanquished. Each ruler sought self-protection through the creation of a personalised network of administrators and military officers, who would be dependent on their master for position and advancement — access that could be arbitrarily revoked at any time, with tragic consequences for the servant.

The political order that developed during the British Raj was, in several important respects, different from earlier empires. A judicial distinction was drawn between public office and state property on the one hand, and private wealth and property on the other. The military was subordinate to the civilian bureaucracy and colonial political elite. Soldiers ceased to be personal servants (or slaves) of the rulers and became subordinate employees of a state. That state was officered by a civilian bureaucracy recruited at the higher and middle levels through merit, and protected while in service, from arbitrary changes to its status, becoming, in the process, servants of a state rather than servile extensions of a ruling household, or individual. The British Indian state was secular in its criminal laws and constitutional order and proved relatively even-handed in its treatment of a diverse population. While building upon the executive apparatus it had inherited from its predecessors and converting those instruments into autonomous institutions, the British Indian state also introduced into South Asia certain alien practices that laid the foundations of India’s colonial democracy. These included the articulation of sovereign authority through periodic formal enactments that served as India’s constitutions before independence, granting representation through nomination and electoral contests, and a judiciary that was autonomous of the executive. In the public arena that the Raj created and sustained, leaders of outstanding calibre would emerge: Ambedkar, Azad, the Nehrus, Gandhi, Jinnah, Liaquat Ali Khan, Patel, and many others. They not only participated in political life, but rose to national and international prominence. Indians and Pakistanis, who routinely bemoan the failure of their countries to produce leaders of comparable integrity and intellect since 1947, seem to miss the point that such individuals could only thrive in public life on account of the quality of the colonial state in which they operated.

In the wake of Partition and independence, Pakistan was soon locked in a trajectory that saw it revert — in the substantive sense — to the pre-British norms of political order and administration. In contrast, India’s colonial democracy was able to stabilise and mature, so that by 1952 its first (and current) republic transitioned to parliamentarianism legitimated through universal adult franchise. Pakistan’s divergence arose from several key factors. First, relative to its size, Pakistan experienced a far greater disruption on account of Partition. Faced with an internal and external siege, Pakistan’s founders prioritised nation-building with particular emphasis on administrative consolidation and centralisation and development of military capabilities. Second, the Muslim modernists, who had led the struggle for Pakistan, had employed religious symbols and rhetoric during their campaign. This raised expectations, skilfully exploited by religious fundamentalists, who had opposed the creation of Pakistan on the grounds that the country did not fit their notions of an Islamic state, and who then proceeded to create a great deal of confusion during the constitution-making process. Third, the Muslim League was unable to make the transition from a national movement to a stable governing party with a well thought out manifesto, and, beyond a desire to stay in office, little else seemed to bind its leaders and cadres together. Fourth, Jinnah’s death in September 1948, and Liaquat Ali Khan’s assassination in October 1951, removed both political leaders of national stature in rapid succession, producing a dangerous vacuum. And finally, the policy of rapidly replacing British military officers with Pakistanis, under the nationalisation of the armed services policy, meant that the prime minister, who was also the defence minister and chair of the Defence Committee of the cabinet, dissolved the wall of insulation that had preserved civilian supremacy in British India. This would lead to the Rawalpindi Conspiracy of 1951, Pakistan’s first attempted military coup. 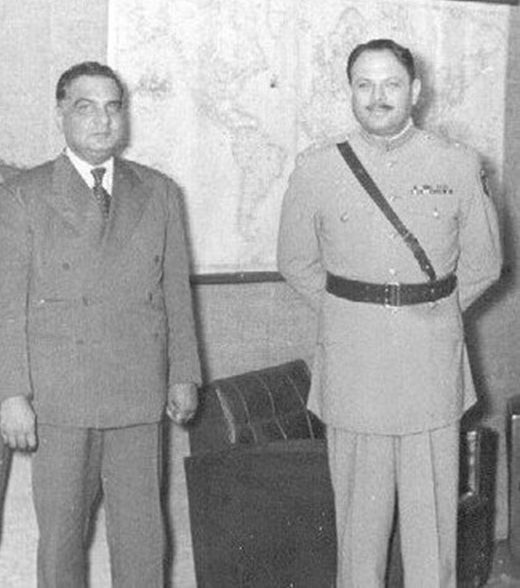 The concurrent operation of these five factors undermined the requirements for constitutional parliamentary order and with the Constituent Assembly still debating basic principles in 1952, the government was running out of legitimacy. This encouraged elements within the civilian bureaucracy, the armed forces and the judiciary, to coalesce under the leadership of the governor-general and prepare to seize power from the politicians. In 1952, the secretary of the interior had bluntly warned the prime minister that if the politicians did not start taking their policy-making functions seriously, and if they did not stop parroting Islamic slogans while treating the state as a personal fiefdom, the government’s future appeared bleak and Pakistan would degenerate into the kind of “primitive conditions” that prevailed in the Middle East. The premier did not take heed and the emerging governing corporation seized the opportunity created by the anti-Ahmadi agitation in the Punjab, to capture power and overthrow the government on April 17, 1953 — Pakistan’s first successful coup (more than a year before the Pakistan-US defence pact). Between 1953 and 1958, this governing corporation would function as an oligarchy in which the military supported civilian bureaucrats and friendly politicians. The falling out between the two major oligarchs (President Iskander Mirza and General Ayub Khan) after the president abrogated the constitution and declared martial law, led to the onset of military rule by October 27, 1958.

Since 1958, Pakistan has been unable to maintain even the semblance of a stable political order and has alternated between periods of direct military rule (1958-1971, 1977-1988, 1999-2008), interrupted by weak civilian-military diarchic regimes (1988-1999, 2008-present), or civilian autocratic populism (1971-1977). One theme that is common to these dispensations is the arbitrary exercise of power, which entails the rejection of the colonially induced dichotomy between public office/wealth and private gain and has reduced the civilian bureaucracy to a disorganised mass of personal retainers and primordial networks. As the autonomy and professionalism of the civilian administration has declined in absolute terms, the challenges Pakistan faces as it staggers towards the mid-21st century, have grown in complexity. A diminished administrative state facing escalating challenges has set the stage for demographic disaster and environmental catastrophe, likely to materialise within the next 20 years. Complicating matters further is the fact that since the Zia regime’s programme of Islamisation, Pakistan’s state and society have emphatically rejected the epistemological legitimacy of rationalism and humanism, which are indispensible elements of modernisation — without which, the country cannot hope to meet the challenges of the 21st century. Since Pakistan’s colonial inheritance was much more limited than India’s, it made sense for Pakistan to revert to pre-British Indian norms of political order and governance, sooner.

Seventy years after independence, Pakistan’s political order is that of a constitutionally unstable polity, dominated by its military. This state is quasi-theocratic and has made a wide range of concessions to the communal sentiment of its Muslim-majority, which has, however, instead of producing solidarity, generated violent sectarianism and militant extremism, undermined women’s rights, and ended the constitutional equality of citizens. Pakistan is, politically, a pluralistic society in the sense that multiple political parties compete for votes in periodic elections, and the sentiment in favour of democracy is sufficiently strong and even military regimes have had to allow some kind of competitive politics and co-opt civilian leaders. At the same time, even during periods of formal civilian rule, the political class is too compromised by its lack of morality, incompetence, and the inability to understand the basics of modern administration.

This, of course, is not the kind of country Pakistan’s founders had envisioned. There has been no serious attempt to engage with what the Quaid-i-Azam actually thought about the practical problems that would have to be resolved. Jinnah’s Pakistan was meant to be a parliamentary democracy, with little or no public space/state authority conceded to religious orthodoxy. Jinnah’s state would have been committed to comprehensive industrialisation and modernisation within a capitalist framework, and would have necessitated the emancipation of women. The armed forces and the civilian bureaucracy would be autonomous in their respective spheres of influence, but ultimate authority would rest with the elected representatives. Jinnah’s understanding of governance and his vision for Pakistan, when articulated comprehensively, alienates every powerful constituency in the land, which goes some way towards explaining the entrenched nature and pervasiveness of the dysfunction that continues to propel it in the opposite direction.