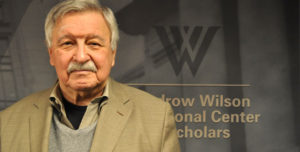 William Milam is a former US diplomat who was Ambassador to Pakistan and Bangladesh and a Senior Scholar at the Woodrow Wilson Centre in Washington DC.

Pakistan turns 70 in mid-August. It had just turned 50 when I arrived in 1998. And like A.E. Housman’s, ‘The Land of Lost Content,’ I saw it then “shining plain.” That was encouraged, among other influences, by friends who knew Pakistan well and had written a monograph called ‘Pakistan at 50.’ The overriding sense of this monograph was that Pakistan had turned a corner, had put military rule behind it, and would emerge eventually into modernity and democracy. What was needed from its friends was patience. It would be a messy transition, as most transitions are, but in a good direction. Yes, the military was still involved in governance, but it seemed to be happy in the political background into which it had faded after 1988. It was even thought to welcome a continued fading.

But it became very clear very quickly to me that the political path we hoped would take the country towards modernity and democracy was actually circular. During my time, it circled back through military rule, and later through several versions of hybrid rule with elected civilian governments out front and the military behind a curtain. This is where we remain today. One thing my optimistic friends didn’t count on, but I learned very quickly, was that the major civilian parties were more interested in being in power for the benefits that being in office always bring, and when out of power would connive with the army to get back into power. Their commitment to democracy was paper thin.

Twenty years later, as Pakistan celebrates its 70th birthday, we ask what has changed, and in the context of politics, the answer is, essentially, nothing. Oh, there has been much change in the security situation, with a war against domestic insurgency fought, and not yet fully won. This, naturally, has impacted politics by increasing the power and the importance of the military.

Sadly, Pakistan’s birthday celebration this year was marred by a disheartening political crisis, in which the outcome, in my view, weakened an already deficient democratic political structure. This drama appeared to be a continuing symptom of the continuing power struggle between the elected government and the military, and has been the case historically, one in which the senior judiciary sided with the military eschewing strict adherence to the rule of law. Reminiscent of the 1990s, the crisis has been provoked by political opposition, which seems to view democratic elections as not necessarily the only legitimate path to power. How this outcome plays out politically is yet to be determined, but safe to say that the role of the military in governing has not been attenuated.

The contours of this crisis are, in one way, symbolic of the 70 years of Pakistan’s troubled history: it is yet another reminder that Pakistan remains stuck at a rudimentary level of an arrested political and social development; the country has never been able to make the transition from a more fragmented political structure to a unified, strong and coherent state. After 70 years, power is still shared, and disputed, between elected civilians and a self-elected military.

This latest crisis could well blight the celebration of its 70th birthday. It may also reduce attention on the major challenges facing Pakistan in its eighth and ninth decades. The so-called global order that has developed since its 40th birthday is rapidly turning to disorder, ripped asunder by the revived currents of populism, revisionism, and nationalism throughout the world. These currents have lain dormant, for the most part across the world, for almost 100 years, since their heyday of the 1930s. Unlike its 50th and 60th birthdays, when the global order seemed on an even keel and Pakistan’s challenges were mainly of its own making, the 70th will take place in a world that is much different from the world that existed 10 years ago. The rapidly changing structure of global governance (if it can be called that) will offer a number of passage ways to the future, all of which are, however, uncertain, dangerous and obscured in shadows.

The liberal democratic path, with its Westphalian rules-based approach to international intercourse, is no longer the sole viable option. The revisionist Russians and Chinese, who seem to hearken back to the philosophy Thucydides ascribed to ancient Athens, i.e. that weaker [states] should be subject to the stronger, and justice is not a given, only a cudgel that weak states use to try to restrain the strong, the authoritarians such as Turkey, who share their fondness for one-party authoritarianism with the revisionists, and the populists/nationalists (the US), who judge all issues from narrow nationalist criteria, have obviously become strong competitors in the global marketplace of ideas on governance. In this market of expanding models, one wonders whether Pakistan might be attracted away from its long-standing, if so far, fruitless struggle to find a path to a sustainable democratic system. Its closest ally, China, is certainly not shy about offering its own version of political development. It is not clear to me, however, that any of the revisionist/authoritarian/nationalist models on offer are sustainable. Certainly none are the end of history.

In its 70 years of existence, Pakistan has had a number of opportunities to change its course, to set itself on the path to a modern, democratic society. This, I know, is not as easy as it sounds. Leaders can’t just snap their fingers and summon the transformation genie from whatever bottle in which it has been hiding. It seems the transformation is, by its very nature, incremental. Revolution, which in theory promises swift and complete transformation, has historically ended up in tyranny of one kind or another.

Pakistan has had more than its share of the trauma that could set off transformation. So far, it has made no difference. The most traumatic, of course, was the loss of the eastern half of the country, which deprived Pakistan of a great deal of talent and energy. It is possible that the secession of East Pakistan was inevitable because of its unnatural geographic separation from the western half, although the policies and attitudes of the western half, from the early 1950s onward, seemed designed to foster separation. But out of that disastrous loss of territory came a severe loss of public confidence in Pakistan’s armed forces, and the opportunity for the popular democratic leader, Zulfikar Ali Bhutto, to institutionalise a subordinate status and role for the military. This did not happen because, as I understand it, Bhutto wanted to use the army to further his political goals, particularly in Balochistan. In doing so, he revived both its political role and its self-esteem.

I know now that it is arguable that, in the end, nothing would have changed even if Bhutto had wanted to ensure civilian dominance over the military through the constitution and the consolidation of Pakistan’s political institutions. This is especially true if one believes that it would not have prevented the 1977 military coup against Bhutto, and his execution, and thus the 11-year military reign of Zia-ul-Haq. But it is my contention that had Bhutto ensured the subordination of the military to civilian authority through the constitution and strengthened civilian institutions, the coup and all that followed could not have happened. This is the saddest part of Pakistan’s history: that the country could have, and probably would have, slowly modernised and democratised on its own, if the military had stayed in the box it put itself in by losing East Pakistan. The military coup in 1977 led to an 11-year assault on modernisation and democracy — a period which still remains definitive in Pakistan’s development. Not only did the military regime of Zia-ul-Haq bring religious fundamentalism into governance and into the constitution, but I believe it solidified the military’s belief in its role as both a necessary and sufficient political leader of Pakistan. This helped to lock in, among other things, its indo-centricity, i.e. that India is the ever-present existential threat that requires army involvement in all aspects of Pakistan’s political life. It continues to inspire what I call, the “equivalence syndrome,” which is the idea that Pakistan must equal India in all respects — India being of course seven times larger in population and substantially better off economically.

There are many other times in Pakistan’s history when a road taken, or a road not taken, might have begun a slow trickle of modernisation and democratisation that would have turned into a river over decades. Of the road not taken variety, one could cite the very under-rated Prime Minister Huseyn Suhrawardy’s vain attempt to turn Pakistan away from the two-nation theory (and separate electorates) in the mid-1950s — a theory that may have made sense in achieving a separate Pakistan, but made no sense in a democratic system of an already formed Pakistan. This theory has been the fountain from which springs much of Pakistan’s communal problems and its treatment of minorities ever since. There are countless other examples of roads not taken that might have contributed to that river. I fear, however, that most of the roads taken by Pakistan’s political leaders have in one way or the other served to dry up, or dam up, the river of democratisation. Perhaps the plethora of distasteful models out there will serve to concentrate the minds of Pakistan’s political leaders in the next decade.